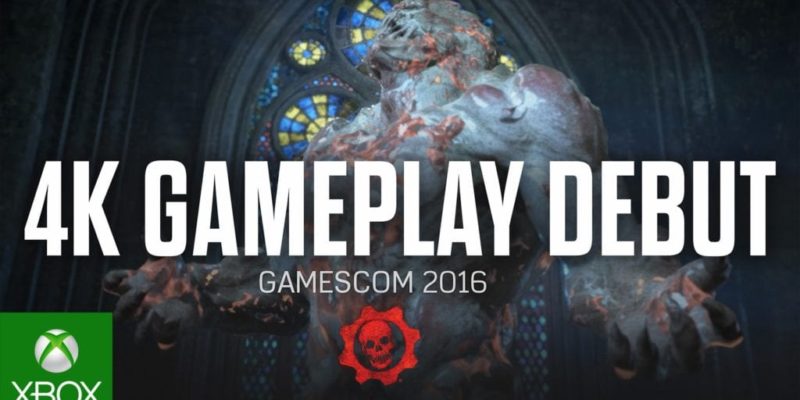 By the looks of things, Microsoft will be demoing the PC version of Gears of War 4 at GamesCom in a short, playable portion of the ‘Rescue’ chapter from the game. They’ve also issued the Minimum, Recommended and ‘Ideal’ specs needed to run Gears of War 4 when it comes to Windows 10 in October.

According to the piece linked above, Gears of War 4 will support “comprehensive video settings, increased texture resolutions, dynamic resolution support up to 4K and more” on the PC. As if to prove that latter point, the footage released today (below) is said to have been captured in 4K from a PC with an Nvidia 1080 card inside.

Here’s an image with the PC specs laid out (click for larger), followed by the gameplay video. 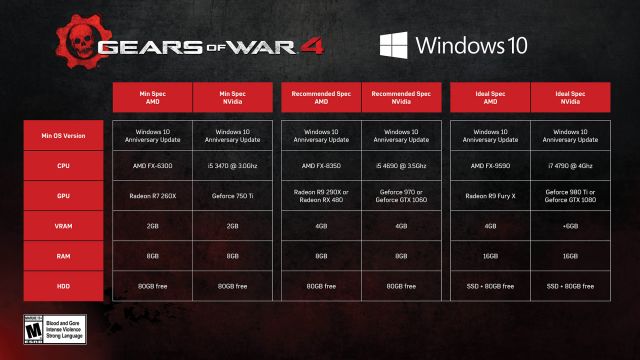