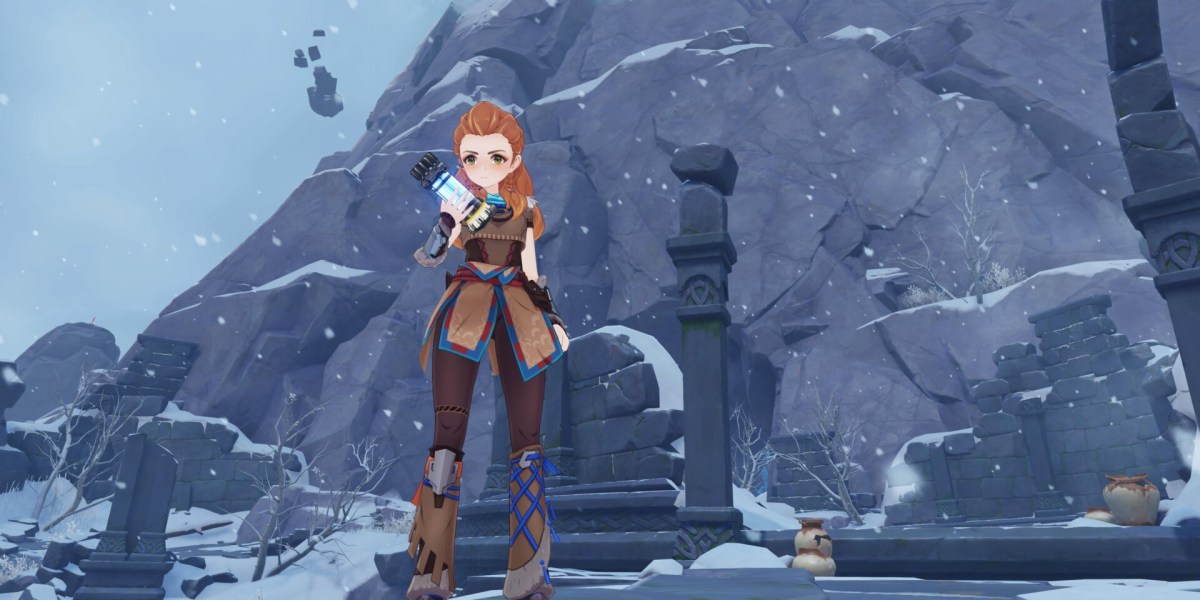 Aloy is quite a popular character as she’s the hero of the Horizon Zero Dawn and Horizon Forbidden West games. She also joins Genshin Impact‘s roster as part of a promotional crossover event. Here’s our mini-guide to help you obtain Aloy and the Predator Bow in Genshin Impact if you’re on PC or other platforms.

Note: For more information about the game, check out our Genshin Impact guides and features hub, as well as our version 2.1 overview. Likewise, you can take a look at our character/build guide for Aloy.

Genshin Impact: How to get Aloy if you’re on PC or other platforms

Aloy might be a free 5-star character in Genshin Impact, but she’s also a PlayStation exclusive. You’ll receive her via in-game mail if you’re on a PS4 or PS5 with the launch of the version 2.1 update on September 1. Just make sure that you’ve already reached Adventure Rank 20. If you’re on PC or other platforms, you’ll need to wait until version 2.2 becomes available on October 13.

Hold on, what if you do own a PS4 or PS5 but you don’t have Genshin Impact for those systems? Well, simply go ahead and install the game and the version 2.1 update. Then, upon launching it, link your existing miHoYo game account with your PlayStation Network account. This will allow you to try Genshin Impact on your console so you can grab Aloy via in-game mail. When you’re done, just start the game on your PC so you can continue playing as Aloy.

Note: Yes, it’s possible that there are those who have buddies with a PS4 or PS5. As tempting as it sounds to have someone else log on with your miHoYo account on their PlayStation system, we don’t recommend this since it can potentially cause issues with your account’s security. Likewise, it’s also possible to receive the Predator Bow in your mail once you hit Adventure Rank 20. The weapon has ATK% as a sub-stat and the “Strong Strike” perk:

Unfortunately, the Predator Bow is considered a PlayStation exclusive. I’ve been told that you could still have it in your inventory if you switch to a PC or another system. But, you’ll lose the “Strong Strike” perk, making it almost useless.

Note: Still, if you want it, make sure you’re able to hit the required Adventure Rank before version 2.3 goes live. The item itself will remain in your in-game mail for 365 days, so claim it when you can.

By Jack Salter5 hours ago
Guides