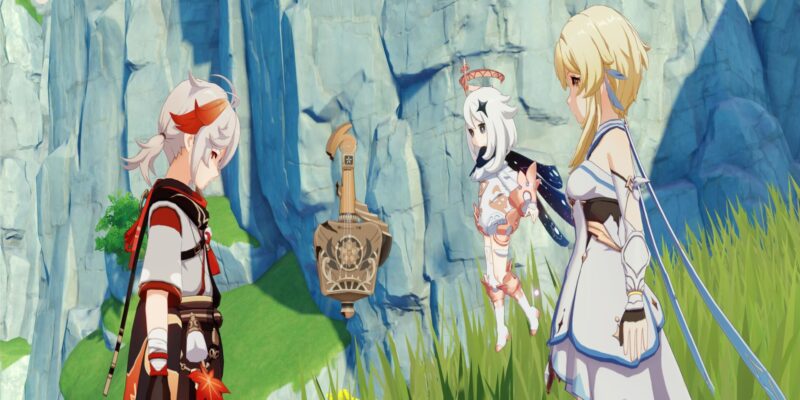 Genshin Impact knows how to grant players unique rewards when completing events. The new activity, which is basically a rhythm mini-game, is no exception. Here’s our Genshin Impact guide to help you obtain the Floral Zither gadget during the Tuned to the World’s Sounds event.

Note: For more information about the game, check out our Genshin Impact guides and features hub. Likewise, you can take a look at our main guide for the Tuned to the World’s Sounds event.

The Floral Zither gadget is the main reward in Genshin Impact‘s Tuned to the World’s Sounds event. It’s not available at the moment since only the performance called “An Old Friend’s Send-off” is live. Instead, we’ll need to wait for the last performance called “Where to Next?”

Given that we’ll have new performances that get unlocked each daily reset, then “Where to Next?” will be available on October 21. According to the rewards panel, you’ll only need to acquire 600 points on normal mode to obtain the Floral Zither gadget. Don’t forget to master those multiple long button presses to ensure that you’re always getting a decent score. 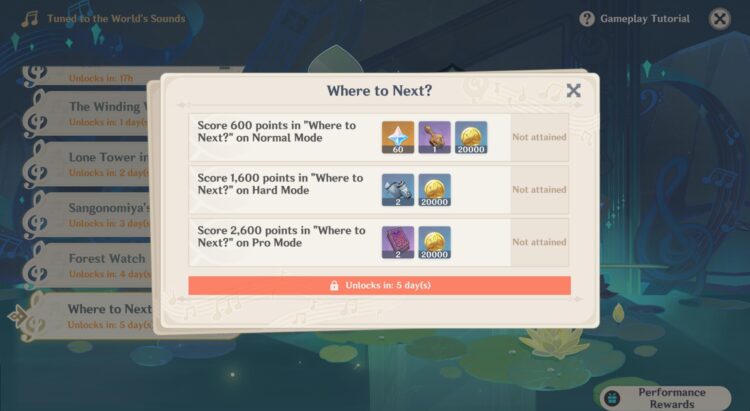 Here’s the kicker, though. As of now, we still don’t know if previous performances need to be completed or if it’s possible to just wait until Day 7 and do only that challenge. Another point of contention is that the Tuned to the World’s Sounds event in Genshin Impact is a rhythm mini-game similar to the Ballads of Breeze activity that we did back in March. That activity was part of the Windblume Festival where we obtained the Windsong Lyre gadget. As a musical instrument, that really wasn’t particularly useful to us in the long run. So, yes, there’s a possibility that the Floral Zither will just be another part of our collection that doesn’t help much when it comes to exploration or discovery.