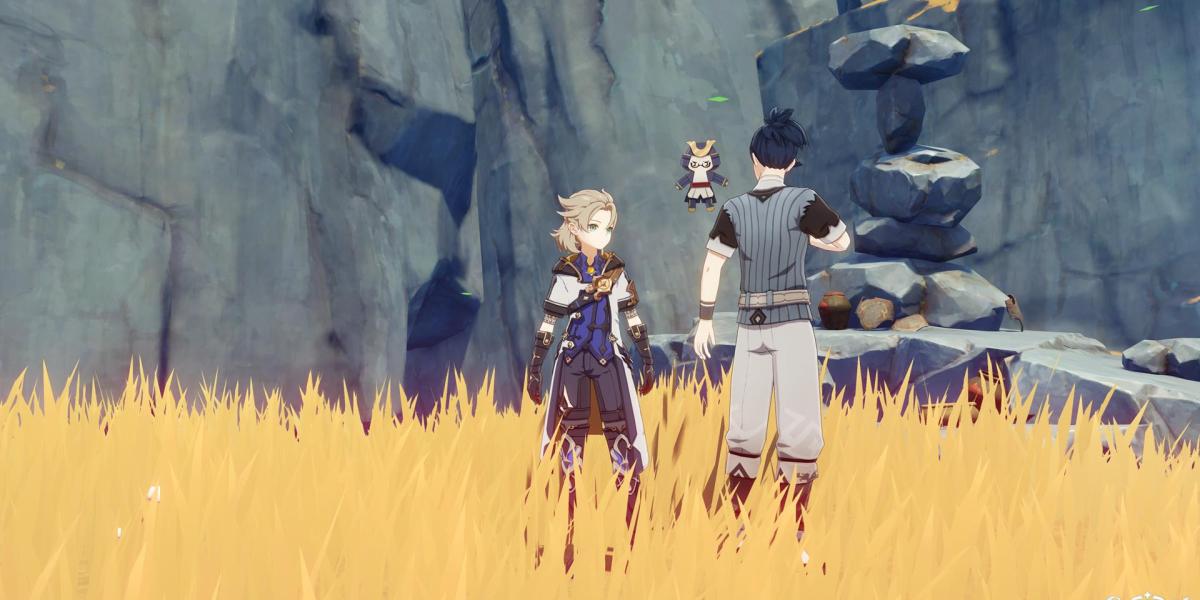 While exploring The Chasm’s overworld in Genshin Impact, you’ll come across a miner named Wang. He’s got a task for you, and it’s going to take you all over the place. Here’s our Genshin Impact guide to help you with The Millennial Mountains quest, as well as offerings such as the Cup of Commons and more.

To start The Millennial Mountains in Genshin Impact, you’ll want to go east of the teleporter near The Chasm’s Maw. There, you can talk to Wang who’s in front of an altar. He says that there are six items that can be used as offerings and the camera will pan out to reveal their general locations. 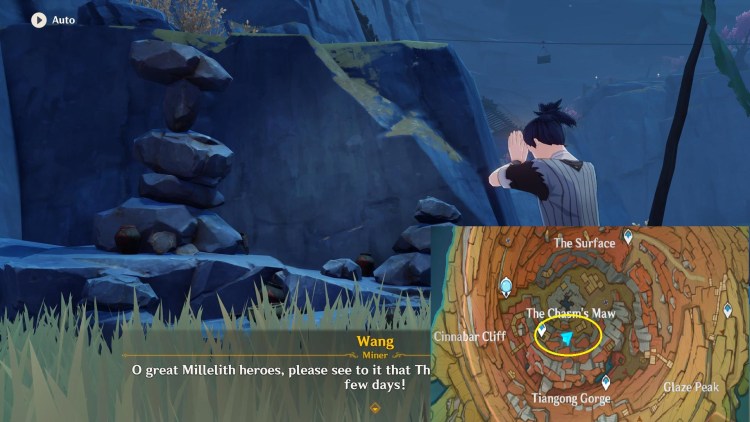 Spawn at the Statue of the Seven and use the launchpads to get on top of the cliffside. Follow this north until you see another launchpad. 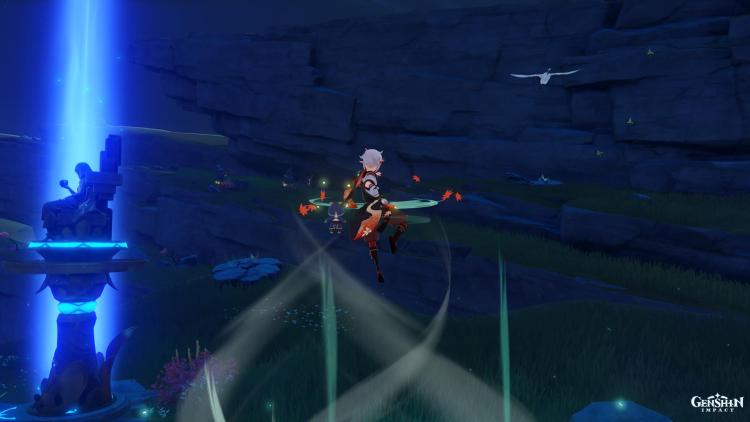 In any case, follow the sloping path south until you see some Qingxin flowers. Once you pick the Qingxin, you’ll receive the Flower of Farsight.

However, the NPC, Tang Wuchou, will attack you. After beating him, he’ll give you another sidequest called A Cliffside Hero’s Past, which we won’t discuss here. 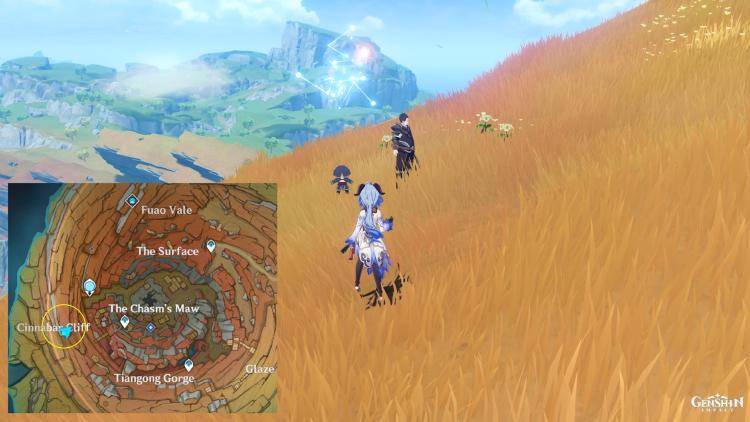 From the cliffs, look east to see a tall rock formation (as encircled in the image below). You’ll find the Warrior’s Spear there. 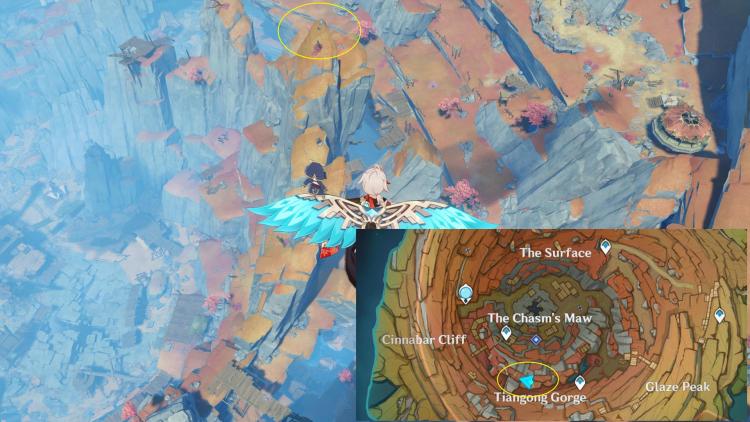 Use the easternmost fast travel point (the one closest to Qingxu Pool). Then, go back to the entrance area where you initially saw the Millelith guards. The walls and cliffs here are smoother, which means climbing them should be easier.

Eventually, you’ll spot a section that’s jutting out, and it happens to have a wooden pole. You can get the Skyfeather there. 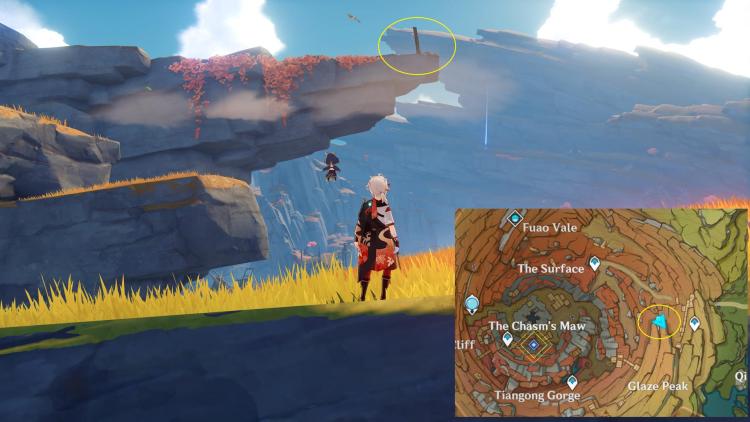 From your current vantage point, you can use the Anemo rings to traverse the hilly path, moving counter-clockwise until you reach the northern section. Alternatively, you can use the fast travel point near The Surface. Just above that and to the west, there’s an altar that’s guarded by a Treasure Hoarder. Check the altar for the Sundial of Ages. 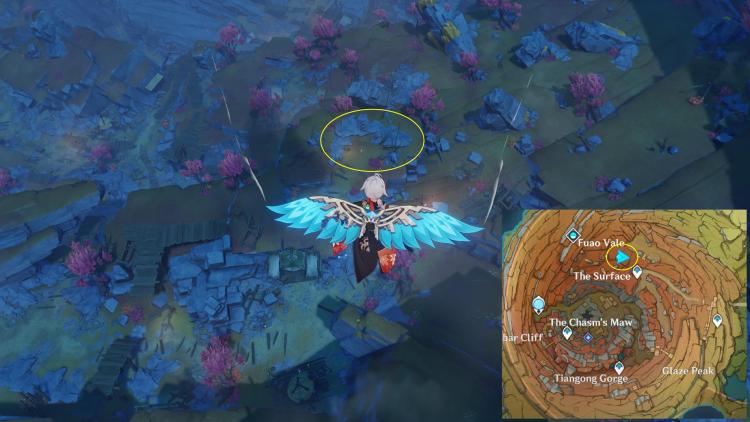 For the Helm of Warding item in The Millennial Mountains quest in Genshin Impact, you’ll have to go near the center of The Chasm’s Maw. There’s a construction site here with a giant crane. 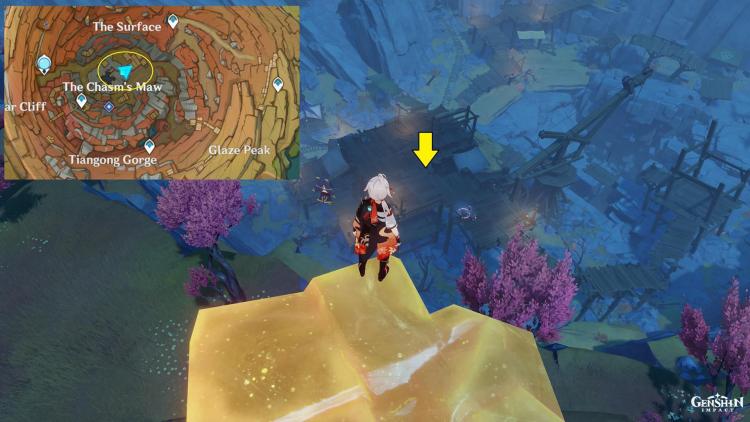 Just below that is a small room with braziers and an explosive barrel. You can torch the place or use Pyro abilities to burn the straw mat. It will reveal a hidden niche that has the item. 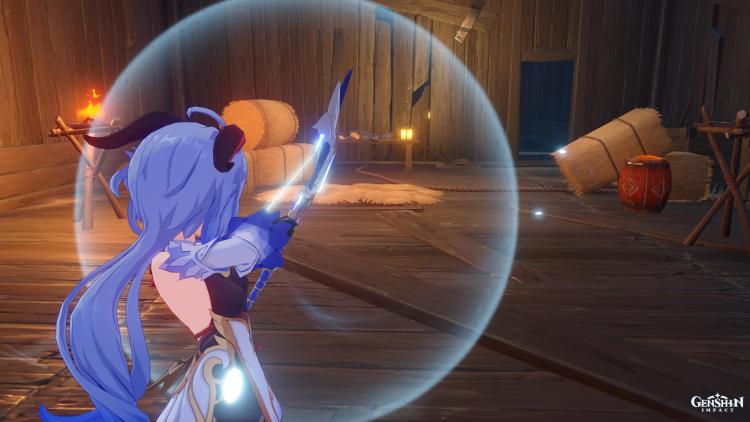 Last but not least is the Cup of Commons item in Genshin Impact. You’ll want to go slightly east of the teleporter in Tiangong Gorge. Remember the spot with a Bedrock Key — the one where you had to ride lifts just to hit the crystal turrets? If you do, you’ll know that there are some Treasure Hoarder mobs here who’ll say that they’re Millelith agents. This will start a sidequest called Undetected Infiltration. 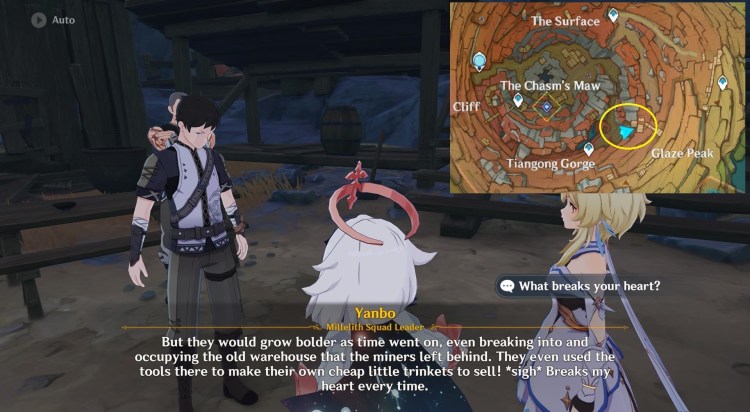 The goal here is to make your way to the teleporter in Lumberpick Valley. The Millelith guard will tell you about the Treasure Hoarder camps nearby.

The last camp will pit you against a dozen foes and a couple of elites, too. After beating them, you can open a chest that has the Cup of Commons. 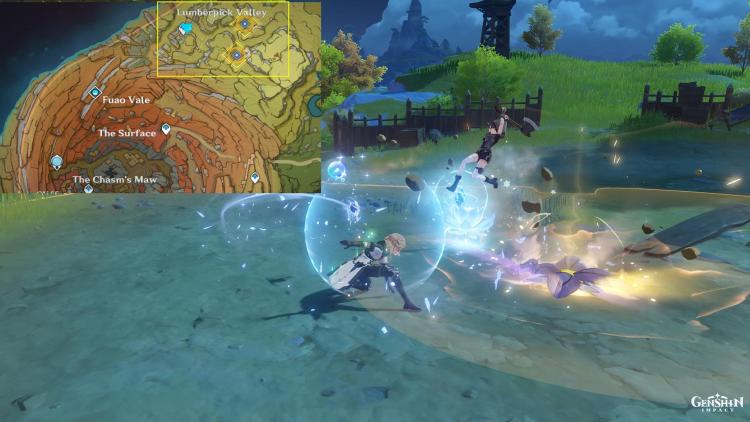 Once you have all six items, return to Wang and offer them at the altar. A Luxurious Chest will spawn off to the side, and you can also pick up the items with a purple glow to obtain artifacts. Finally, talk to Wang once more to complete The Millennial Mountains quest in Genshin Impact. 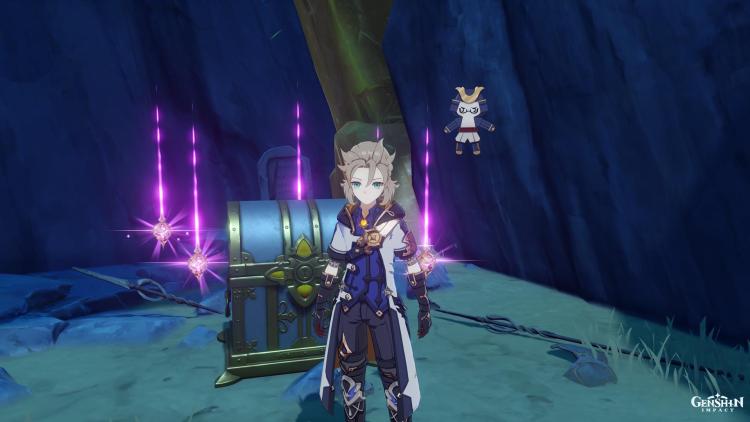 Weird West: Important decisions and points of no return guide

By Kurt Perry56 mins ago
Guides