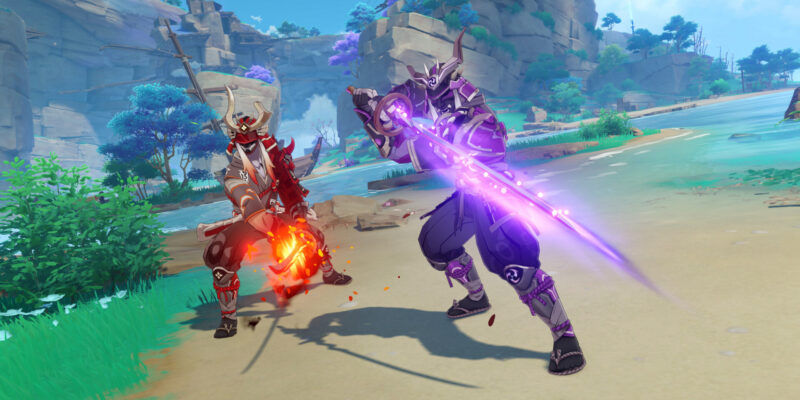 If you decided to roll for Kamisato Ayaka in Genshin Impact, then, chances are, you’ve been hard-pressed to find ascension materials for her. True, you can look for Sakura Blooms and battle the Perpetual Mechanical Array to amass the resources that she requires. However, you’d start wondering where all the samurai went off to. Here’s our Genshin Impact Nobushi samurai locations guide to help you farm Old Handguard, Kageuchi Handguard, and Famed Handguard materials in Inazuma.

Note: For more information about the game, check out our Genshin Impact guides and features hub, as well as our version 2.0 overview. Likewise, you can take a look at our character/build guide for Kamisato Ayaka.

If you use the Adventurer’s Handbook to track Nobushi, the game will probably just give you a couple of locations: Jinren Island and the cliffs near the Court of Flowing Sand domain. But, your targets are actually found in all three zones of Inazuma (i.e., Narukami Island, Kannazuka, and Yashiori Island).

You definitely want to farm all these spots since Nobushi mobs don’t always drop Handguards. Likewise, the blue variants (Famed Handguards) tend to be very rare. 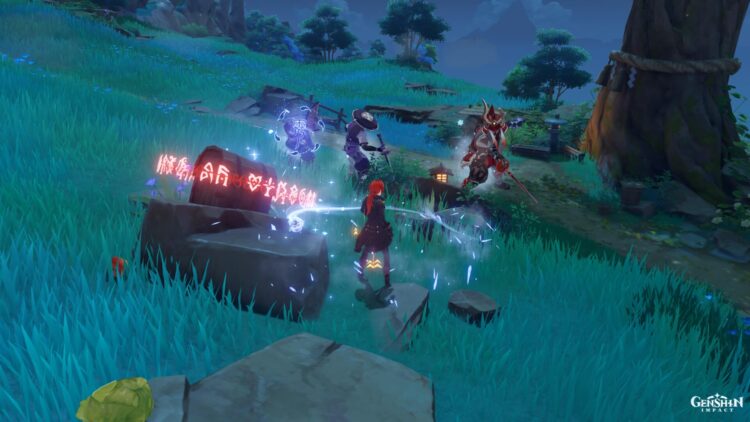 As a general rule of thumb, a lot of Nobushi samurai like to frolic at the beach, so you’ll see them if you follow the sandy shoreline of each island. There are also those who stay near huts in grasslands. Likewise, a few might be surrounded by treasure hunter mobs, and, in some cases, others would magically spawn once you’re close to an area.

Note: I didn’t include Nobushi that you’d fight only once from the “Touch the Sword Hilt” activities, those that spawn via specific tasks (i.e., Luxurious Chests), and those that are part of Relay Stone puzzles (these ones don’t drop loot). I also avoided some locations that are a bit too far from fast travel points or those that I rarely go to as part of my Genshin Impact Nobushi Handguard farming route. 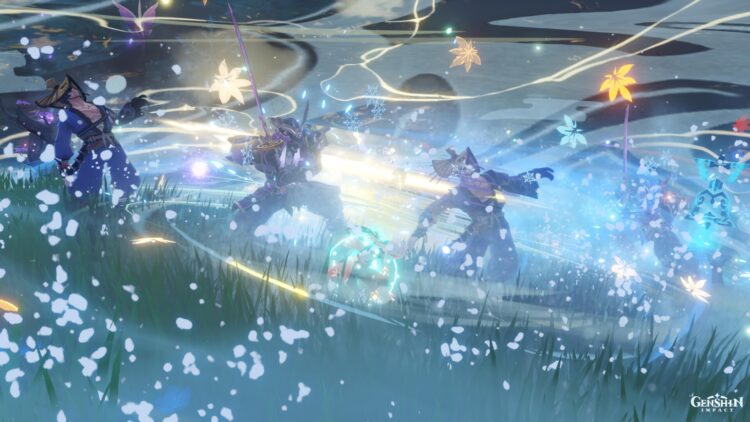 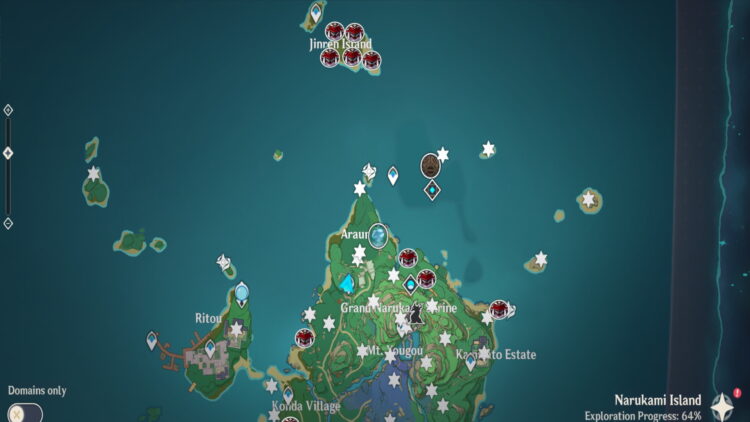 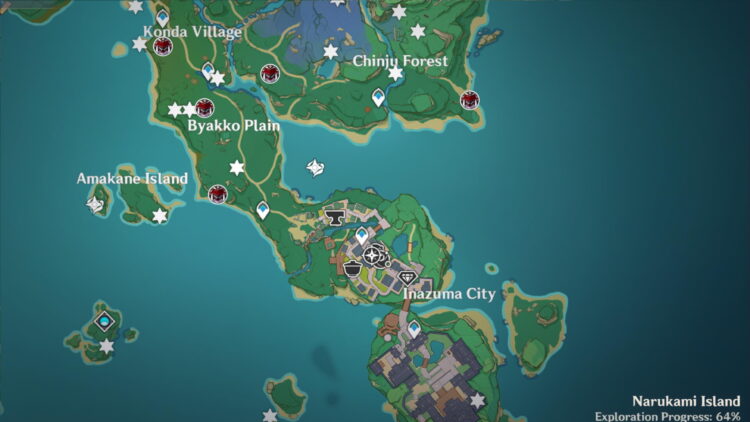 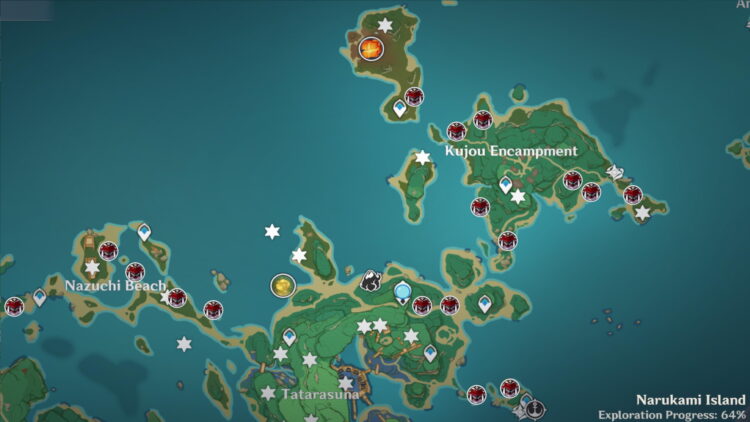 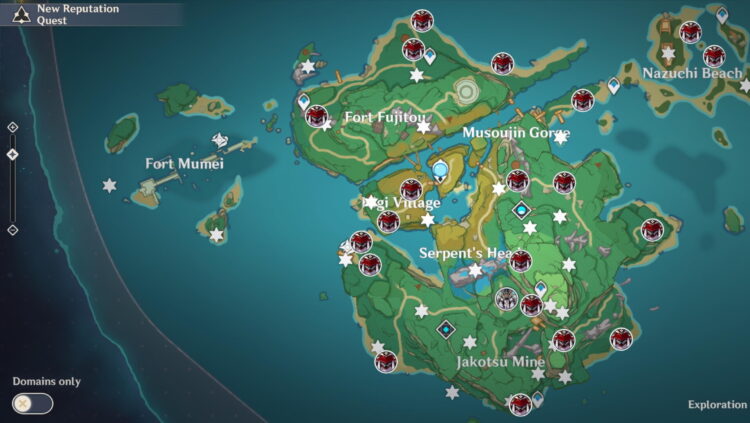