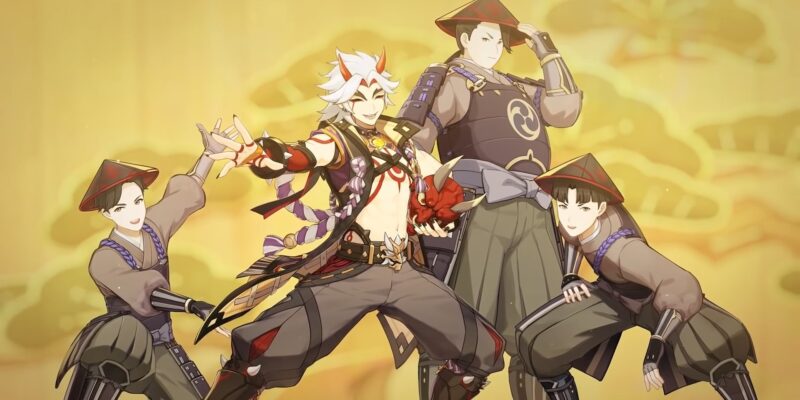 Oh, Itto. You received a brand new teaser trailer, hyping players up to about your appearance set to arrive next week. You expect crowds of Primogem hoarding, ravenous crowds to beckon you to their parties. Unfortunately for Arataki Itto, however, he was arguably usurped in popularity with another faceless figure. While the teaser trailer was meant to hype up Itto, most fans paid attention to the end, where an unreleased character was vocalized for the first time: Kamisato Ayato.

Ayato is the brother of Kamisato Ayaka, both members of the Kamisato Clan and important figures in Inazuma. Ever since Ayaka’s appearance in Genshin Impact, many fans have anticipated the arrival of her brother, Ayato. And he made his first appearance, which made fans go wild…well, sorta. At the end of the teaser trailer for Arataki Itto in Genshin Impact, an unseen voice makes comments about Itto, and fans have pointed out how it was likely Ayato’s voice.

No one pays attention to me

Okay, it isn’t that bad. Plenty of players are excited for Itto. But lots of the focus has been going to Ayato’s voice, as hyped as he is. The teaser trailer shows Itto wresting away a stage performance, a comical folly between humans and onis. Near the end of the teaser, offscreen, Ayato appears to compliment Itto over the show and warn him of an incoming arrest. We know this is Ayato because the Japanese teaser trailer credits voice actor Akira Ishida for voicing the character.