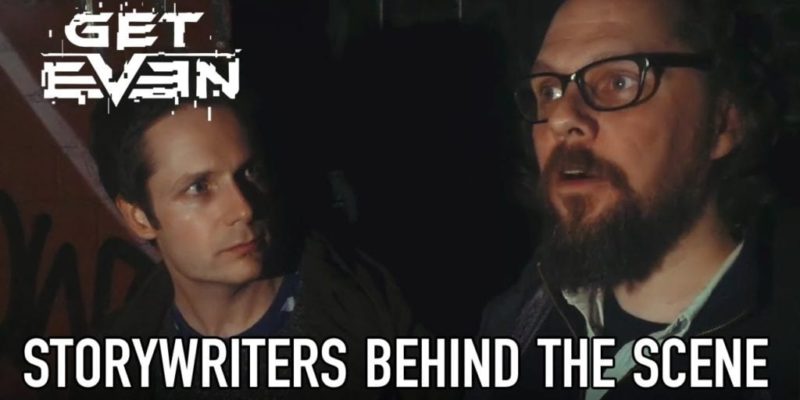 The latest trailer for The Farm51’s first-person sort-of-horror-mystery-shooter (I think) Get Even features the game’s main writing pair. Iain Sharkey and Stephen Long have collaborated on several projects with Derren Brown, so it’s probably safe to expect a fair bit of misdirection.

Unless that’s exactly what they want you to think, of course. Maybe this whole thing is an elaborate ruse and the story in Get Even is actually very straightforward. Going off what they say in the video, though, that isn’t the case. In fact they characterise Get Even as “ten hours of not knowing what’s going on”.

That’s a risky route to go down, but if the ‘reveal’ at the end is strong enough it could be rather an interesting title. All I really know is what’s reiterated in the footage here. You’re someone called Cole Black (nice), stuck in what appears to be an asylum. You were apparently trying to save somebody. That’s about it.

Here’s the video. Don’t be surprised if it contains secret hypnotic code to make you steal a painting or push a guy off a roof or something.