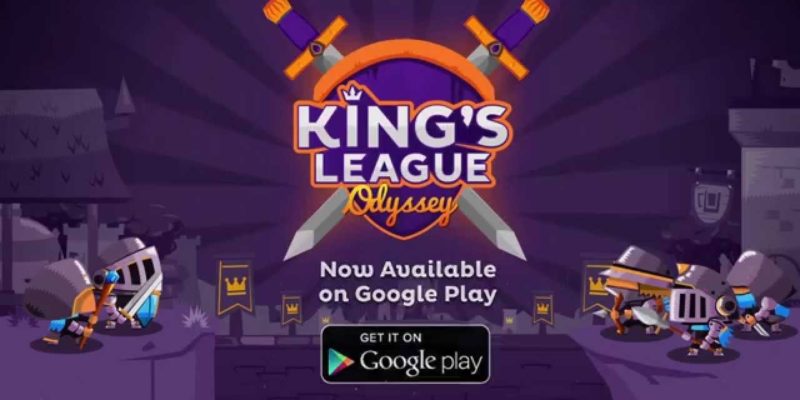 Gamenauts and Kurechii Studio announces the eagerly anticipated launch of the Android version of King’s League: Odyssey for Google Play. The acclaimed strategy title has garnered top industry awards such as Touch Arcade’s iOS Game of the Week, Armor Games’ Best Action Game of 2013 and Kongregate’s April 2013 Game of the Month award.

In addition to mobile exclusives such as new dungeons, all-new characters, enemies, and enhanced HD graphics, players are treated to a brand new Android-exclusive character. Android fans can finally join the ranks of royalty for $1.99 on Google Play.

Recruit and train a team of over 40 classes, such as Dragoons, Hunters, and Berserkers, to rise up the league ranks against rival teams vying for a seat at the king’s round table. Lay siege on cities to gain enough gold and gems in order to upgrade training facilities, level up soldiers through aerobic, aquatic, and academic activities, and unlock recruitment areas. For more rewarding challenges, explore numerous side quests and menacing dungeons to gain the glory of the realm.

King’s League: Odyssey is available now for $1.99 on Google Play.

République: Episode 2 Arriving May 1st on the App Store, Episode 1 on Sale Now