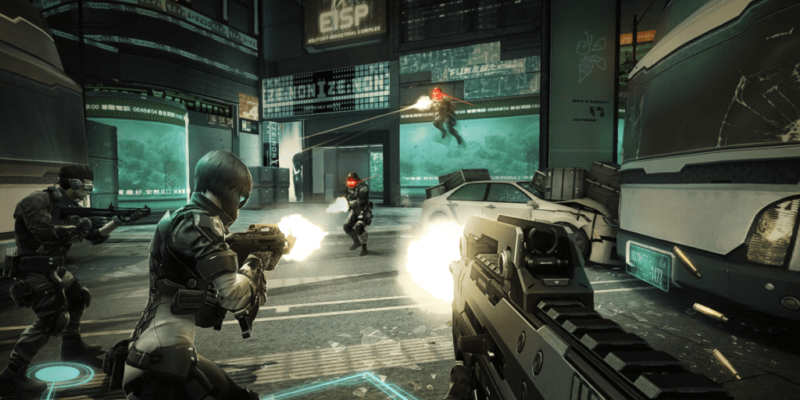 Back in December 2015 we went hands-on with Ghost in the Shell: Stand Alone Complex – First Assault Online,  prior to it launching into Early Access and it looked promising but needed some work. Since then the development team has continued working on the game but there has been little traction for the shooter based on the hugely popular manga and anime series. There are currently only around 300 people playing the game which is free to play.

Not being able to break through with the game, developer Neople is pulling the plug on 6 December and the game store is being removed along with all DLC.

This just goes to show that basing a game on a popular franchise is not always a winning formula. What is interesting is that Nexon is the publisher and recently Splash Damage took back control of Dirty Bomb from Nexon stating that they were not getting enough support from Nexon. This could be one of the problems GITS has suffered from, lack of support.

We have to assume that it’s ridiculously long name had nothing to do with the game’s demise which was quite a mouthful. The full statement from Neople reads as follows:

We’re sorry to inform you that we will be sunsetting Ghost in the Shell: Stand Alone Complex First Assault Online in North and South America, Europe, and the Oceania region, with final closure scheduled for December 6.

This was a very tough decision to make. The game has been in development for a long time, supported by developer, publisher, and community effort. Ultimately, we decided that continued development wasn’t going to help the game become what we all hoped it could become.

We will be supporting the game for the next several months during the sunset period, allowing both the development and publishing teams and the community to say goodbyes and enjoy the game.

In the near term, we’ll be removing the in-game store and will stop selling Steam DLC immediately.
After several months, the game service will be closed for good on December 6, 2017 at 10am PST.

It’s been a humbling experience to serve such a dedicated and engaged player community. We sincerely thank you for all the feedback and support you’ve given us throughout the years.