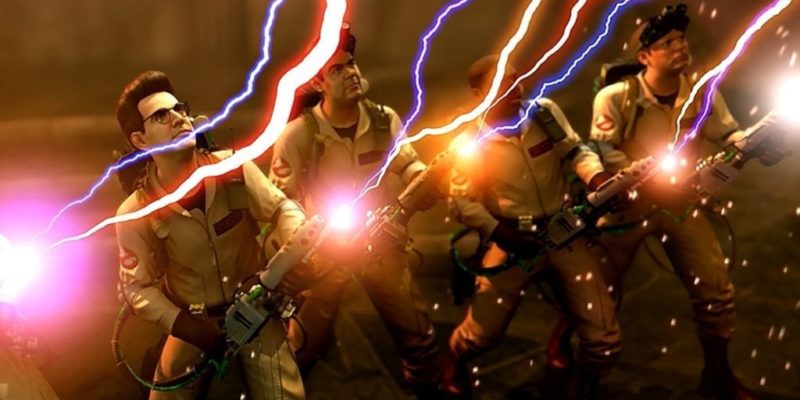 Ghostbusters: The Video Game Remastered will be out just in time for Halloween. Talk about some good timing. So good, in fact, it’s almost… scary. The remastered game will come equipped with all of its visuals enhanced, including the cutscenes. It releases on the Epic Games Store on Oct. 4.

The news was revealed via the game’s Twitter account. Along with the announcement came a new video clip of the game in action. In the IGN clip, the boys once more take on a fully remastered Stay Puft Marshmallow Man. For some reason, our big boy in Navy cap and collar just didn’t get enough of his proton breakfast from his famous movie outing.

The remastered version of Ghostbusters will come with a full HD makeover. Everything from the textures to the lighting and resolution has been given a complete overhaul. The remaster will have improved frame rate, and you can up the resolution to 4K if you’re able.

What’s most impressive about the game’s resurrection, however, are the remastered cutscenes. One of the original game’s creators just happened upon an old hard drive with all the cutscenes in the game. With the drive in hand, the team in charge of the remaster was able to touch up the cutscenes as well. And yes, this means that they will be presented up to 4K.

While the game itself had some flaws, it still stands as one of the better licensed games. The game’s script was written by Ghostbusters creators Dan Aykroyd and Harold Ramis. Both of them joined cast members Bill Murray, Ernie Hudson, Annie Potts, and William Atherton, who offered their voices to the game. I played it back in the day and loved all the snappy humor and sass that made the comedy adventure of the Ghostbusters film my favorite movie of all time.

Ghostbusters: The Video Game Remastered will release on Oct. 4 for the Epic Games Store.

Travel through time with friends in Relic Hunters Legend

Giveaway: We have 5,000 beta keys to test out Drone Strike Force, so take one!