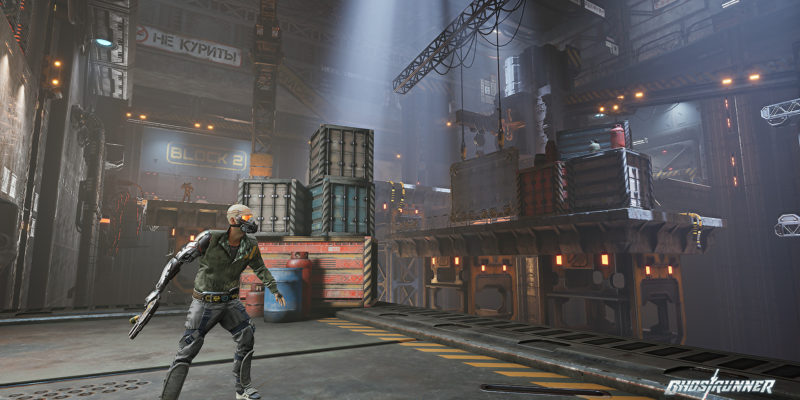 I’m going to level with you. Getting good pictures of enemies in Ghostrunner isn’t easy, as taking your fingers off the movement keys long enough to hit F12 once you see them typically means you’ll be taking a picture of the death screen. Therefore, I’m going to briefly describe the enemies instead of having pictures of each. I also don’t know their names, so I’m going to be making them all up. Get ready, because some of them are going to be stupid.

Shootybois in Ghostrunner come in two main varieties: single shootybois and rapid shootybois. Single shootybois are the game’s most basic enemy and can be likened to fodder. They can’t fire continuously and are only a threat if you don’t have eyes on them or are focusing on something else at the same time. But that’s going to happen a lot. Just FYI. They shoot slowly enough that you can simply sidestep their attacks. You don’t even need to dash. Their guns flash as they fire off a shot and the projectiles aren’t insanely fast, so just step to the side to avoid the blast entirely. Or just run at an angle. If you circle-strafe a shootyboi, they literally won’t be able to hit you. Or you can deflect their blasts back at them with the related skill. You often won’t even need to hit them directly.

Naturally, things become more complicated with the rootin’, tootin’ shootyboi, who shoots a volley of blue shots your way. They shoot so quickly that none of the tricks that work so well on their garden-variety brethren will do you much good. You’ll either want to take cover until they’re done shooting and attack during the interim, or wall-run whenever you want to avoid their fire. They have trouble hitting you while you wall-run, and then all you need to do is time your landing for the interim between volleys and they’ll be donezo. 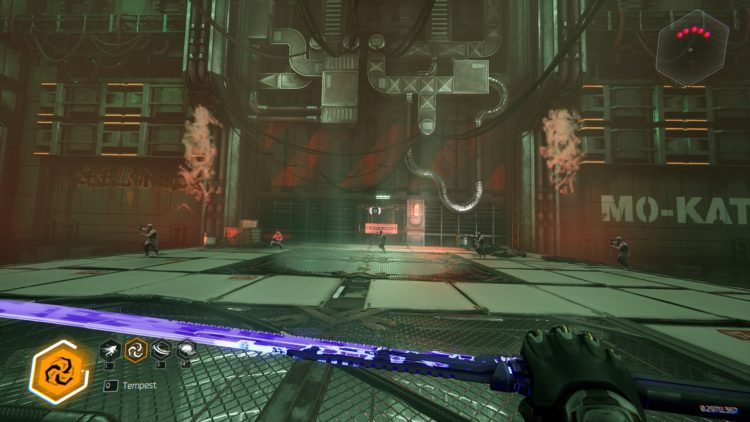 If you assumed that a shieldyboi is just a shootyboi with a shield, good job. That’s exactly what they are. They don’t fire quickly, so most of what you used on shooybois works on them too. But you don’t want to touch their shields, as they come with some serious knockback. You can dispatch them in one of two ways. You can either drop down and slash them from above, as they’re defenseless from the top, or you can do it the cumbersome way by circle-strafing around them. They tend to follow you and their shields are curved, but you’re faster. You just need to keep it up for a bit and their back will be open to you in no time. This is also great, because other shootybois will have a tougher time hitting you.

I hated dealing with cap’n leapos before I figured them out. Ghostrunner quite literally throws them at you before you know what’s happening, which isn’t a great way to learn how to deal with them. However, they’re very simple. They start on the ground and flash red once they see you. Then they leap at you and slam the position you were in once they flashed. They have a bit of an area of effect, so you don’t want to be near them when they land. But all you need to do is just dash to the side after they flash and they won’t be able to hit you. They’re just like shootybois in that capacity. If there are some cap’n leapos along with range-based enemies around, you might want to lure the leapos to a spot where you’ve got some cover.

I told you these names would be stupid, didn’t I? A dashy slashy only wants to dash at you and cut you in half. But they’re not too bad at all. Much like leapos, they flash red before they strike. Just hit the attack button a beat after they flash and Jack will parry their strikes, leaving them wide open. The window for these parries is much wider than the one for deflections, so dashy slashies aren’t much of a problem at all, as long as you make sure your duel isn’t going to be interrupted. 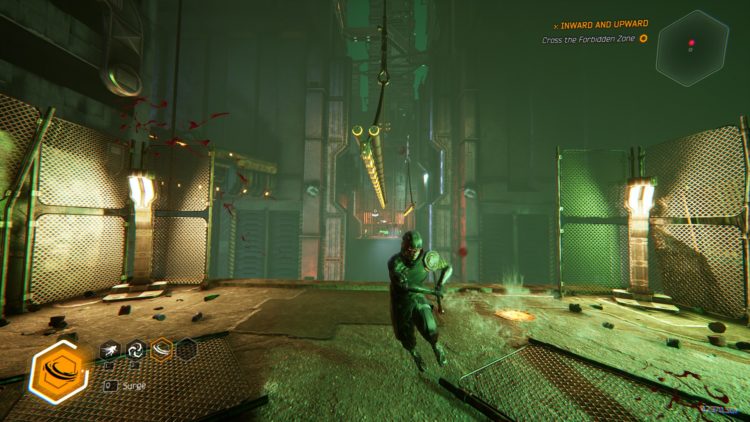 Turrets are boring, so they don’t get a silly name. You know what a turret is. You walk into an area and a laser sight shines on you. Once that happens, GET OUT THE WAY! Turrets move back and forth, giving you plenty of time to creep up on them and cut them to ribbons. These enemies only show up for a brief period of time in Ghostrunner so you won’t have to deal with them for long. Although, this next enemy is mostly interchangeable, even if they’re tougher.

The snipeyboi is just like a turret, only it doesn’t move back and forth. It just waits. Whenever you’re in its line of sight, it’ll get a laser on you. If you don’t get behind cover, it’ll shoot to thrill and aim to kill. Therefore, you want to move between cover as quickly as possible to keep them off you. Once you close the cap, keep in mind that they’re still dangerous at close range. Despite the length of their rifles, they can shoot you dead even when you’re all up-ons, so take ’em out quick.

The explosivo is Ghostrunner‘s kamikaze enemy. The only thing you want to keep in mind is to run the other way once they start chasing you. As long as you do that, they’ll explode far enough away that you’ll be fine. When dealing with groups of these, it’s best to move forward, back off, let them detonate, and then move and activate the next set of them. Slow and steady wins the race against the explosivo. I don’t know what they’re about, but they’re good to go. 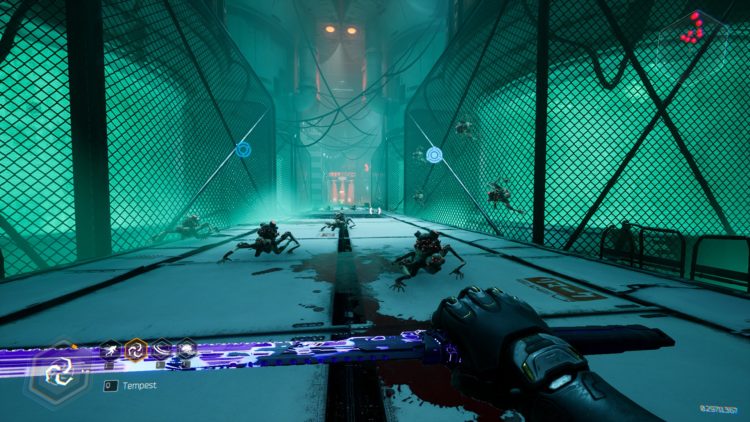 You won’t see keatons very often, but these enemies show up in a couple of levels in Ghostrunner. They summon multiple clones of themselves and they function just like shootybois, meaning that you might have to dodge a lot of shots. But if you kill the real keaton, all of the clones go bye-bye. The best way to deal with them is to just act like you’re dealing with a bunch of shootybois. Once you hit the real one, you won’t have to worry about them anymore.

Teleportos enemies don’t show up until towards the end of Ghostrunner and they’re kind of annoying. As the name would indicate, they teleport around the area when they’re not shooting at you. Their attacks can be side-stepped just like the shootybois, but they’re harder to hit. If they’re not doing their attack animation and you get close to them, they teleport away. Therefore, you’ll want to close the gap while they’re shooting and hit them while they’re vulnerable. Otherwise, you’ll be playing hide-and-seek with them, which isn’t a fun way for a ninja to spend their day.

That’s it for the enemies in Ghostrunner. They’re all fairly simple and the challenge comes from handing groups of them. But knowing is half the battle.