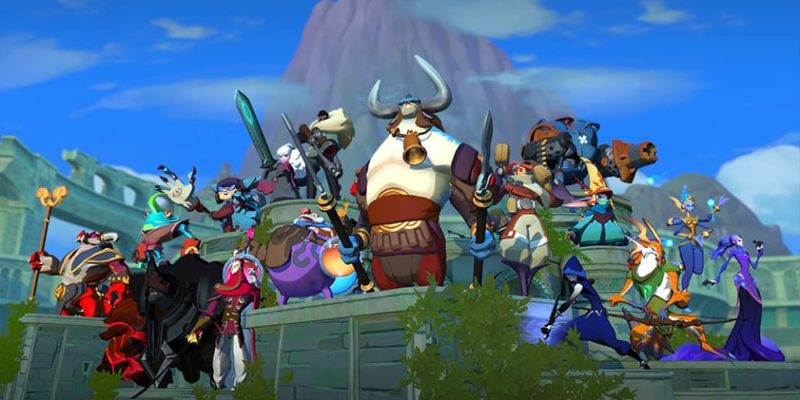 In Gigantic, players choose a hero and have to take out the enemy and their Guardian creature while the opposition attempts to do the same. It is, of course, more complicated than that with players having to power up their guardian with the help of creatures before launching an attack. The game comes with some pretty good tutorials so you won’t be left wondering what’s going on. There’s also a handy guides section to help out.

The game launched today with a load of new features including the new hero Ramsay, text chat, and new packs.

We’re giving you the chance to jump into the game with some extras which are included in the Start Pack.

To be in with a chance to win one, carry out one of the actions below. We’ll draw the winners on Friday.

Dawn of War 3 updated with new map and customisation options