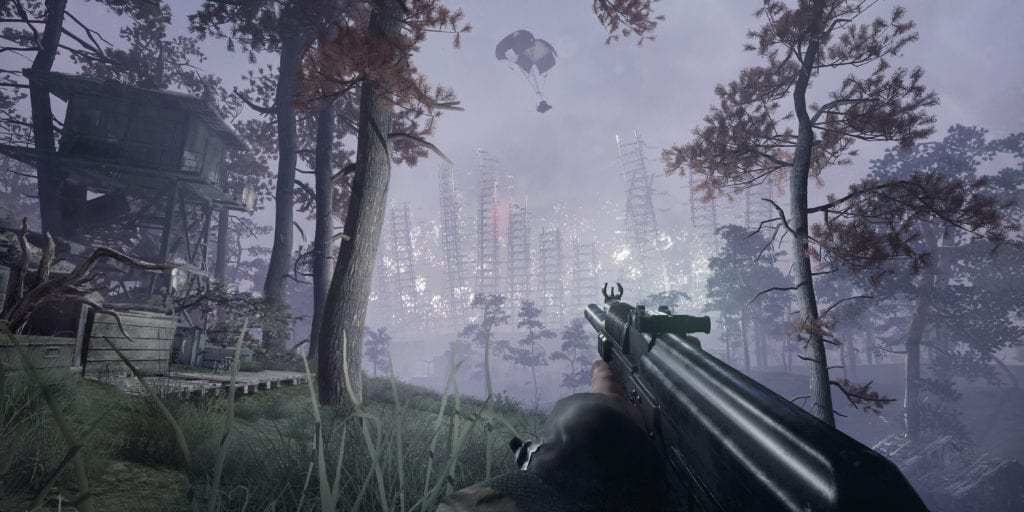 It’s you versus 99 other players. You’re running out of air as the toxicity encloses around you. There’s one spot on the extraction helicopter, and you’ll do anything to secure it for yourself. Oh, and the map is littered with mutants, wolves, and environmental hazards that care as little for you as you do for them. Welcome to Fear the Wolves, the new battle royale with a twist from Vostok Games.

In Fear the Wolves, each match is different as players and viewers can vote on parameters. These include adding feral wolves or the mutated forms of what were once humans, which drastically change the conditions of each match. Survive the irradiated wilds of Chernobyl by equipping gear to help you reach treacherous areas less prepared players cannot, giving you access to both greater loot but also more opposition from what lies in the mists.

Avoid the ubiquitous shroud of radiation as it closes in around you, limiting not only the playing field but also the resources. This is battle royale where the odds constantly shift and change — but never in your favor.

We’ve got 13 Steam keys to give out. To enter, comment below with what you fear most which lurks in the radiated depths of Chernobyl. I heard there’s a man from Nantucket there, and something peculiar about his anatomy allows him to perform certain acts unheard of in the Americas. Sounds pretty terrifying to me.

Enter using the contest widget below. Winners will be randomly selected on Sunday, September 2.

Fear the Wolves is available now on Steam Early Access. Check out our sister site Destructoid for more chances to win!