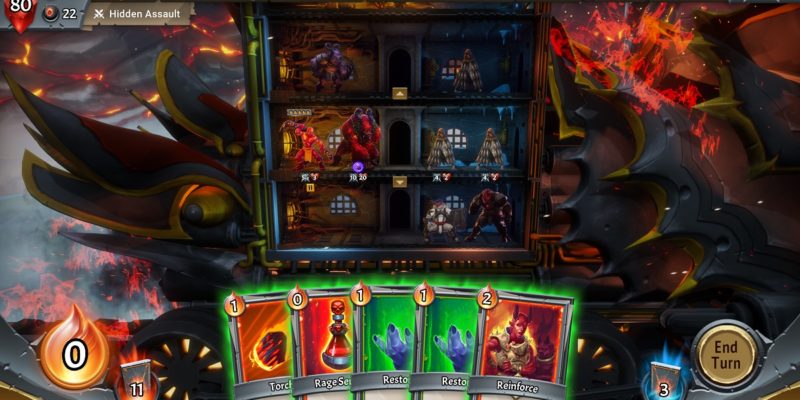 I read somewhere a long time ago that Samuel L. Jackson refused to do Snakes on a Planeif they cut his monologue and made the movie PG-13. It led to one of the greatest moments in cinematic history.

This has nothing to do with the topic at hand, of course, but I just like that story. There are monsters on this train, however, so I guess it’s close enough. So experience the monstery train in Monster Train, and play the beta so everyone knows how dedicated you are to eliminating pests from public transport vehicles.

Hell has frozen over, and it’s up to you to stop the onslaught of heaven’s soldiers from delivering the fatal blow. That’s where deckbuilding comes in! You’re tasked with populating your demonic train full of monsters to stop the hoards of heaven from overrunning the ailing Hell before it falls once and for all. With roguelike elements, over 200 cards, and different clan, you’ll never play the same game twice. Here are some beta features:

If only there were some way to stop this train. Like with a suplex or something…

So, just take a beta key from the widget below. Nothing fancy here — we’ve got 500 keys to give away across the network, so I’m just concerned about getting them out to you guys. But as always, once they’re gone, they’re gone! So take on while you can.

The beta period runs from February 27 through March 19, so that should give you guys plenty of time to check it out. Keys are invalid after that, of course. Kiss me, you fools.

Monster Train is in beta testing now, and has an expected release date of Q2 2020.