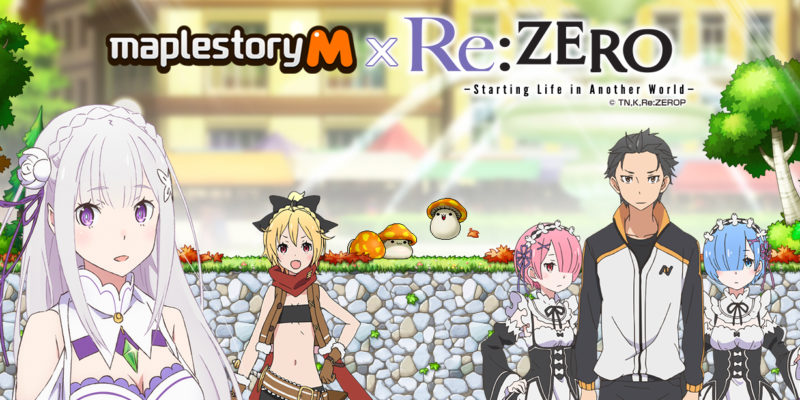 We've got a giveaway up for MapleStory M swag to celebrate the RE: Zero crossover event

[Update: Had an issue with the old keys, so I put up new ones. If you got an expired one before, grab a new one! New keys are valid through 12/31.]

We’ve got a giveaway today to celebrate the MapleStory M x RE: Zero crossover event!

Time for more mass giveaways, gang! I’m going to let this one do all the talking, because honestly, I don’t know what I’m doing with this one! So, I’ll just shut up and let you guys know that we’ve got a ton of keys to give away for MapleStory M to get you some sweet perks to celebrate its RE: Zero crossover event.

But hurry up and redeem them, because they’re only good for a few days!

Ok, so read about this game because I’m in WAY over my head, here.

So, here’s what we’re giving away with today’s news:

To redeem, simply put your email address into the widget below and we’ll send one your way. Redemption instructions will be included, so go wild. Just know, we’ve only got 100 keys to give away, and the keys will expire 12/14/19 — so just take one, already!