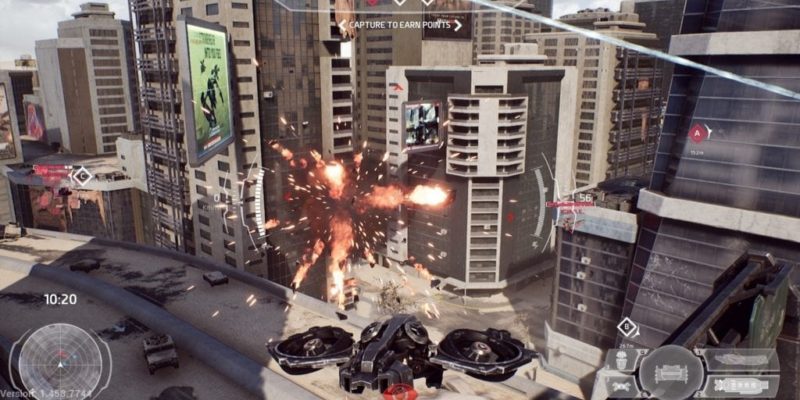 We've got a giveaway for closed beta keys to test out Drone Strike Force on Steam, so take one!

We’ve got a mass giveaway for beta keys to test out Drone Strike Force on PC!

There are plenty of games where you can duke it out in fantastic multiplayer scenarios. You’ve got your war games, racing titles, battle royales — even games where you can shoot each other as goats. It’s nuts. But to my knowledge, there are very few, if any, where you can play as drones. I’m not looking it up, so don’t bother correcting me.

Whether or not I’m right, we’ve got some keys for you to try a drone game out for yourself! Drone Strike Force is in development now, and throwing a closed beta event to test everything out. The EG network has 5,000 keys to let you get into the action, so take them all off of my hands. I don’t want to see any left when I wake up Monday!

Drone Strike Force is an online multiplayer game where players take to the skies as drones. In several game modes, you’ll take advantage of a drone’s nimble flight as you maneuver in a full 3D airspace. Read some words I didn’t write to help illustrate what’s going on, here.

Drone Strike Force is challenging the standard online shooter genre by introducing the z (vertical) axis in a competitive, skill-based environment with various Drones, weapons, abilities and perks to choose from for your loadout.

Choose among unique Drones to fly into combat! Each Drone can currently have one of three Operating System compatibilities: AJAX, RUIN and ECHO, each functioning similar to a class. As a player, you can progress through these Operating Systems in the Tech Center to unlock new capabilities for the compatible Drones!

The game is currently testing its Domination and King of the Hill modes, where players vie in teams of up to 8 and up to 5, respectively, to escort nodes back to their bases for points. In the former there are more nodes, meaning more spread out action; in the latter, only one node exists, meaning the fight gets up close and personal.

Want to get in on it? Of course you do. All you have to do is use the pink widget below to claim a key. That’s it! No forms, no drama. Just take a key. They’re redeemable straight from Steam, so go check it out already!

We have 5,000 keys to give away across our network — once they’re gone, that’s it! This weekend’s closed beta takes place on Sunday, August 4 from 8 am EST until 8 pm EST — or until the devs shut it down. As a bonus, another closed beta will be taking place next weekend, and your key will work for that, too! So yeah, just take one, already.

You can wishlist Drone Strike Force over on Steam, and be sure to check out the community on Discord to get more engaged with the action. Happy droning, everyone!