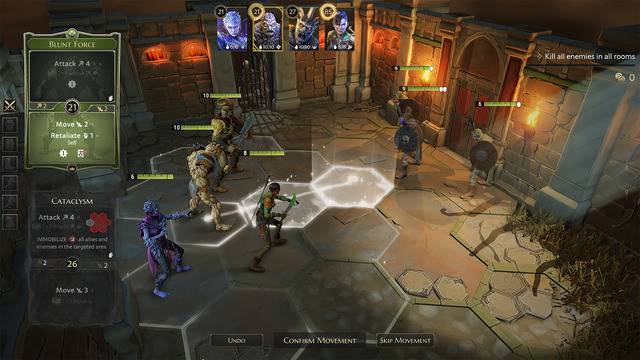 The gameplay trailer shows a firsthand experience of the mechanics, content, and challenges players can expect in this tactical RPG. The narrator of the trailer sounds vaguely like Liam Neeson. The trailer showcases the main mechanics in combat and exploration. It works as a good introduction to the dungeon-crawling experience players can expect in Gloomhaven. More specifically, we see the digital-exclusive Adventure mode based on roguelike mechanics.

From tabletop to desktop

The original board game Gloomhaven raised $4.4 million on Kickstarter in 2017, with over 45,000 backers. It was designed by Isaac Childres, and it was critically and commercially acclaimed, achieving the highest rating on BoardGameGeek, as well as winning several awards. The digital adaption is the work of Flaming Fowl Studios. It will allow players to play as a squad of two-to-four mercenaries. The world of Gloomhaven is a world of darkness and trials. It features a legendary unforgiving difficulty that rewards only the sharpest strategic minds. In order to leverage all the benefits of the PC platform, Gloomhaven will bring the lore, mechanics, and identity of this beloved board game to life in the digital format.

The Early Access period will offer the exclusive Adventure mode that’s based on roguelike mechanics and combines both combat and exploration. There will be four characters or classes to start with. This roster of characters, as well as enemies and bosses, will expand on a regular basis during the Early Access period. There will also be new environments, quests, items, and more. There will be different difficulty levels for players to explore the unforgiving world of Gloomhaven. It will deliver an optimal experience for beginners but still allow fans of the board game to use the original settings, which are more brutal. The full Campaign mode, as well as the multiplayer co-op mode, will be available only in the final release.

Isaac Childres, the designer of the original board game, is closely involved in the development of the digital adaptation, and every design choice goes through him first. Asmodee Digital is aiming to make sure to offer the best digital experience possible. This is why they chose to start in Early Access, allowing the developer and publisher to fine-tune and improve the game based on the feedback from players. By working together with the fan community, they intend to realize Gloomhaven in a way that will do justice to the masterpiece board game. The press release includes a roadmap, viewable below. 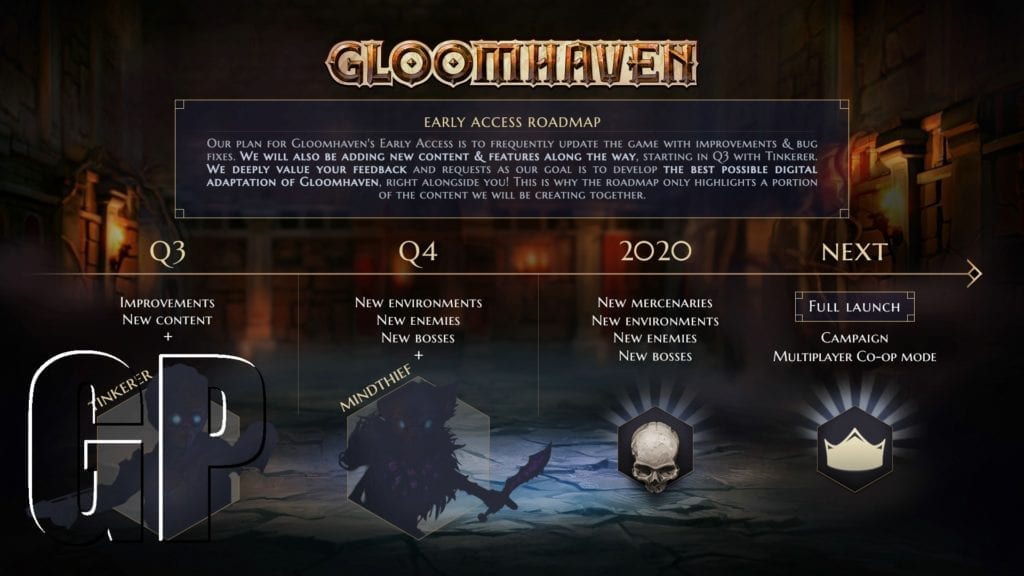 You can find more information on Steam and join the official Gloomhaven Discord server.

What do you think of Gloomhaven‘s gameplay trailer? Have you played the board game, and does the digital adaptation live up to it? Drop your comments below and let us know your thoughts!