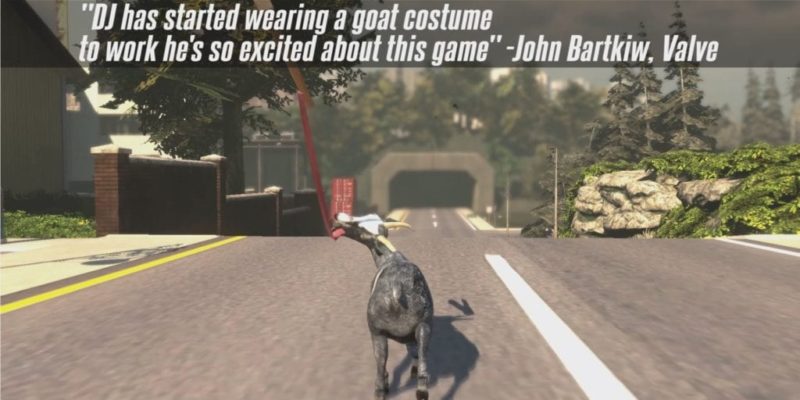 It is, indeed, happening. Coffee Stain Studios have seen the wisdom in releasing Goat Simulator to a wider audience, because the wider audience saw the tech demo footage last week and said “can we have that, please?”

Their press release notes that the “incredible stupid” video became popular “for some reason” (I believe the two may well be related,) and as a result Goat Simulator will be coming to Steam in the near future priced at $10.00 USD. You can also pre-purchase it from Coffee Stain.

It’s said to be inspired by older skating games, but this clearly some sort of mass developer delusion as the video below shows it is actually inspired by goats using their tongue to chase people with axes and park benches.

“We can integrate Steam Leaderboards into the game, and we’re also looking at adding Steam Workshop support so players can customize their experience even more!” says designer and Goatmaster General Armin Ibrisagic.