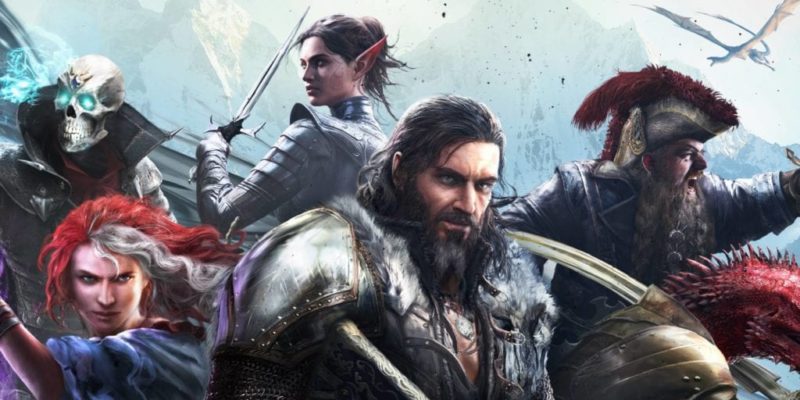 This year’s build-up to Baldur’s Gate 3 has generally dominated the headlines for the franchise. Fortunately, the folks at GOG refuse to forget the humble beginnings that date back to the ’90s. There are clearly some big fans in high places that decided to commemorate the 20th anniversary of the iconic second entry in the series with a good ol’ sale on good ol’ RPGs. The GOG RPG sale kicked off yesterday and will run for a full week with deals up to 90% off. That’s only for a few select games to be fair, but you can still find plenty of promotions around 50% off. There’s 75+ items in this sale, so you should definitely have a look for yourself. Don’t worry though, we will run through some of our favorites to help you choose your next adventure.

Of course the frontrunners of this sale are all entries in the Baldur’s Gate franchise. You can grab Baldur’s Gate ($9.99), Baldur’s Gate II ($9.99), and the series spin-off called Siege of Dragonspear ($9.99). As an added bonus, these are the remastered versions of the games, and you can grab the soundtracks if you want them too. These games are all you need to prepare for Baldur’s Gate 3, which hits Steam Early Access in one week. However, you will definitely need more than a week’s time to complete all of these titles. Still, they are RPG classics that you definitely want to play, especially if you intend to commit to understanding the lore in Baldur’s Gate 3. Did we mention they’re made by BioWare?

Moving down the list, we next have to mention the Neverwinter Nights series, as those games too are beloved classics. Likewise, the games also came from BioWare in its heyday. They feature similar themes of magic and fantasy to the Baldur’s Gate franchise, but the gameplay differs vastly. We will leave that up to you to discover. We also have to recommend trying the Pillars of Eternity and the Divinity franchises. These are not BioWare games, but the likes of Obsidian and Larian Studios worked on them, and they are some equal heavyweights in that genre. Of course, there are plenty of RPG fans that will argue all of the games on sale are must-plays, but we can’t just recommend all buying all 75 items on the list. Or can we? It would certainly see you through the rest of the pandemic.

Now honestly, we know it’s not easy to revisit old games with old graphics. However, the passion poured into these projects is abundantly clear. If you enjoy quality game development, captivating narratives, and great deals though, the GOG RPG sale is exactly what you need. Don’t forget the sale ends in six days, so if you want to pick anything up, you best do it soon.

By Steve Clist4 hours ago
News