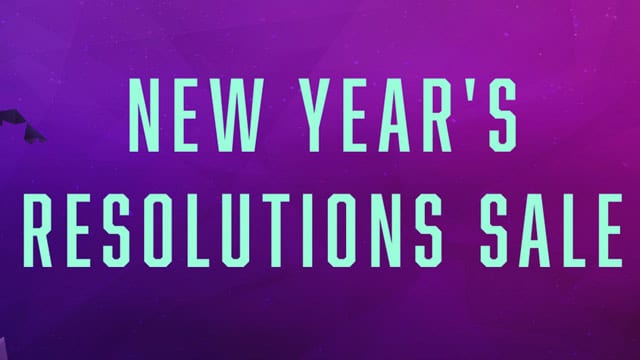 Just when you thought sale season was over GOG, pulls another one out the bag to start 2018. The GOG New Year’s Resolution sale starts now and runs until 15 January.

GOG has kicked the sale off with a load of quality RPGS including everyone’s favourite of 2017 Divinity Original Sin 2. There’s also Pillars of Eternity, Tyranny, the Torchlight series, the Legend of Grimrock games, and more. Other highlighted deals today include:

The selections will be changing as the days roll on as the games going on sale are the best of 2017 as well as some classic releases. With all these cheap games available it’s a great excuse to avoid going to the gym.