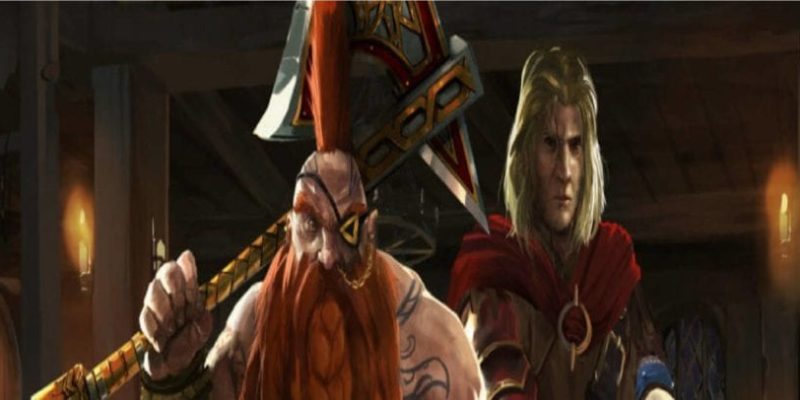 The term “Old Friends” has been teased in the Total War community for quite some time. Players wondered what these hints were and, truth be told, a lot of the speculation often led to the announcement of Gotrek and Felix. Well, say goodbye to guessing because the slayer and his swordsman-poet friend will be part of Total War: Warhammer 2 as DLC this month. There’s just one caveat: You’ll need to get an issue of Games Workshop’s White Dwarf magazine… for now, at least. 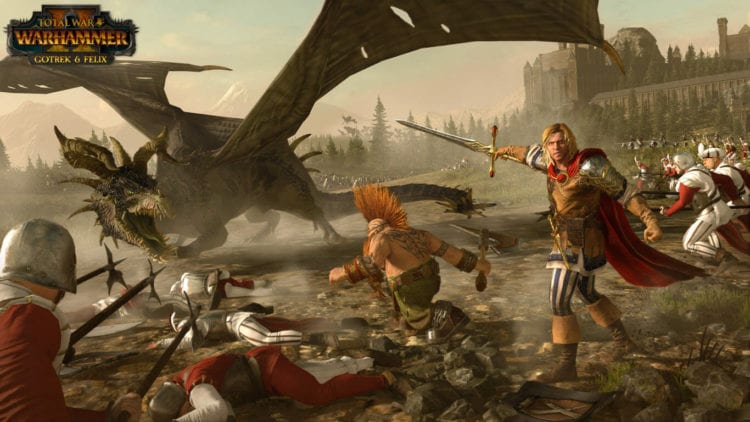 Gotrek and Felix have been popular mainstays of the Warhammer Fantasy Battles world since the 90s. That’s due to the “Slayer” series of novels from William King, and eventually, those written by Nathan Long and David Guymer.

The unlikely duo — a Dwarf slayer seeking to die a glorious death to atone for his mistakes and a down-on-his-luck poet who’s skilled with the blade — became “old friends.” Their companionship has led to numerous adventures. The two met allies such as Ulrika Magdova, a Kislevite noble who became a vampire, and Malakai Makaisson, a brilliant Dwarf engineer. Their trials also led to encountering foes such as the notoriously inept and hilarious Thanquol and his construct Boneripper. (Thanquol and Boneripper have been highly requested by lots of Total War: Warhammer players.)

Note: Conspicuously absent are the means for High Queen Khalida and Loremaster Teclis to hire them. This did happen in the Warhammer Fantasy novels, but, hey, maybe I’m being too much of a lore nerd now.

Anyway, you can attach your own troops to bolster the duo’s army stack. However, the two won’t stick around for more than 20 turns. Remember, Gotrek is a Dwarf Slayer who seeks to atone for his past mistakes. He wants to find a heroic death, and thus he and Felix will look for new adventures. They may just reappear down the road to rejoin your faction once more, though you might find yourself assailed by the enemies they’ve also made. 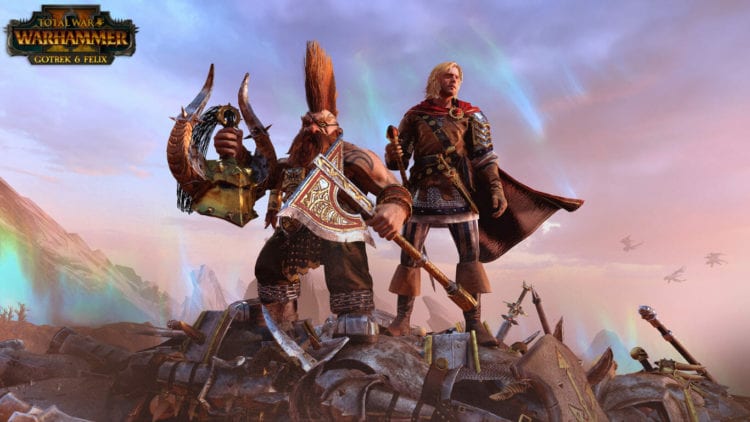 The difference when it comes to Gotrek and Felix is that you’ll need to have a copy of White Dwarf’s September 2019 issue which will have the code. No, it’s not completely “free” since you do need to buy the mag. All magazine issues (and codes) are expected to arrive by September 20.

If you miss out on this promotional tie-in, don’t fret, because Gotrek and Felix will be made available for free on October 17. All you need to do is sign up via Creative Assembly’s Total War Access page.

You can find Creative Assembly’s official blog post regarding the Gotrek and Felix DLC. We’ll keep you posted once we have access, and we may even throw in a guide or two for these “old friends.” Lastly, if you want to check out Total War: Warhammer 2, you can do so via its Steam store page.