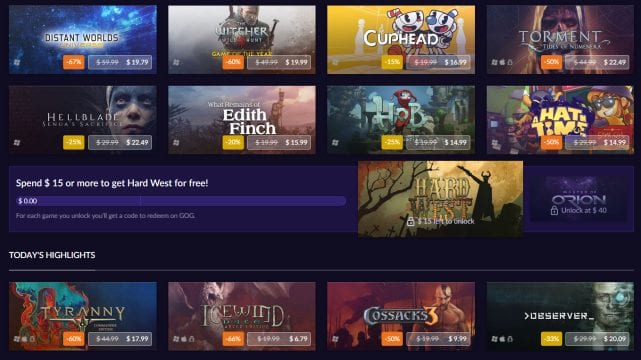 You don’t need a skeleton key to unlock a free copy of Grim Fandango Remastered in GOG’s Winter Sale today. But you do need a GOG account. And, I guess, a device for accessing the site. And an internet connection. Still, it’s fairly straightforward.

The adventures of Manny Calavera can be yours for free until 14 December (2pm UTC). Grim Fandango is my favourite of the LucasArts adventure games and is absolutely recommended. It’s pretty safe to say you won’t find a better combination of film noir and Day of the Dead themes.

A few other things to note: if you spend more than $15 at one time, you’ll get a free copy of Hard West (a decent turn-based tactics title with ‘Weird West’ themes). Spend more than $40 and you’ll get the redone version of Master of Orion (no idea how this turned out).

GOG will be putting up different deals every day from now until 26 December, so clearly they’d like you to keep coming back to check their site. As far as deals go today, you can get Tyranny for 60% off, The Witcher 3 GOTY (with all the DLC) for 60% off, Hellblade at 25% off, and Torment: Tides of Numenera for half off. Plenty of others too, obviously.