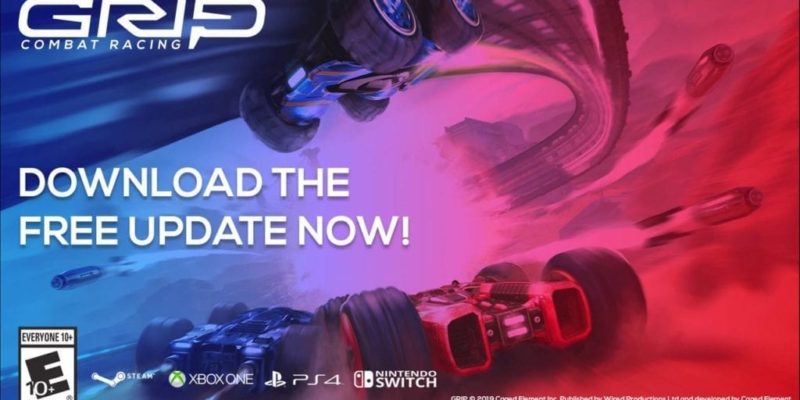 Greg wasn’t hugely impressed with GRIP when he reviewed it, but perhaps these additions and tweaks will change his mind. Either way, I daresay those who’re still duking it out for the fastest times on futuristic courses will be happy to see the additions here.

Not That Kind Of Racing Team 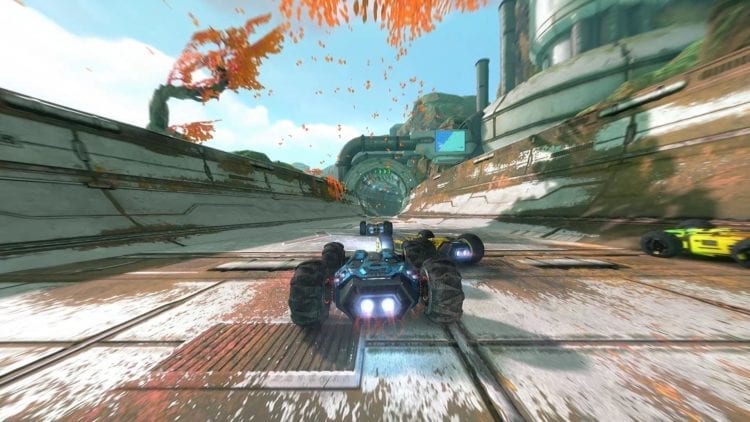 The most substantial addition is probably that of team modes. Team Racing has red and blue teams battle it out any of the game’s multitude of racing modes: Classic Race, Ultimate, Elimination, or Speed Demon. Team Deathmatch, on the other hand… well, if you’ve played games before, you know what Team Deathmatch is. Smash every enemy you can. These modes are apparently supported “in multiplayer and in tournament format”. I have no idea if that means single player is also supported, but if you’ve played the game, you probably do!

The other big thing is likely the four new tracks, bringing the total up to 27. Mindbender is a modified version of Haze Reverse, with a massive jump and twisty sewers. Naptha Valley is described as “possibly the most rollercoaster-y track of all,” which sounds good to me. Hive Horizon has you defy gravity around an affluent city district. Finally, Spin Cycle lets you tear up an autumnal forest. 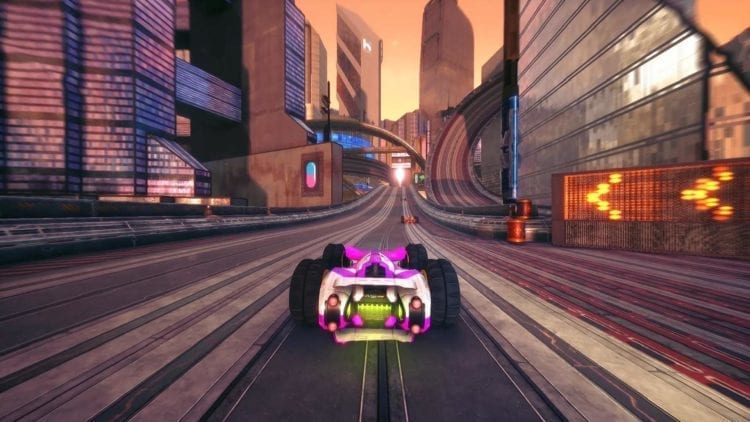 Players can also expect a load of bug fixes and track improvements, and increase in level cap from 30 to 40, a boatload of new skins and tires to unlock, and Pariah cars with customisable colors.

A suitably whoosh-y, techno-y new trailer can be found below if you fancy a more animated look at all this new stuff. If you’re keen to jump right in then you can grab this GRIP: Combat Racing update for free, right now.

Enter The Gungeon Bids A Farewell To Arms Today