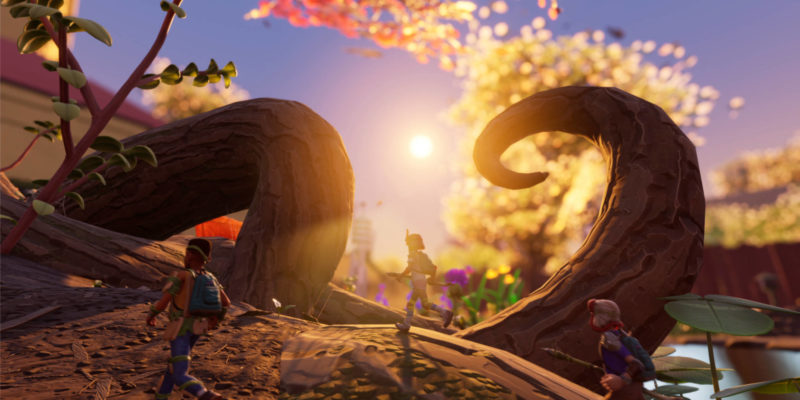 Obsidian’s bite-sized survival game Grounded had a lengthy panel at PAX East. This panel showed off quite a bit of gameplay, and the developers answered several questions and delved into a few of the game’s features. In addition to answering questions, there were also several minutes of gameplay footage.

The first and most obvious influence for Grounded is Honey, I Shrunk The Kids, given that you are tiny adolescents running around and dealing with assorted bugs in a backyard. In the distance, a wooden fence rises up like mountains. Your character is so tiny that blades of grass tower over you, and ants are the size of a large dog. It’s not just grass and dirt that you’ll be seeing, either. Baseballs, mints, and other childhood memories are scattered around the backyard. To further the connection to Honey, I Shrunk The Kids, Grounded will be set in the late 80s /early 90s and feature music and sound design relevant to that period. Now all they need is Rick Moranis.

Grounded doesn’t seem to diverge much from the typical survival formula. You must gather resources, build a base, and contend with the wild to survive. However, its cheery tone and bright colors set it apart from most other survival titles. When I think of survival games, I think of Rust, Conan Exiles, and 7 Days to Die, all of which inevitably leave you feeling worn out after a lengthy gaming session. Grounded, on the other hand, looks like it might be a bit lighter in comparison. 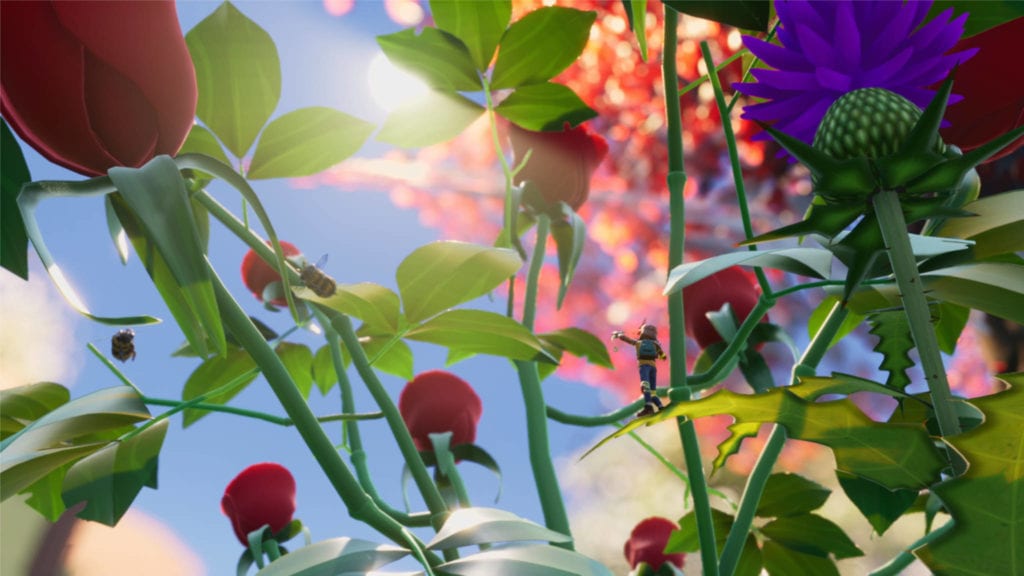 The developers took several questions about the game, and although they couldn’t go into too much detail, they were willing to talk about some features that the team hopes will make it into the game. For example, ranching insects might come into play, like starting an aphid farm. Just make sure you keep them away from ladybugs.

Riding insects is also a possible feature. It’s not currently planned, but the panel noted it is a feature that they would like to add. Certainly, that would make the game more fun while also providing something for players to work towards. And who wouldn’t want to ride a bumblebee around a backyard? I will pass on riding spiders, though.

Grounded doesn’t have a release date yet, but you can wishlist it on Steam.

You can play Rainbow Six Siege for free this weekend