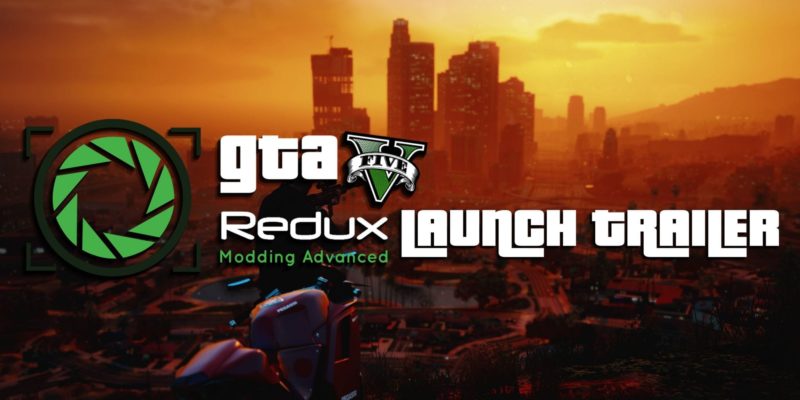 Over the weekend we told you about the release of the GTA 5 Redux mod which tweaked many of the game’s setting to make the game look so much better.

Since the mod went public, members of the GTA community have called out the mod author Josh Romito accusing him of stealing code. Romito has in the past been involved in project called The Pinnacle of V which was pulled by Romito after it was found that he had used assets and work from other mod makers.

When the Pinnacle project was pulled Romito stated:

“I was shocked to see some of the support I was receiving, and how generous people were. It turns out it was all lies and stolen content. I’m not sure how else to handle a situation like this, so I am simply shutting it down and releasing the honest truth. ”

Simply put, Romito claimed he had received help from the community and that help was providing stolen content for this Pinnacle mod.

In the case of GTA 5 Redux, mod author CP who created the Visual V mod, has accused Romito of stealing his code for Redux. A lengthy post on Reddit gives examples showing similarities.

The community is taking sides, some gamers have no problem supporting Redux as it brings the ideas of different mods into one package, while other are frustrated that Romito is using code/settings from other mods.

The problem as we see it is that Romito has not given credit to mods such as Visual V if he has in fact directly yanked the settings. Mod making communities are tight and it’s never a good idea to upset your peers.

By Andrew Farrell47 mins ago
News