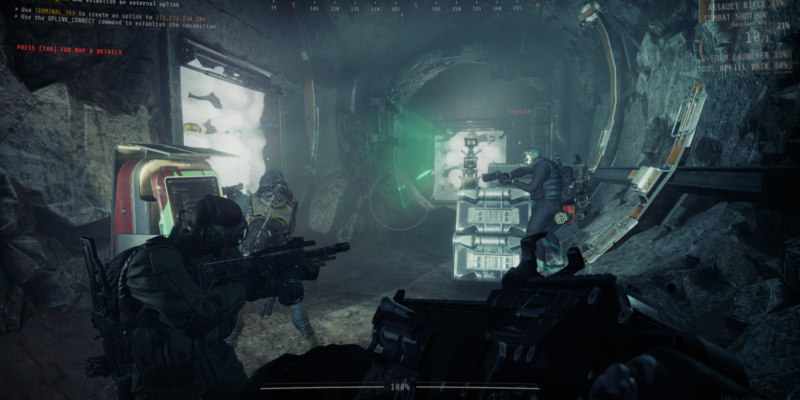 GTFO, the four-player horror co-op game developed by 10 Chambers, is leaving Early Access at some point this year. The game burst onto the scene in December of 2019 and has seen continuous updates ever since. However, the time is near for that initial work to reach completion. The developers are confident that the game is nearly ready for its 1.0 launch. The game’s creative director, Ulf Andersson had this to say: “We have fleshed out a pretty extensive list of features we want available in GTFO as a Version 1.0 game; we have always wanted the Version 1.0 launch to be felt. The transition from Early Access to Version 1.0 will be noticed in this game – and we feel confident that this transition will happen this year.”

As such, it seems like GTFO should be good to go in the next six months or so. There’s no word on when exactly the game will be leaving Early Access. So updates and development will continue as normal until the devs feel that it’s time. As for the Rebirth://EXTENDED update, it acts as an extension to the game’s current Rundown, adding five expeditions to the eight that already exist, making it the biggest Rundown the game has seen thus far.

This update even adds a new objective to GTFO. In it, your team has to survive thirty minutes of an enemy onslaught alongside completing objectives, including hacking terminals. The Rundown concept allows the devs to consistently tweak the experience with fresh changes, so this update should add a considerable amount to the already existing structure. The game is also on sale for 20% off to coincide with the update, so you can pick it up on Steam for $27.99 USD. With all this new content, now seems like a good time to jump into the scares.