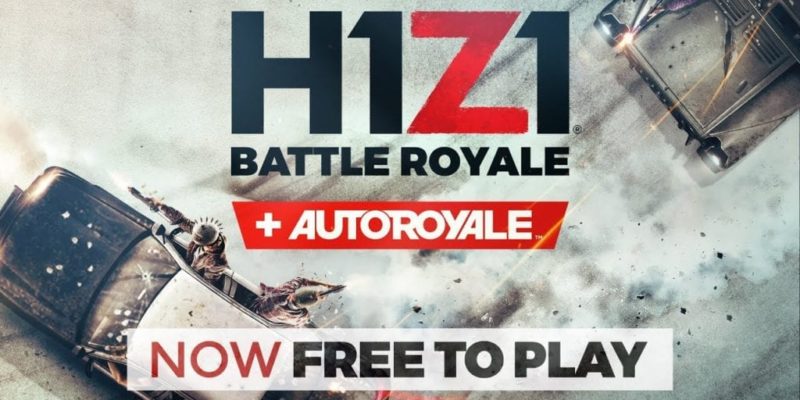 The competition in the battle royale arena is hotting up as Daybreak announces that H1Z1 is now free to play.

From 10AM PST / 6PM GMT anyone can download H1Z1 for free and it’s worth a look if you’re a keen battle royale player that’s yet to try it out. As the game is now free, Daybreak is launching three tiers of battle royale packs which come with extras for a price.

Daybreak is also launching the H1Z1 Pro League which includes 15 esports teams who will be participating in the inaugural season.

“We are very excited to announce that H1Z1 will be free to play starting today. Not only does this decision allow us to share our version of Battle Royale and Auto Royale with even more players, but it signifies the next step in making H1Z1 a must-watch esport”, said Anthony Castoro, H1Z1 General Manager. “The Pro League is going to redefine esports when it kicks off in Las Vegas this April, and whether a person is an aspiring pro athlete or just wants to play with friends, we want everyone to have the chance to play the most competitive battle royale game.”

Anyone who recently purchased H1z1 on Steam will also be eligible for refunds and should contact Steam customers service if there are any problems.