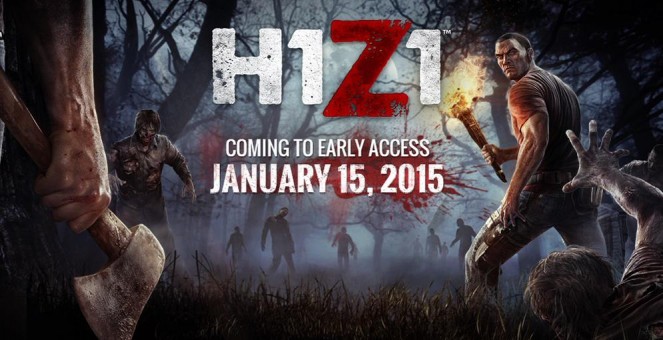 Well that turned out to be true for MOST time-zones.

The planned 15 January Early Access release for H1Z1 ended up slipping into 16 January in a few timezones, but the title is now available to buy (and, more importantly, play) through Steam.

Update 15 Jan: Well, it’s out but now the game has log-in problems. John Smedley of SOE swears he won’t be sleeping “until this is fixed” and explains the problem in the following terms:

problem boils down to dealing with 200 servers. We'll have it nailed here soon. This is new behavior for us so we're debugging this live

The rest of the original story now follows …

An initial estimate of a 10am (Pacific US) release time quickly proved to be unlikely, as the release build slipped to 1pm (Pacific.) Sony Online Entertainment’s John Smedley was manning the twitter station to keep people somewhat updated:

ok deploying final patch to live servers now. still 1pm ETA. some bugs we would have liked to kill are still in there but will be fixed asap

An hour or so later, with 1pm creeping into sight, the release slipped again; this time to 2pm (Pacific.)

Once 2pm rolled around, Smedley returned to assure people that the onus was now on Steam to get the provided build up to their own servers, thereby allowing players to download the required files.

all our work on our end is done. We're literally waiting for steam to get the patch to their CDNs and update the build so you get the files.

Another waiting period followed (we all know how Valve Time works,) everybody was finally able to press the relevant buttons and make H1Z1 available.

Here’s what you can expect from the game at this early stage, according to the title’s store page FAQ:

“At Early Access launch players can expect to see initial iterations of crafting, base building, combat, vehicles, circle-of-death, day / night cycle, weather, player vitals, hunting & forging, and, of course, Zombies, in the game. Players should anticipate an evolving feature set, bugs, incomplete content, missing features, and potentially game breaking issues. The H1Z1 development team will continue to create new features and may make significant changes based on the needs of the game and feedback from the players.”