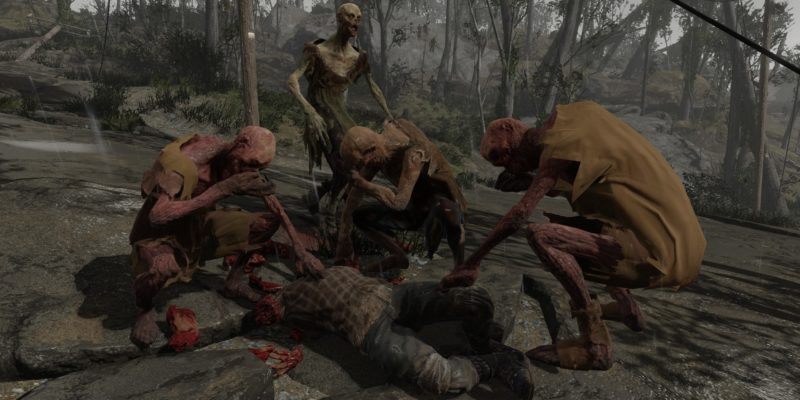 October is here, which means that most games are getting some super spooky events to help you get into the season. Unfortunately, there are no live events for Fallout 4, which is why we need mods. In this list, I’ve compiled some of the best Halloween Fallout 4 mods around. These should help make your game scarier and way more suitable for October gaming.

These Halloween Fallout 4 mods are overhauls to the entire game in some way. Not all of them pack in big scares, but they do add a spooky atmosphere that you won’t soon forget.

This mod is exactly what it sounds like. It makes the nights in Fallout 4 a little bit darker, but not a lot — at least not initially. While playing, you’ll notice that the nights definitely get darker, to the point where you’ll need to check the time on your Pip-Boy if you’re indoors. Interiors are also much darker, making it easier for enemies to lurk just out of sight and scare the living daylights out of you. There are seven levels of darkness to choose between, but any of them will serve to make the game spookier. 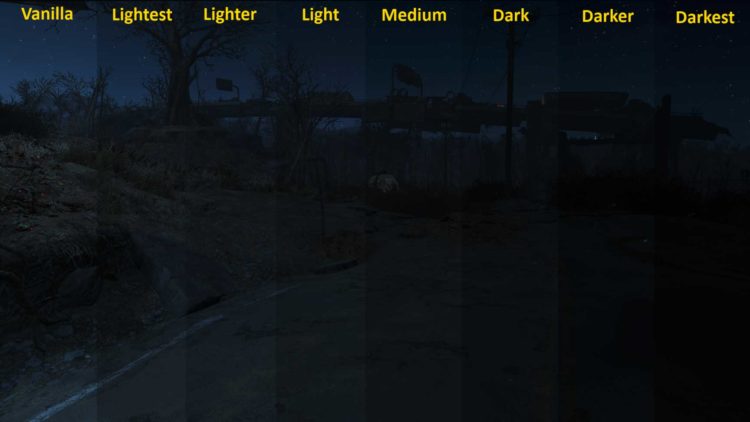 This is not a mod for the faint of heart. As the name might suggest, it’s a Silent Hill overhaul mod for Fallout 4. This adds in a bunch of different fog types for you to fill the Wasteland with. They range from slightly obscuring the distance to making it impossible to see what’s five meters in front of your face.

That’s not all, though. Every now and then, when day turns to night, there’s a chance that you’ll hear those telltale sirens and be sucked into the otherworld. You can tweak this to make it happen every time the sun goes down, or just 5% of the time, making it incredibly scary when it does happen. Once you’re in the otherworld, waves of zombie enemies are going to attack you. We’re not talking about a few enemies here. I mean dozens, and they’re highly aggressive. This mod is great for a fresh playthrough in general, but it’s more than perfect for Halloween. 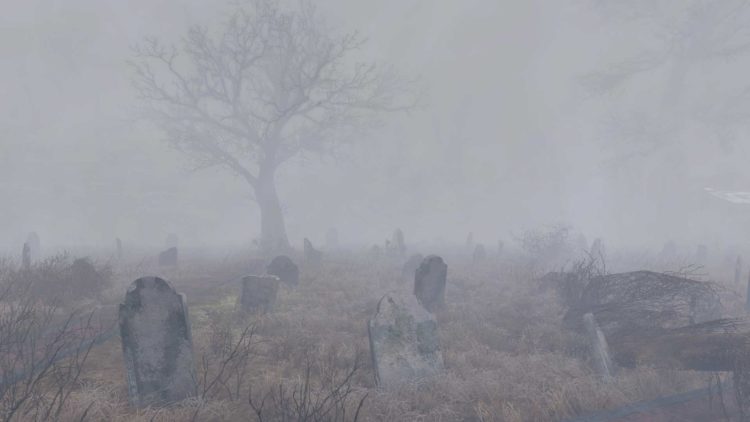 Don’t laugh; this is a genuinely scary mod. The vanilla Fallout 4 door noises are normal and boring. This mod makes all the doors squeak like you’re trying to avoid Jack Baker in Resident Evil 7, and he’s never heard of WD-40. When you’re exploring interiors, enemies will use doors regardless of whether they know you’re there or not. This makes exploring so much more intense, and really adds to that feeling of horror. 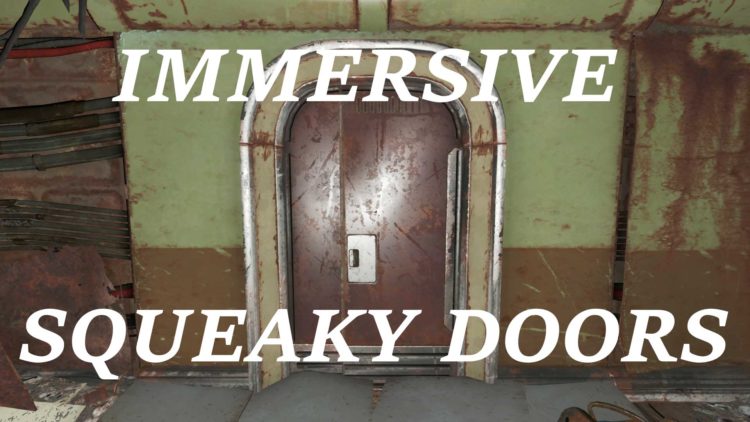 This is one of the most popular Fallout 4 mods out there. It transforms the Commonwealth into a spooky world where the weather is always dreary, and any hopeful music is just gone. Instead, there’s a lot more gray, silence, and tense horror soundtrack tropes such as someone plucking a violin. It might not sound like much, but it really is horrifying. 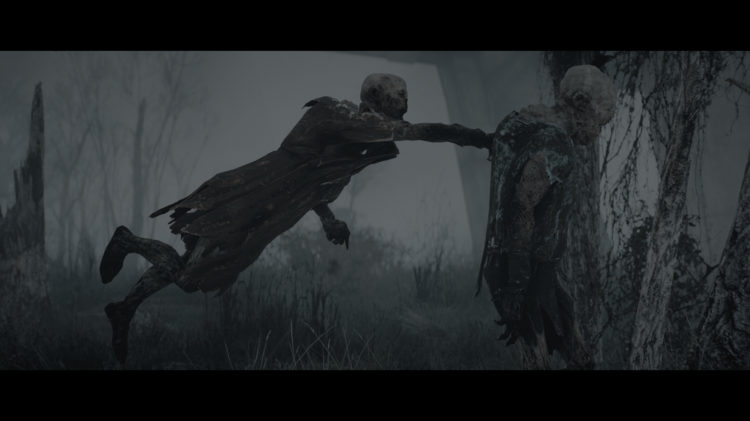 Part of what made the original Fallout games so good was their atmosphere. While sometimes it was intense and empowering, it could also be desolate and lonely. This mod takes the more depressing and terrifying tunes and brings them into Fallout 4. It gives the world much more of a sense of decimation, and makes every encounter feel more strained and desperate as a result.

This is a straightforward yet effective mod. It changes the voice of every Synth to sound like the devil himself is speaking through them. You’ll never be more terrified than when you’re fighting one of them now.

This is another straightforward mod. It applies new looks to all of the mannequins in Fallout 4, and it’ll make you realize just how many of them there are. Each one has a new look, and they’re genuinely unsettling. 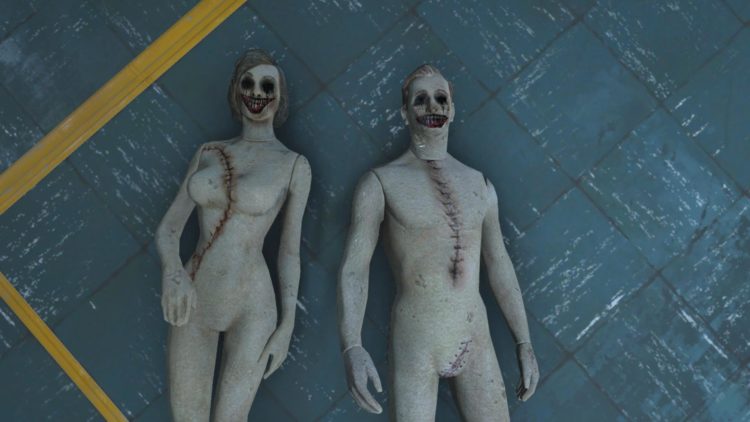 This is the only quest mod we have on this Halloween Fallout 4 mods list. It adds in a unique location for you to explore, full of scares and spooks. While it’s short, it does explore a totally new story that you won’t have come across before. Any mod that manages to do that with Fallout 4 is alright in my book. It’s fully voiced, and that voice work is really well done, so it’s worth it just as a new quest mod. 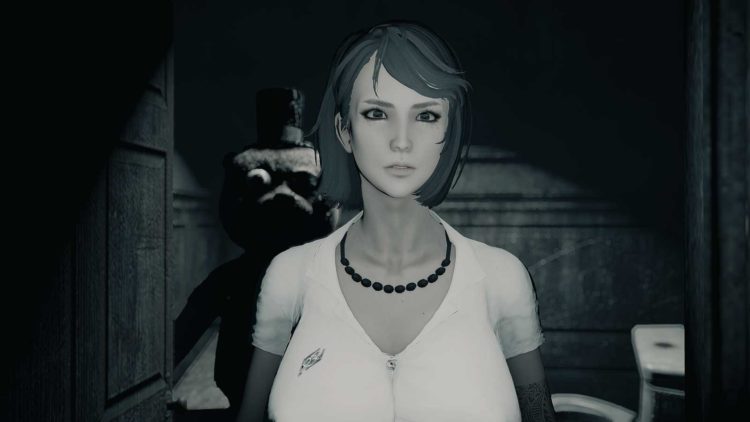 I believe one of the best ways to spice up games like Fallout 4 is to put certain restrictions on yourself. This can be in terms of weapons used or just your character build. These mods take the option to cheat away though, permanently restricting you in some way. Hopefully, that’s scary to you, because it certainly is to me.

Outside of this Halloween Fallout 4 mods list, Immersive HUD is fantastic. It removes the crosshair, your compass, and pretty much every other element of the HUD. You can configure it to show certain elements, such as ammo. Still, on the whole it’s just a great way to make it impossible to lean on the knowledge that’s just readily available in vanilla Fallout 4. Configuring it only to show your health when it’s below 10%, for example, is enough to make anyone scared. 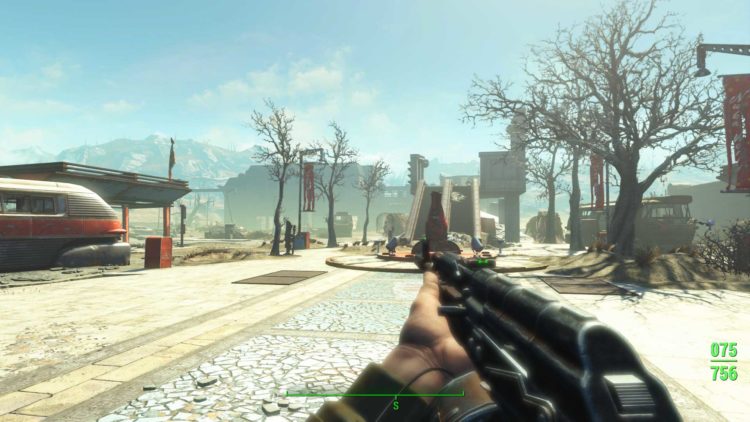 You know how Fallout 4 usually pauses when you’re in your Pip-Boy? Well, now the game won’t pause then, or any other time it usually does. It removes the breathing space you usually have in the game when things get heated. When you turn off pausing in the pause menu as well, you really will learn to scan the horizon for any possible enemies.

We all know that Halloween isn’t complete without zombies. Each of these mods works to put those undead monsters into Fallout 4, making your life as uncomfortable as possible while you’re playing.

This Halloween Fallout 4 mod should be used in combination with a few others to make the world truly terrifying. It adds groups of zombie walkers around the Commonwealth, which you’ll stumble upon as you play. These zombies will shamble after you, sprinting when they’re nearby. Seeing 20 or so of these guys should make you scream. The zombies will kill other enemies and feed on them, and you can change the settings so that they pass on an infection. You could tweak this so that all fallen enemies rise as undead, or just those who were killed by zombies. There’s even a setting to make all zombies only die from headshots. To top it off, you can enable a base attack mechanic, just in case you thought the base building was too safe. 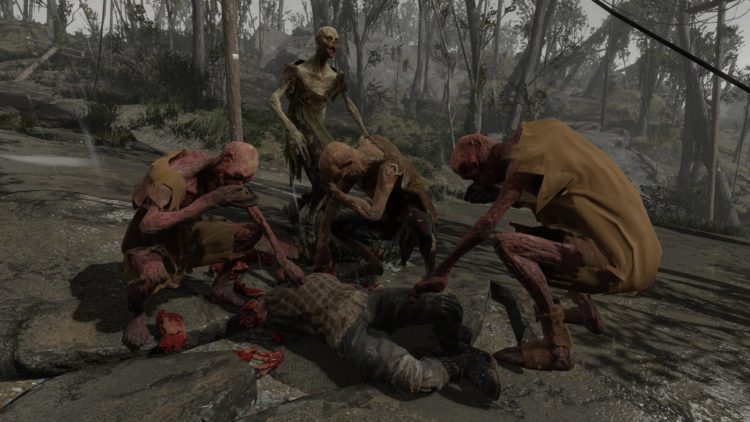 Since most zombie mods involve retexturing feral ghouls, this mod tweaks that enemy type specifically. It enhances feral ghouls at night, giving them a bonus to damage and perception, making them much tougher enemies when the sun goes down. Using this mod together with Zombie Walkers and Darker Nights is the perfect way to spend Halloween.

While some mods in this list really do make Fallout 4 much more terrifying, they don’t go all the way. Feral ghouls will still sound like they should. Terrifyer – Ghouls is just about making feral ghouls sound like zombies, and it’s disgusting. It’ll make you run away from every encounter with them as well.

Night of the Creeps

These guys aren’t officially zombies, but neither are feral ghouls. What this mod does is add in two new types of enemies. One is a new ghoul, and the other is a new type of bear. Both of them are textured completely black — dark as night. They also only spawn at night. See where this is going? You can’t see these enemies coming, which is hellish because they have enhanced stats across the board. They’re faster, more lethal, and generally a lot more unpleasant to fight if you’re out on your own. As soon as the sun comes up, they’ll retreat. If nothing else, this mod makes you appreciate your bases more. 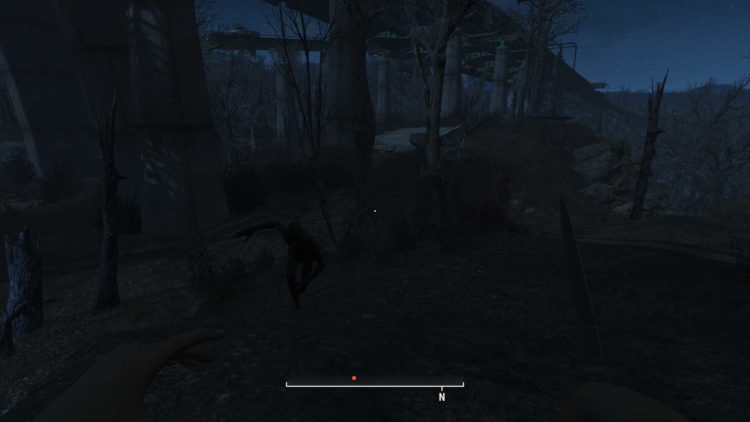 Image Source: Night of the Creeps

Technically this is another one for the Overhaul section of this Halloween Fallout 4 mods list, but it’s also all about zombies. What this mod is on a fundamental level is Call of Duty: Zombies, but in Fallout 4. It’s very well put together and lore-friendly, if you can believe it. You turn up at a location for a side quest, and then hand over all your gear in exchange for a basic loadout to go into a pit. From there, you fight wave after wave of ghouls. There are weapons on the walls to buy new doors to open, and of course, a load of traps. The mod scales up as you unlock more of the area, much like it does in Call of Duty: Zombies. In combination with any other zombie mods, it would make for a frantic and scary time.