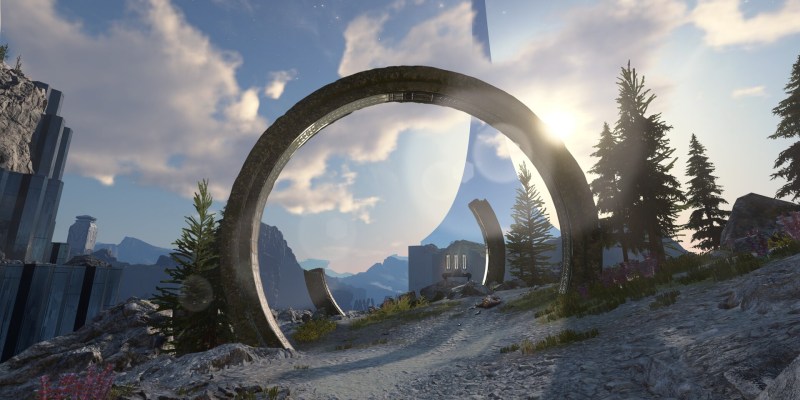 There are many hidden secrets scattered throughout Zeta Halo. Last week, we went on a hunt to find all the hidden Skulls in and around the great ring. This guide will help with another type of scavenger hunt. Below, I detail how to find all Forerunner Artifact locations in Halo Infinite.

Forerunner Artifacts are ancient rings of which you can interact with for more details on the game’s lore. Activating them will open up short conversations between the weapon and the Master Chief. They will also unlock recordings made by Zeta Halo’s Monitor. Some of these recordings offer hints at what’s next for the game, and possibly the direction of the franchise. Halo lore nuts will not want to miss out.

There are seven Forerunner Artifacts in all, and they don’t show up on the map in Halo Infinite. You’ll have to scour the land, seeking out the rings.

The first Forerunner Artifact can be found on the first island you explore. You can find it halfway up the tallest mountain, near the center of the southern part of the island. 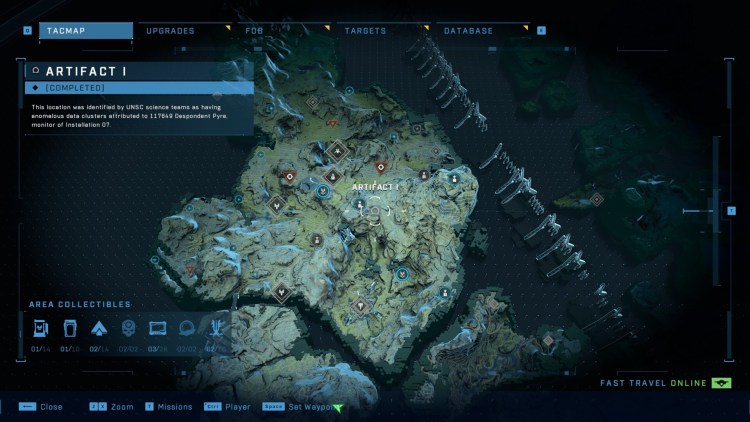 Artifact II will look the most familiar to folks. It’s the Artifact that graced the menu screen of the maligned Halo Infinite campaign preview — the one that launched a million Craig memes. Like with the first Artifact, the second one is on the first island. You can find it near a small lake at the northern most part, just southeast of Outpost Tremonius. 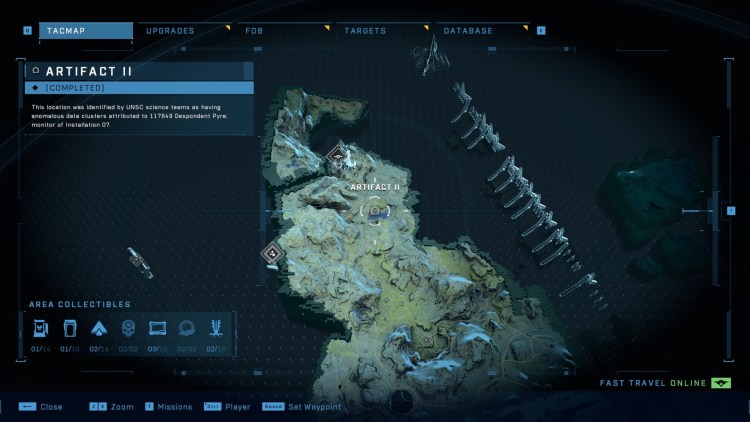 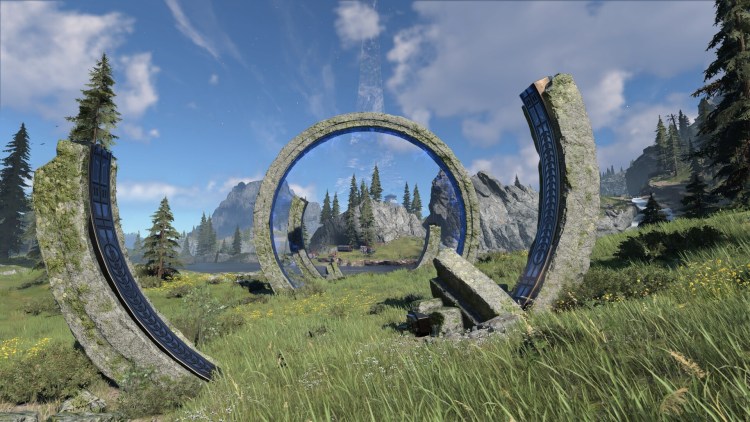 The third Forerunner Artifact is located on the southwest island. You’ll find it just south of The Tower along a ridge. It’s fairly close to two FOBs, so getting a Wasp and making a quick run is rather easy. 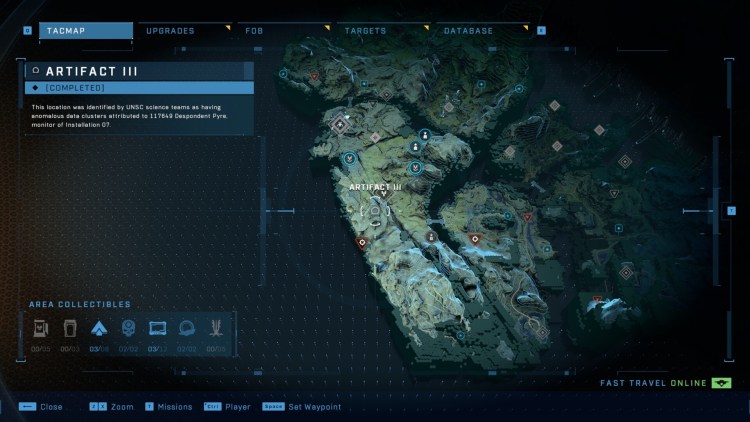 As far as locations go, Forerunner Artifact IV is in a sweet spot on Halo Infinite‘s map. It’s right between two other Artifacts, so getting all three is a breeze. Artifact IV can be found on a hill just northeast of Artifact III. If you’re in a Wasp, you can probably spot it as soon as you pick up the latter. The third nearby artifact is number six. You can scroll down a bit to see its location before moving on. 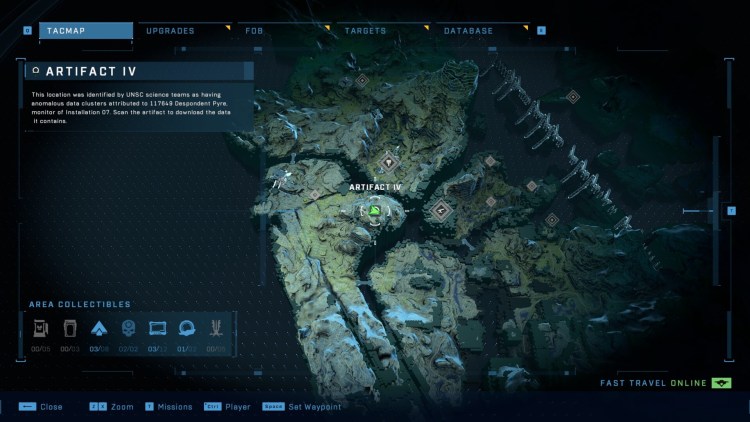 The fifth Artifact is on the island furthest east of Artifact III. You can find it west-northwest of the Nexus on top of a hill. The seventh Artifact is nearby, so feel free to scroll down before looking for Artifact VI. 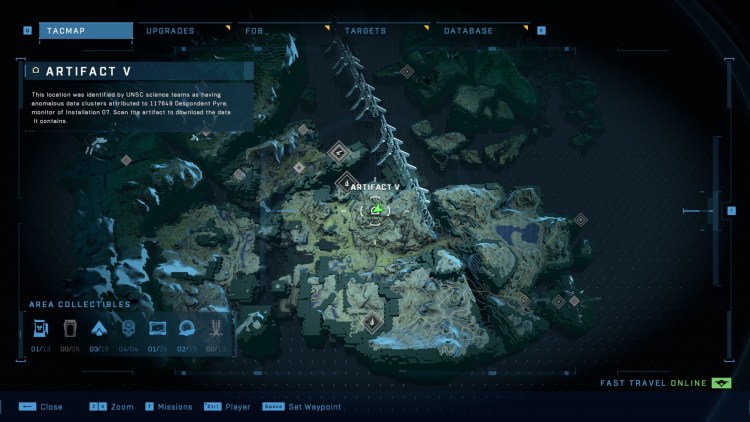 As mentioned earlier, Artifact VI is located right next to III and IV. In fact, it’ll make a lot of sense to pick this one up right after the other two if you’re merely hunting them down one by one. You’ll find it on the northern most part of the island just to the right. 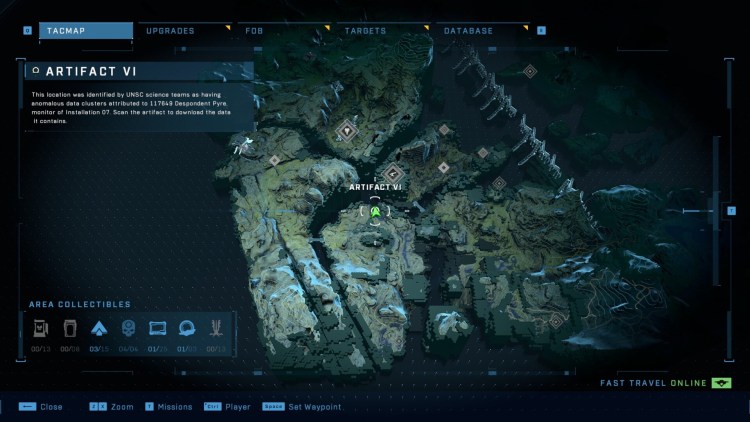 The seventh and final Artifact is to the east of Artifact V. You can find it on the northeast part of the island that contains the Nexus mission location. 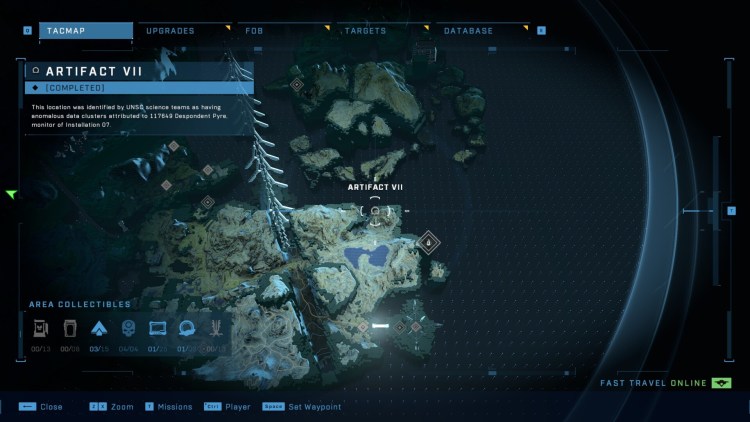 And that’s it! With these locations done, you have found all seven Forerunner Artifacts in Halo Infinite. Be sure to head to the database and listen in on the recordings. There’s some interesting stuff.