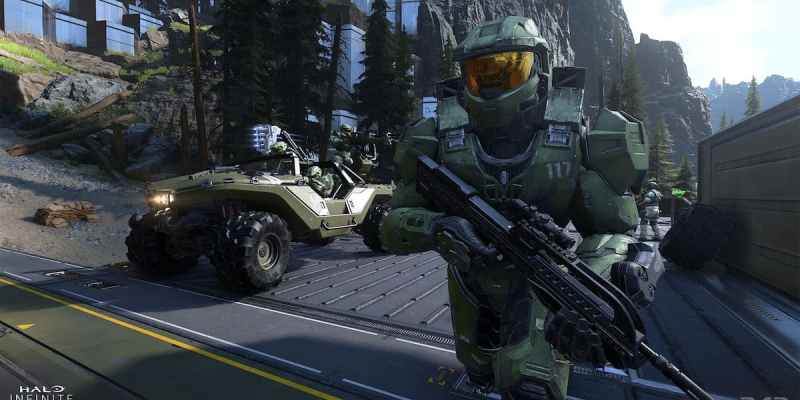 Halo Infinite has seen countless controversies over the past year, but arguably one of the bigger ones came when 343 Industries announced the cancellation of split-screen co-op. This feature has remained a staple in the Halo franchise since the first game, but although 343 promised it would add the feature to Halo Infinite post-launch, the studio chose to put its focus elsewhere. This understandably upset several fans, and it did not help that players found an exploit in the game that allowed them to experience split-screen co-op in a relatively stable fashion. Naturally, this led to IGN’s Stella Chung asking some of 343’s developers about this missing feature in a recent interview, which prompted them to share a bit more insight into why they axed the mode.

343 started off by emphasizing the company’s current focus on Halo Infinite’s live-service elements before giving a more direct answer to Chung’s question. The developers made note of the technical challenges associated with implementing split-screen, saying they spent years trying to get it right.

Much work was left to be done

Most notably, the developers stated that the split-screen co-op feature that players can access in the current version of Halo Infinite reflects about 80% of what would have been the finished product. That may sound like the developers came quite close to finishing it, but they stated that the remaining 20% would have required a substantial amount of work. Not only can the developers not commit to that remaining work given their current focus, but they also do not even know how much time the work would require.

The developers did seem to give an honest answer regarding the split-screen co-op mode’s absence in Halo Infinite, but this will likely won’t make it sting any less for fans. There remains a very slight possibility that 343 will finish the split-screen mode if it shifts focus away from the live-service elements, but fans probably shouldn’t count on it.