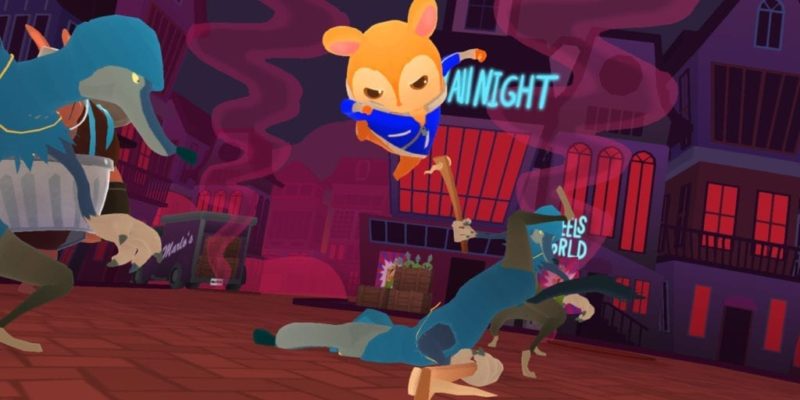 From developer and publisher Muse Games comes the adorable yet highly aggressive Hamsterdam – Paws of Justice. The game releases today on Steam, Nintendo Switch, and mobile.

Players will enter the bright and peaceful city of Hamsterdam, a town called home by countless citizens known as Hamsterdammers. The city is typically crime-free, until one day when the evil Chinchilla Marlo and his Vermin Gang show up. They begin to wreak havoc on the innocent bystanders, and it’s up to you to stop them.

You’ll follow a hamster by the name of Primm on his quest to rid his city of these nasty ne’er-do-wells and save his grandpa from their clutches. In order to complete his mission, Primm must become the Hamster-fu master and use his martial arts prowess to defeat the Vermin Gang. Throughout Primm’s journey, he’ll travel from district to district until he’s finally strong enough to take down Chinchilla Marlo.

Here’s a look at Primm in action.

Gameplay-wise, Hamsterdam is based around classic brawler mechanics with a mix of rhythm and precision elements. Players will need to combine a blend of martial arts combos with their quick reactions and timely counters to survive. And in certain levels, Primm will utilize a two-wheeled, chrome-plated, pipe-grinding scooter to skate past obstacles and enemies.

Additionally, players will have the opportunity to customize Primm. A variety of jackets, glasses, and hats will be made available, so Primm can kick butt in style.

This will mark the fifth game to come out from Muse Games. Unlike their previous titles, Hamsterdam takes a rather cute and cartoonish approach. It will also be their first attempt at creating an arcade brawler.

Hamsterdam is currently available in the Steam store, Nintendo eShop, Google Play, and App Shop. Prices vary by platform, but there is currently a twenty percent discount for those who purchase the game on Steam until August 7.

Romance of The Three Kingdoms XIV announced for PC and PS4