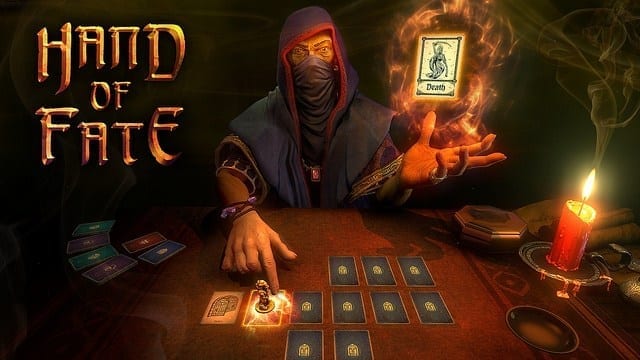 It’s always sad to see an indie developer going out of business. Hand of Fate was one of the earliest Early Access games all the way back in 2014, and now studio Defiant Development is closing. More specifically, the studio will cease the development of new titles and “continue in a caretaker mode” to support existing products. The Australia-based studio is also laying off its development team, and they are looking for new roles. Defiant suggests that other studios should hire them if they can.

Defiant Development established itself back in 2010, when Australia was in dire need of domestic developers capable of creating their own substantial IPs. And Defiant believes it has helped achieve that goal, along with other goals, even if they now have to lay off employees and cease developing new titles. In a way, the studio has accomplished its mission of “creating games nobody else would.” They managed to ride the wave of Early Access and the indie boom of the 2010s, even if they didn’t stay on top of it. Hand of Fate will no doubt be remembered as an important indie series that tried new things.

Sad to announce that Defiant are ceasing development of new titles. pic.twitter.com/OgMd61aLkp

Hand of Fate and what could have been

We also get to see a glimpse of what would have been its next game. The developer shared a sneak peek of The World In My Attic, which was only a working title but still had a great concept. Based on this preview trailer, it looks like a fantasy ARPG that takes place in a world of floating hex grids, inspired by board games. We see a player character donning a mohawk with a sword on his back, running through a gigantic hex grid, and there are other hex grids floating in the sky. Apparently, you would have been able to visit those other grids, making your progress through them.

It’s an intriguing and original concept for a fantasy ARPG, and the art direction looks superb. It’s really sad that the developer didn’t manage to achieve enough funding to develop it. This is the kind of ARPG I’d love to try, as it’s obviously trying new things instead of just rehashing the same old formulas. Perhaps Defiant Development will manage to sell the rights to the IP to another developer that would have the means to create it. It’s a long shot, of course, but original ideas are becoming harder to find.

Even if we won’t get to play The World In My Attic, you might want to help support Defiant Development by picking up Hand of Fate and Hand of Fate 2. These are definitely great games with an above-average recommendation rating. Hand of Fate is available on GOG and Steam, as is Hand of Fate 2 as well (GOG, Steam). They are a mix of ARPG and card game mechanics that are quite unique and well worth the price.

Are you sad to see Defiant Development closing? What do you think of The World In My Attic? Drop your comments below and tell us your thoughts.

The Valve Index complete bundle is back in stock through Steam

Savior, previously Into the Rift, gets its action parkour first trailer