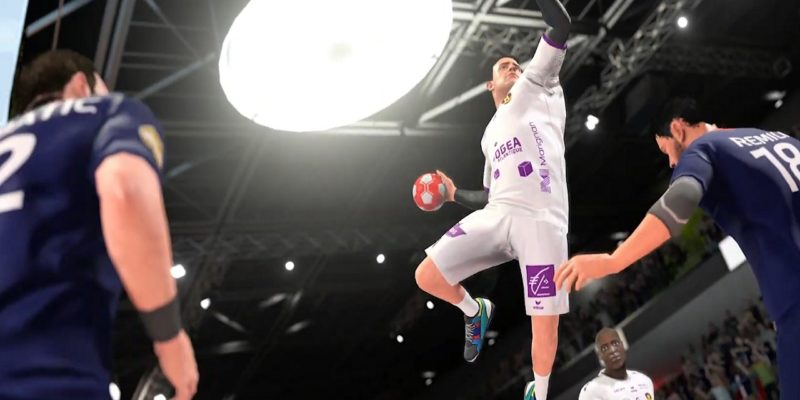 It can sometimes feel like announcing a new sports game isn’t really worthwhile, but this case is a little different from your typical FIFA or Madden reveal. Nacon, formerly Bigben Interactive, released a teaser trailer earlier today for its new sports game, Handball 21.

This will be the first Handball game released since Handball 17, developed by Eko Software. It looks as though Eko will be continuing development over the Handball series with this latest installment. If you’re interested, Handball 21 will release on Steam sometime this November. However, an exact release date has yet to be announced.

The return of Handball

As with most teaser trailers, it doesn’t reveal too many meaningful details, but there are a few useful takeaways. For one, assuming the trailer is using the in-game engine, Handball 21 should be a significant visual improvement over its predecessors.

On top of that, the video description gives us an idea of what we can expect to be improved this time around. It seems as though Eko Software has focused on the game’s A.I and the addition of new game modes.

It’s early days, but fans will surely be hoping that the developers can clean up the previous titles’ various technical issues. Thanks to the large break in releases, the development team will have had plenty of time to polish and improve Handball 21. This could be a good pick-up for any Olympics fans as handball has already been confirmed as one of Tokyo 2021’s 46 represented sports.

If it’s going to be good is difficult to say, but Eko Software does at least have a breadth of experience in game development. The French developer is responsible for RUGBY 20, Warhammer: Chaosbane, and How to Survive 2. Going by Steam user metrics, the studio hasn’t released a poorly received title since RUGBY 18 back in 2017. It’s too early to tell, but there’s definitely some promise for Handball 21.

Bloodstained: Curse of the Moon 2 coming to PC with an armored corgi