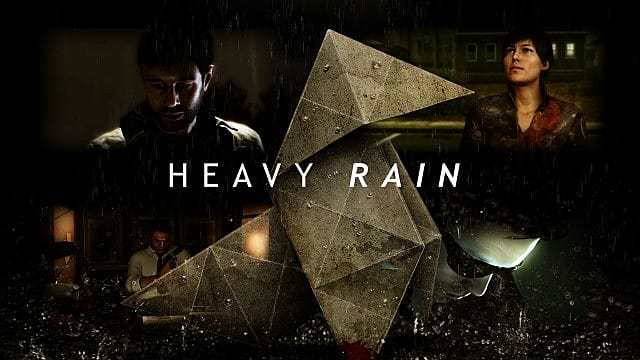 Last month we saw the announcement that three Quantic Dream games would be coming to PC as Epic Games Store exclusives. The first of these exclusives, Heavy Rain, is now available for sale from the Epic Games Store. It remained a PlayStation 3 exclusive since its 2010 release until it was ported to PlayStation 4 in 2016. Now it’s time for the Heavy Rain PC port, which has been fully optimized for the platform. Players will experience this seminal interactive drama action-adventure in 4K resolution, with widescreen compatibility and a 60 FPS frame rate.

If you’ve already played the PlayStation versions for different endings, this remaster can still serve as a feast for your eyes, as it adds some graphical enhancements unavailable on consoles. If you’re a diehard PC gamer who never ventured into console games, you can still enjoy Heavy Rain for its mature story. You will follow the tracks of the Origami Killer, a serial murderer who kidnaps his victims then drowns them through thick rainfall. From the perspective of four main playable characters, you will attempt to solve the mystery of Shaun Mars’ kidnapping and prevent his and other murders.

Try before you buy

You can still try the Heavy Rain demo before you buy in case you’re hesitant about this PC port. I gave it a try myself a while ago, and I found it fluid enough. I actually remember trying the game on PlayStation 3 at a friend’s house once. The controls felt very eccentric to me, as I even had to shake the DualShock 3 controller to perform certain actions. The PC controls will also take some time to settle, but I didn’t have much of a problem. I’m not a big fan of QTEs, but I do like mature interactive dramas.

Have you tried the demo yet? What were your impressions? If you’ve played the PlayStation versions, how does it compare? We’d like to hear your thoughts, so leave your comments below!