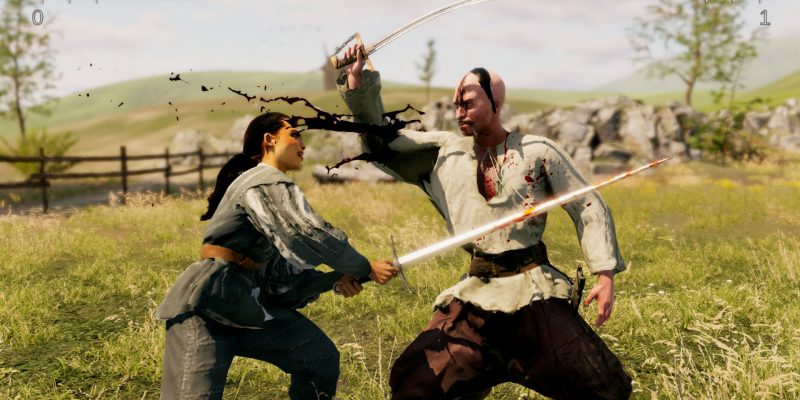 It’s been quite some time since I’ve seen a game use Bushido Blade rules. No life bars — just people taking fatal weapon wounds. Hellish Quart is a new sword fighting game that operates similarly, with the addition of modern motion capture and realistic damage courtesy of an industry vet who worked on Geralt’s animations in The Witcher III. The game enters Steam Early Access today, bringing its brand of ruthless combat with the power to slice through friendships like paper. But the question stands: is it worth it?

The first time you start Hellish Quart, you’ll see a couple of familiar modes: story, versus, and a tutorial. The story mode, however, only leads to a proof of concept video. An actual narrative-driven campaign won’t be in the game for quite some time. There are basic and advanced tutorials, but they’re also just videos. As for versus, you can either play against the AI, or another player locally or online. Well, sort of. Shockingly, the game doesn’t have matchmaking. Instead, you’ll have to use Steam’s remote play feature or Parsec. I can’t imagine that’s going to work out well for the game.

As such, there’s not a whole lot to do in Hellish Quart at the moment. There are several fighters and stages to pick from. You can choose AI behavior, ranging from passive to aggressive. I wish there was a training mode where you could practice to your heart’s content without worrying about resets, but alas. At least the game looks fantastic. The animations are killer, and the visuals are much better than one might expect from an indie fighter of this sort. 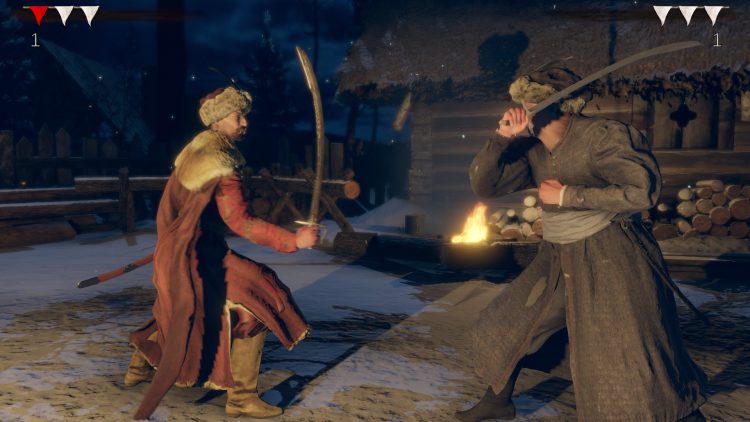 As for the gameplay, Hellish Quart feels undeniably different from most anything else I’ve played. The premise is as advertised, comprised of just one-on-one sword fights. You have full control over your attacking behavior, but the game handles incoming strikes automatically. The blows are met with highly polished defensive animations. It’s almost hypnotizing to watch the blades realistically glance off of each other. In order to win a match, a character must win three rounds total. A round doesn’t end just because someone takes damage, though.

Minor cuts on limbs and the like will not stop the fight from carrying on. The affected spot will be appropriately bloodied, and the wound will coat the offending blade in red. It makes fights feel more believable and dangerous. Similarly, sword strikes that earn a point are brutal and impactful. It’s shocking at first to see a flash of blood followed by a fighter’s face sporting a garish vertical slice.

Finding the right timing to actually score those points can take some practice, however. Each character has combos, and the physicality of the sword strikes need to be taken into account. Hellish Quart is an intricate game that requires precision and finesse. But that doesn’t mean you can’t fight a little dirty sometimes. You can also grab, punch, or kick an opponent if they allow you to get too close. Extending a sword’s reach is also valuable.

To put it mildly, I’m impressed by the game. The current lack of legit online multiplayer is going to make it a hard sell for many, though. If you have friends who will play it with you, then the game might be worth it. 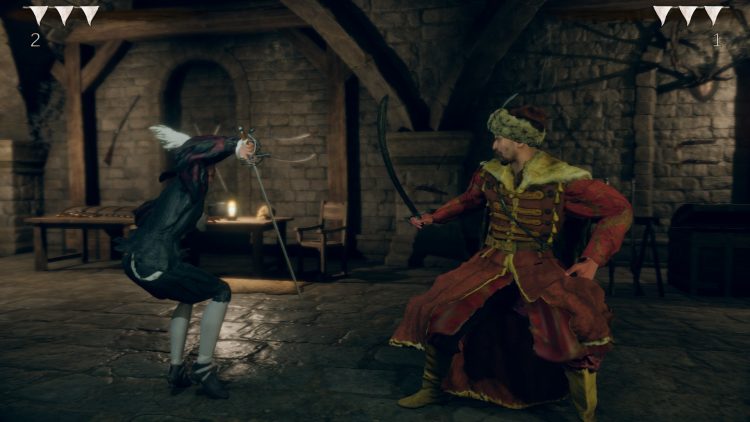 By Cameron Woolsey3 hours ago
Previews