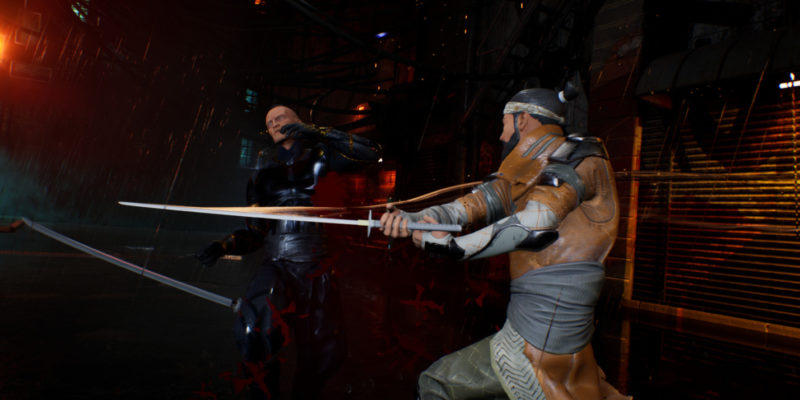 If you are a fan of Bushido Blade style fighting games, then Die by the Blade is a game that you will want to keep an eye on. Inspired by games like Bushido Blade and Samurai Shodown, the game recently reached its funding goal on Kickstarter and has added a few new stretch goals to the mix. Today on the YouTube channel of publisher Grindstone, a video was uploaded breaking down the basic gameplay Die by the Blade will have to offer.

The video is voiced by the lead designer of the game, Peter Adamondy, and we will go over what the video has to say about the gameplay of Die by the Blade. The first and most important aspect of any fighting game is movement. Die by the Blade features eight-way movement that should be familiar to anyone who has played Tekken or Soul Calibur before. You can roll forward and back, and the rolls travel very far. You can also dash forward, back, and to either side. This helps add an element of mobility to the combat and reinforces having a strong neutral game. Although the feature isn’t implemented yet, you will also be able to climb onto higher surfaces, just like in Bushido Blade.

Offense and defense in the game mostly revolve around stances. There are four stances you can enter at any time, high, mid, low, or back. Your moves will change depending on which stance you are in, and each stance has two types of attacks, horizontal and vertical. When you attack, an arrow will appear next to your attack. This lets your opponent know what stance you are in. In order to block an attack, you must be in the same stance. Die by the Blade uses a dedicated block button. When pressed, it will lock your character into a defensive stance. When blocking, you can switch between stances just like you can on offense.

Slice, chop, and feint to victory

When you are hit in the game, you will become injured and will appropriately be hindered depending on where you were hit. For example, your movement and attacks will become slower, etc. Combos can be up to three hits in the game. When you attack, a white trail will come off of your weapon. This is an indicator that you can input the motion for the next attack. Your first attack will have a white trail, yellow for the second, and red for the third. This means your opponent will be aware of when your attack string will end, and they will be able to mount a counterattack if you aren’t careful.

To offset this, the game features a feinting mechanic. When you are in the startup of an attack (before the white trail appears), you can cancel the animation of your attack and go into a neutral position. This will allow crafty players to fake out their opponents into committing to blocking in the wrong direction while they deliver a counterattack. The video only shows the first attack in a string being used as a feint, so it is unclear whether the second or third attack can become a feint as well.

Die by the Blade has more stretch goals in mind for its 2021 release, including the addition of ranged weapons. If you like what you see, you can check out the game’s Kickstarter if you would like to pitch in.