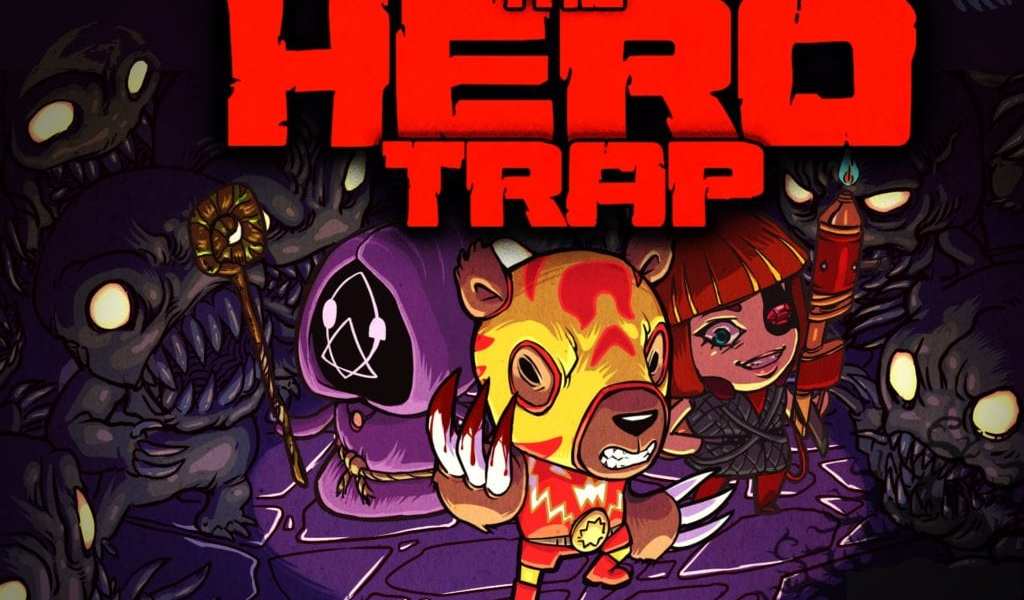 Developer Smashworx raised $26,082 to create their hero- switching dungeon crawler Hero Trap back in April 2014, and even had the game Greenlit on Steam, but the whole project has now been cancelled.

In and update on the Hero Trap Kickstarter page, they explain why they have now cancelled the game due to underestimating costs and setting an unrealistic funding goal in the hope it would surpass the amount asked for. They had also pinned their hopes on finding a publisher to fund the on-going development.

After two years and extra money being pumped into the project they have decided to call it a day, but they have at least offered refunds to backers, which is more than can be said for some failed Kickstarters. The update reads:

Some contributors to our Kickstarter campaign for The Hero Trap have expressed disappointment that we have not delivered the game. I share your disappointment, and want to give you some information about our work status on the project.

When we ran the Kickstarter campaign, we made a strategic decision to create a lower goal amount than we needed to complete the project, in the hopes that we would exceed the goal amount but still receive the money generated by the campaign should it fall short of our expectations. When we did not raise the amount anticipated, we hoped that we would be able to make up the difference by securing the balance of the amount needed through a publisher. That didn’t happen, leading to more budgetary shortfalls. Simultaneously, we lost our anchor client in the more lucrative work for hire part of our business.

With a smaller team, we continued to work on The Hero Trap consistently. We realized there were some flaws in the gameplay and attempted to correct course, which led to us to changing much of the hook that attracted many players in the first place. Nonetheless, we felt with this new version of the game we would be able to find a publisher. Unfortunately, this was not to be. At this point, I’ve personally spent over eighty thousand dollars and I can’t afford to keep pumping money into it. In addition to the financial strain, it’s taken a personal toll. At this time, I’m regretfully cancelling the project.

I will make every effort to refund the money of those who feel they have been “cheated” as a few contributors described. While it was obviously not our intention to cheat any contributors, I take responsibility for making some mistakes in the fundraising phase. Please send me your paypal account via private message by July 10. I will return your money shortly after that.

For those of you who remain, we will be posting the current Mac and Windows versions of the game after the refunds. Additionally, each donor will receive a copy of my next game, whatever that may be.

I’m truly sorry if you are disappointed, but financing games is a complicated business and not every project makes it to completion. Thank you for supporting us, and for supporting small projects like ours in the future. Nik

There is a lesson to be learned here, never underestimate costs and never think a publisher is going to turn up and save the day. Still, it’s heartening to see a developer offering refunds on a failed Kickstarter project.