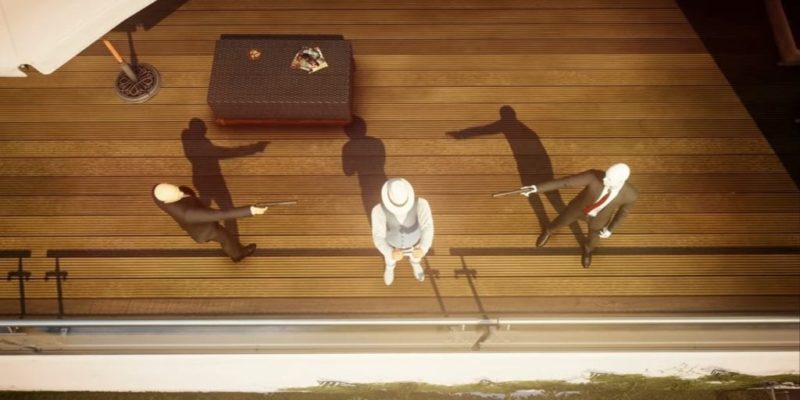 Before you ask, no, the newly-revealed Ghost Mode in Hitman 2 isn’t a spooky Halloween celebration. We know what month it is, but there are no real ghosts to chase you during matches. Still with us? Okay. Ghost Mode is actually an online versus match, where you and an opponent snipe and stab your way to earning five points eliminating targets. But here’s the juicy bit: you’re playing in the same level, but in separate realities.

The gist of the new mode is intriguing. You and your opponent match wits, attempting to “out hitman” one another by taking out a designated mark. You earn points by killing your target while staying unseen by surrounding NPCs. If you can do that and keep the body hidden for a short time, that’s a point in your favor. Killing non-targets causes you to lose a point. The rules are in place, and impatience is a hindrance. You must be quick and smart in order to come out on top.

A Ghost Of A Chance

And now for the fun bit. You can always see your opponent — a ghostly white version of Agent 47 — and what that person is doing, wearing, or holding (items-wise). This will allow you to outmaneuver your alabaster doppelganger as you both narrow your sights on a target, both of whom you can see as well. Ghost Crates dot the arena, offering randomized disguises, items, or weapons to consider while you stage your grand plan.

However, each Ghost Mode player exists in their own reality. In other words, what you do in your game won’t affect your opponent’s world — with some exception. Ghost items affect both realities. The example provided the Ghost Coin, which attracts the gaze of nearby NPCs is each player’s game. 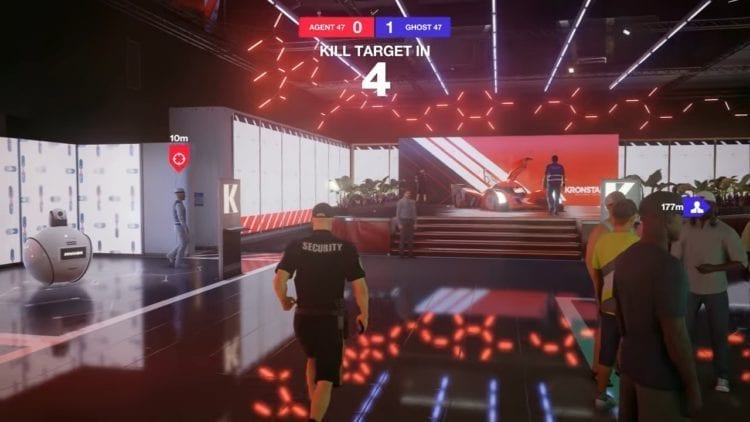 You can see the location of your target and opponent during the match.

You won’t go into each match blind. An announcer calls out “key elements” throughout the match. Also, dying holds no consequence. When killed, you respawn back into the same spot, keeping all your disguises and equipment.

Ghost Mode sounds fascinating. I appreciate it when game developers think outside the box when it comes to multiplayer modes. I mean, would we really want another deathmatch? Still, the new mode does run some parallels with the multiplayer behind Assassin’s Creed, which also offered a fresh take on the game’s core formula.

Hitman 2 will release for PC on November 13. For more on Ghost Mode, including extra information and screenshots, hit up the official page.