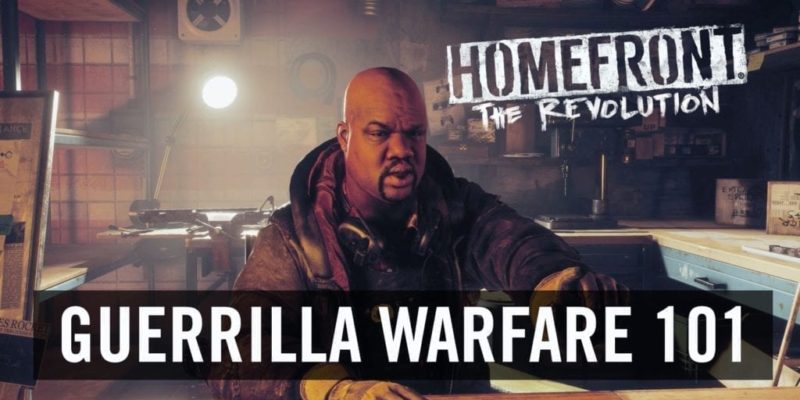 May 17, 2016. Mark your calendars if you feel ready to jump into the fight in order to liberate Occupied Philadelphia in Deep Silver’s upcoming title “Homefront: The Revolution.

The studio published a new trailer entitled “Guerrilla Warfare 101” that focuses at the title’s tools of “the trade”. Modular weapons, with interesting customization and a lot of crafting will be included into Homefront’s gameplay. It’s a pretty cool trailer, but we will definitely need to wait for the whole series of new videos in order to get a more detailed look into the whole enviornment of the game.

There will be new gadgets available with some cool mechanics, like freezing and turning cameras and drones against the enemy. The trailer raises a few questions regarding AI and how thw whole money-system will work, but as mentioned before, this is just the first video of an upcoming video series.

The open-world FPS is gaining more and more hype and Dumbster Studios needs to prove that it has done a good job in developing the title with the CRYENGINE. You obviously have to learn the art of Guerrilla Warfare if you want to succeed in this revolution.