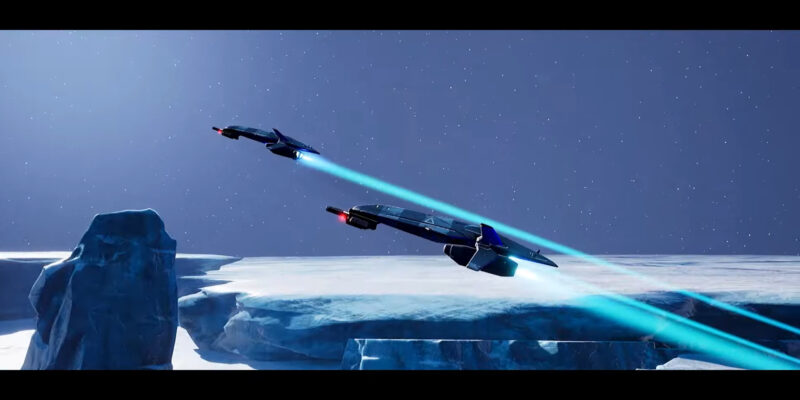 The pre-show of The Game Awards 2021 delivered some out-of-this-world news for fans of space RTS fans. Blackbird Interactive and Gearbox Publishing revealed a first look gameplay trailer for Homeworld 3. This is also the deepest look at Homeworld 3 to date. We were also told that the next chapter in the epic Homeworld saga will have space battles that play out on an even larger and more ambitious scale.

There is already a Steam page up for the next installment in the award-winning sci-fi RTS. It tells us that the planned release date for Homeworld 3 is in the back end of 2022. If you’re looking to lead fleets and wage war across the stars, you should add it to your wishlist now.

Homeworld 3 is said to be a true standalone game that you can dive into even if you haven’t played the previous games in the franchise. The game’s campaign is set generations after the events of Homeworld 2. The galaxy has been at peace for years and it is flourishing thanks to the Hyperspace Gate Network. However, the gates are now failing and as they shut down, trouble is brewing. The protagonist of the first two Homeworld titles, Karan S’jet, has become nothing more than a myth. But she is the key to securing the galaxy’s future.

Homeworld 3 battles will take place in massive 3D open space, as well as among massive space derelicts called megaliths. You can use this terrain to hide your fleets, ambush foes, and perform all manner of tactical maneuvers. Your fleet can be bolstered by new ships advanced by the galaxy’s technologies.

There are also new gameplay features that will make the epic space combat of Homeworld 3 feel fresh for new and veteran players. Once you’ve completed the game’s campaign, you can take on other players in free-for-all 1v1 team battles. You can also team up with a friend in the new co-op mode, which comes with a roguelike twist.

If you’d like more info about Homeworld 3, you can head over to the game’s website. There are tons of details about the story so far, the state of development, and the development team.

The Game Awards 2021 — Liveblog As It Happens