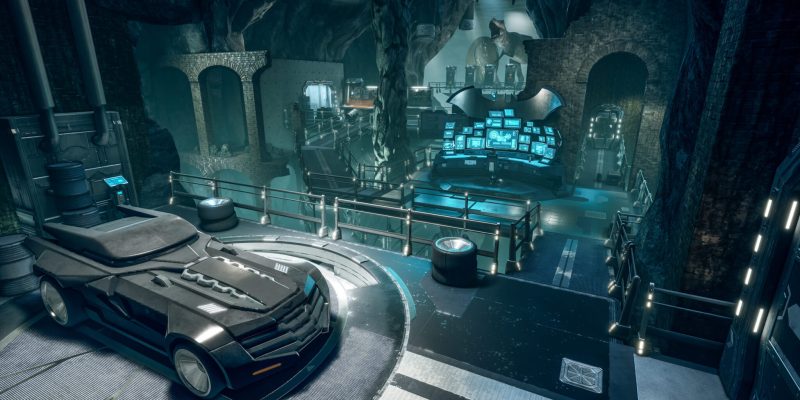 As Mattel and Milestone laid out in the Hot Wheels Unleashed content plan, the first major DLC coming to the toy car arcade racer is the Batman Expansion. And it rolls out today. The DLC brings a ton of Dark Knight-themed content to Hot Wheels Unleashed, including new cars, a new race environment, a new track part, a new Career map, and a themed Customization Pack.

You’ll probably begin with the brand-new Career map, which is inspired by Gotham. The new environment is none other than the lair of the Dark Knight, the Batcave. As you race around the cave, you’ll be able to see Batman’s gadgets and gear scattered around the environment.

If you love cosmetics as much as I do, then the most exciting aspect of the DLC is the new vehicles you can get. There are five in total. There are two Batman-themed cars, the Batman Rebirth and Armored Batman. The Dark Knight’s trusty sidekick also has a car, Robin 2.0T. There are two villainous vehicles to round off the pack, The Joker GT and The Penguin.

The final gameplay-related bit of content arriving with the Batman Expansion is the Joker Funhouse Split track piece. As you can see in the trailer below, it’s a dastardly devil of an obstacle that can send cars spiraling off the iconic orange tracks.

The Hot Wheels Unleashed Batman Expansion also includes a Customization Pack that you can use to deck out your environments. It has custom walls, floors, and a door. Plus, two new decorations, a sofa, and some awesome DC comic posters. The Pack also rewards you with two icons, two tags, and two backgrounds for your Unleashed Profile.

The Batman Expansion, as well as a bunch of other goodies, is part of the Hot Wheels Pass Vol. 1. You can check it out and pick it up on the game’s website. You can also check out our review of Hot Wheels Unleashed if you’d like to learn more about the game.