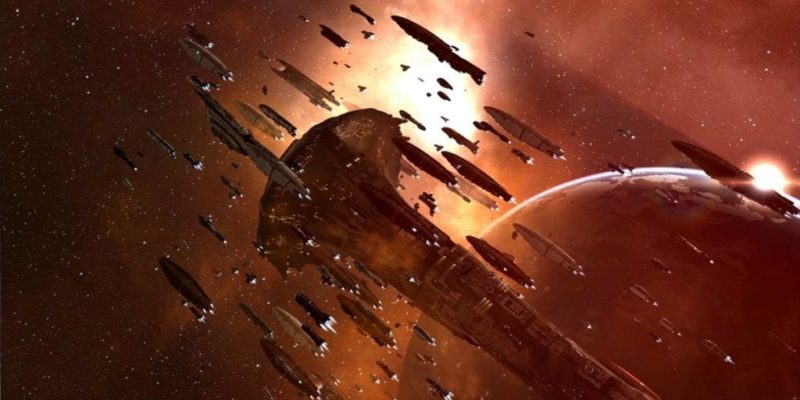 Although this past weekend’s EVE North – the latest stop on the EVE Invasion World Tour – was packed with fans who came to celebrate the game, CCP had some sobering news to share. Amid the festivities and statistics related to the recent Invasion expansion was one huge problem. Simply put, EVE Online has a big problem holding on to new players.

How bad is it? According to CCP’s data, about 90 percent of incoming players drop out after a week.

Speaking with PC Invasion, EVE Online senior brand manager Sæmundur Hermannsson said that this was a “lose/lose for everyone.” CCP loses by not holding on to new players, current players don’t get to meet new ones, and the players that leave lose out on the immense amount of content the game offers. He said that about 3,000 players sign up for the game each day, and having such a high attrition rate is simply unacceptable. 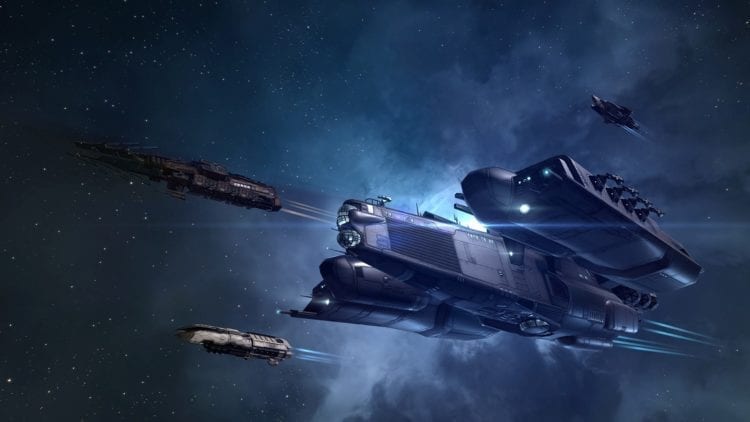 A major part of this issue comes from the amount of complexity that naturally comes with a 16-year-old game that’s in a constant state of development. However, EVE was never an easy game for new players. In fact, there’s a long-running joke about how the game’s learning curve compared to that of other games is a steep cliff that people jump off of. Hermannsson admits that CCP took a certain amount of pride in having a challenging and esoteric game for hardcore players, but that complexity is now hurting them.

“Having a deep, complex game is good and it’s something that EVE is uniquely good at,” Hermannsson explained. “But having something that’s too complex or difficult in the beginning can feel overwhelming, so [new players] don’t get a chance to seeing this beautiful game.”

The battle to retain new players isn’t a new one for EVE Online, either. CCP introduced a complete revamp to its new player experience last year with a story-driven campaign called Inception. That too failed to retain an acceptable number of new players compared to those of other MMOs, so the company has to revisit its approach to try again. 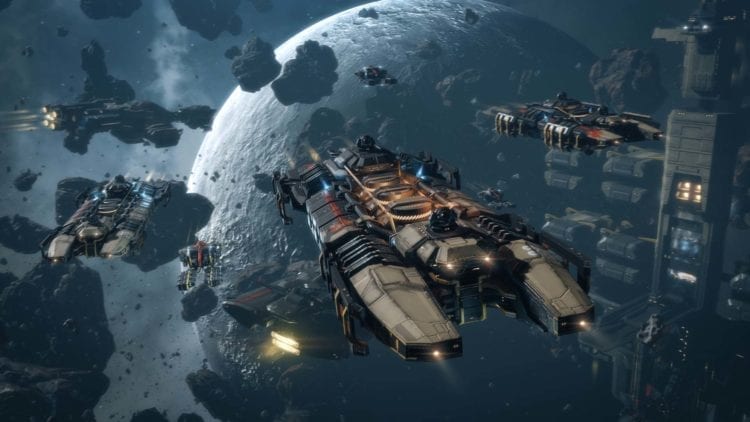 CCP is putting more development focus on the new players, with additional engineers and developers dedicated to reshaping the experience. In the typical EVE Online fashion, the company is taking a very data-driven approach to the situation by analyzing each step of the experience to find out where people tend to drop off.

Once that’s done, the company will work to understand why so many rookie pilots are leaving, then testing different approaches with user feedback to solve the problem. Right now, CCP is developing a new tutorial that addresses the most frequently asked questions by new players.

“I firmly believe that we can get on a path to an 80 percent success rate,” said Hermannsson. “But you need to do testing to see what works and what doesn’t.”

“EVE is famed for its complexity and it’s one of the hallmarks of New Eden,” said Paul Elsy, the game’s senior community manager. “We want pilots to continue to have as many options and avenues for gameplay as is possible, given the sandbox nature of the game. This does, of course, bring about substantial challenges, and we’re always working to keep the first few hours of gameplay fresh and simple for new players.” 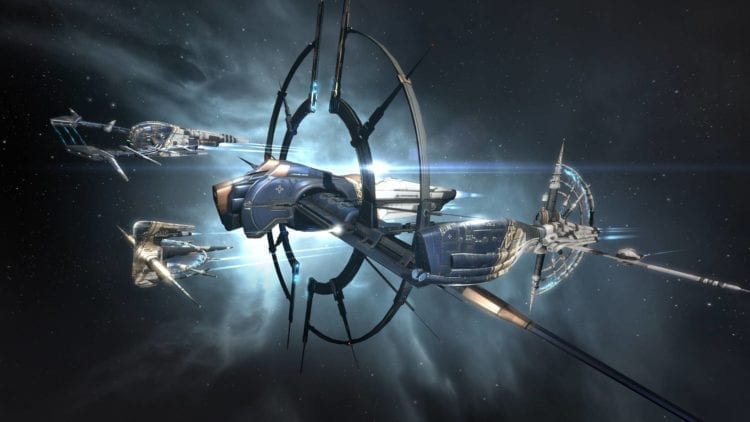 At the same time, Elsy admits that there’s a constant fight to stay true to the EVE Online veteran players have grown to know and love while allowing new pilots to join without feeling overwhelmed.

Both men cite the revised Agency system, which highlights different events happening across the galaxy. The system got its newest update in May, and players are using it more often than ever. It streamlines the EVE Online experience by cutting down the aimless wandering while providing higher levels of situational awareness and showing off what New Eden has to offer.

Games such as World of Warcraft limit the interface until players reach a certain level. Hermannsson said that something like that might be on the table for easing players into EVE Online. As the developers gather data, engaging new players remains an open field. But a side benefit for current players is that the renewed focus on the new player experience means that issues that have long plagued the game have a higher chance of being fixed.

But no matter what approach CCP and its community pursue, there’s the inescapable fact that EVE will continue to become increasingly complex as new expansions and features are added on.

“EVE is always going to be a complex game. This is dictated by the nature of its sandbox design,” said Elsy. “The key is trying to balance the complexity that our established players know and love while making sure that content is also accessible to new players and can be presented to them in a solid and contextual way.”

Then there’s the matter of increased competition, not just from other MMOs, but other online games that offer quick, high-action sessions. Even Hermannsson confesses that, with his family obligations, he doesn’t always have time for long gaming sessions.

Systems such as the Agency in addition to regular events will help encourage new players to explore New Eden and join in the action. Additionally, there’s the Abyssal Deadspace region, which was added to the game last year with The Abyss expansion. It also happens to be where the newest menace, the Triglavian Collective, comes from.

Pilots can only access the Abyssal Deadspace for a limited amount of time, but it offers “fun anywhere in space for 30 minutes,” Hermannsson explained.

The Abyssal Deadspace also contains tiered levels of difficulty, with the lower ones well suited to rookie pilots.

However, the key to retaining players comes down to the players themselves and getting new pilots to join like-minded corporations. According to Elsy, the EVE community is “one of, if not the, best retention tools that we have.”

EVE’s recruitment program now offers more substantial rewards to those who recruit and train new players. “We’re in a position where we’re now looking to work even closer with new player organizations to understand the pain points that new players experience when they first come to EVE,” said Elsy. 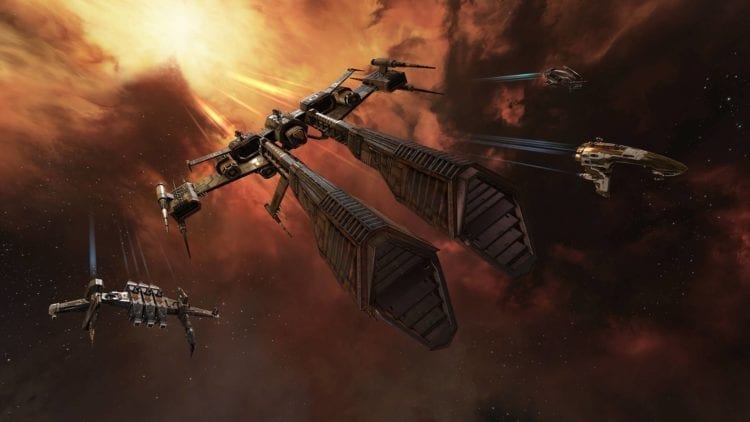 Welcome emails include links to EVE University, a community-maintained wiki that provides a wealth of resources and information to players. The company also highlights manuals and guides created by users on Steam. Additionally, corporations can flag themselves as “new player-friendly,” which will appear on the game’s corporation finder searches.

Hermannsson said, “A lot of players stay in the game because they form strong social bonds. EVE is like a friendship machine, and it is our job at CCP to tell players how they can make these bonds. But we also need players to help because our data shows that new players that are sought out by others are twice as likely to stay.”

Additionally, rookies must understand that they need to actively seek out others. Most players will have a hard time learning the game’s systems alone. But with the right mentorship, new players may be ready for more advanced content after one week.

Given the close relationship EVE Online has with its community, combined with the game’s social sandbox design, it’s not surprising that the best way to retain players is with other players. As stated at the EVE North keynote, “We make the game, but the players make it legendary.”