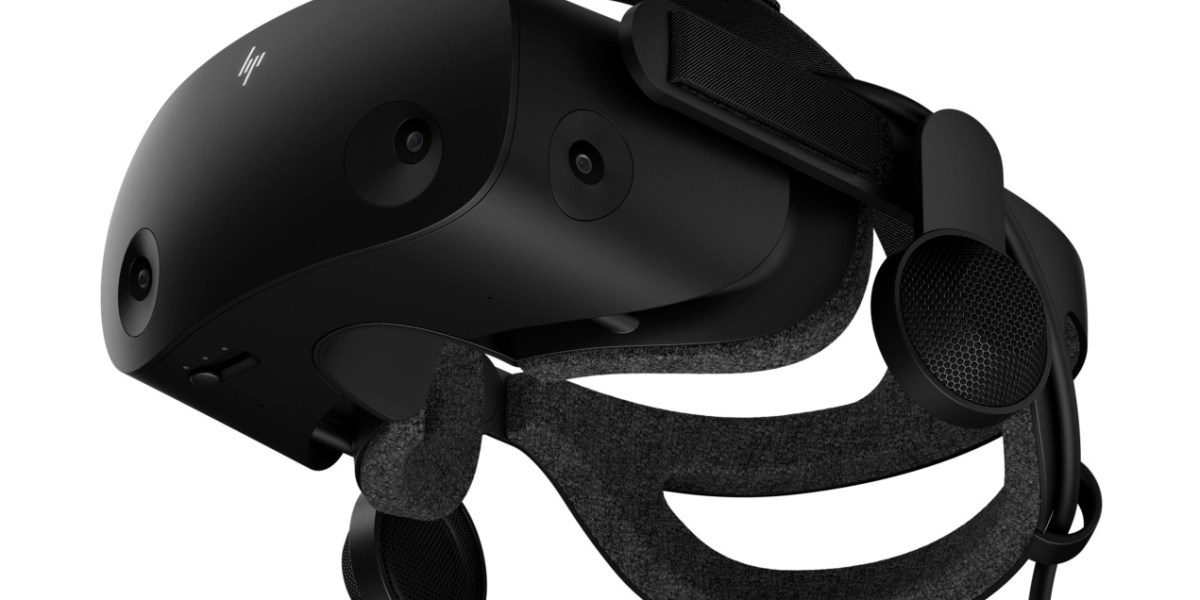 After the surprising interest from the gaming community with the original unit, HP and Microsoft knew they had to step it up with their new HP Reverb G2 virtual reality headset. Built for gamers from the ground up, the Reverb G2 is a device that aims to bring high-quality performance and tracking for a lower price.

Retailing for $599, the Reverb G2 also saw PC gaming power Valve join the effort to not only bring elements from its past headsets over, but also develop the brand new panels inside the headset.

But is this a total package worth having, or are those who want to get into the VR gaming space better off going elsewhere?

Setup is a cinch

When it comes to the setup process, you’d be hard pressed to find anything easier to get up and running than the Reverb G2. It’s nearly a plug-and-play device right out of the box.

To connect, you’ll plug the headset into a DisplayPort 1.3 or higher port as well as a USB-C  connection. If you don’t have USB-C, it does come with a C to A adapter to make it more compatible. The included cable is six meters (~20 feet) long, giving you plenty of slack for movement.

Even the controller setup is easy. Those come pre-paired with the headset and just require you to turn them on to get started.

It does support SteamVR, but you’ll need to download the appropriate application from the Steam store. And trust me when I say that you’ll want to take care of that right away, because Windows MR Portal just isn’t that great a piece of software.

The only drawback with the connection is that a 45w power brick is required to be plugged in to power the headset. It would’ve been nice had HP, Microsoft and Valve found a way to make it where it could be powered via USB.

Because of Valve’s involvement, a number of features from Valve’s Index made it into the Reverb G2. The first thing brought over with the design is the magnetic facial interface that makes removing the microfiber-covered face cushion quick and easy for cleaning or replacement. After sweaty sessions of Beat Saber, it was nice to just simply pop off the cushion and give it a quick wash before the next use. 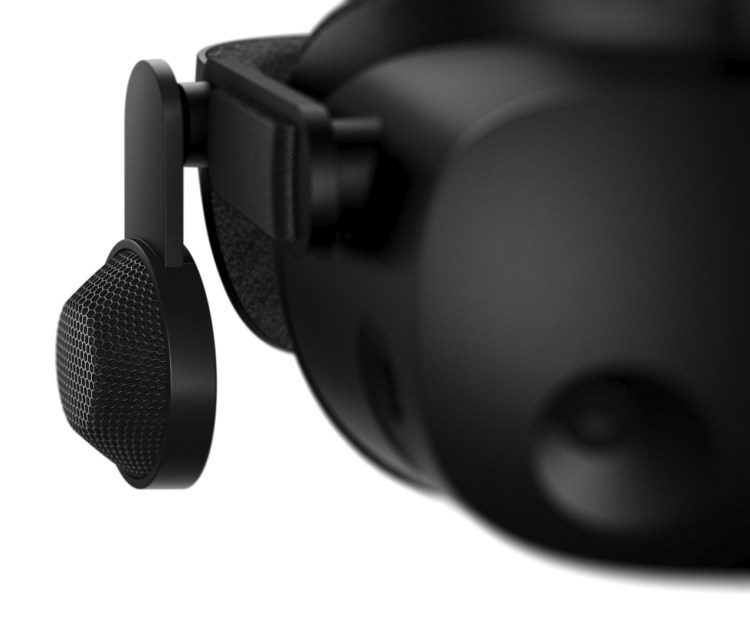 The next thing you’ll notice are the adjustable off-ear speakers. This system gives you a sense of location with the sounds coming through, and helps immerse you into your gaming. Thanks to Valve’s audio technology, the Reverb G2 includes a great overall audio quality. From the bass to clarity, there’s no reason why you’d ever want to swap out the speakers for a pair of headphones, which you can do if you so choose.

With Valve on board, HP utilized the company’s resources to create new LCD panels for the Reverb G2.

The headset features dual 90 hz LCD panels with 2160 x 2160 resolution per eye. They take advantage of Valve’s dual-element Fresnel technology that had originally appeared on the Index. With this technology in the fold, the clarity is incredible to behold. Gone is the Mura effect from the original HP Reverb that made it feel at times as if the player was looking through a pair of foggy goggles.

Better brightness levels along with higher contrast makes everything within the Reverb G2 look sharp and smooth. And, as someone who’s had issues with motion sickness in the past with VR headsets, it helps curb that problem quite a bit even with a smaller overall lens size than Valve’s own VR device. The 114 degree field of view also goes a long way in keeping any sickness at bay.

That said, there were some instances — like when moving side to side quickly or surveying an area off in the distance — where the sickness would rear its ugly head. The headset offers a nice linear slider for a quick change to your interpupillary distance (IPD), but the range isn’t that great. You can go from 60 mm to 68 mm, which is far shorter than the 58 mm to 72 mm that the Index offers, or the 58 mm to 68 mm that the Oculus Quest 2 gives you.

Despite the limited range, though, your eyes should remain comfortable during longer play sessions more often than not. Besides, it’s a far better option than what the original Reverb had with its fixed lenses.

There were some instances with framerate drops, but that was clearly a case of how the machine itself ran the game rather than anything the headset was doing or not doing. Once moving to a more powerful machine, I found limited drops in most games at full resolution.

Overall, the HP Reverb G2 feels like both a solid piece of equipment as well as a cheaper plastic product.

The headset is incredibly comfortable when on. Even with the somewhat larger plastic frame glasses, they pose no problems once the headset is secured to the face. It’s easy to move around and not feel the glasses under any pressure, which makes for an enjoyable session. The front-flip feature is the only time that having glasses becomes a detriment, as the headset will catch on the frames when trying to quickly lift the headset to get a look at something around you or do something like check your phone. However, that’s the price to pay for refusing to wear contacts, I guess.

The rubber nose piece also adds to the comfort level. Honestly, the Reverb G2 is the most comfortable VR headset I’ve ever put on, and it’s the only one that didn’t cause my neck or head to feel heavy after an hour or more of play time.

That alone deserves a lot of praise in the VR community.

Unfortunately, I did mention that it can feel like a cheaply-built product. While it never feels like it’ll fly off my head during use, I never feel quite safe when putting it on or taking it off. There are just too many elements that make it feel a bit too fragile for my liking.

First, almost immediately during the first playthrough, the clip loop that’s included to hold the cable along the back of the headset snapped perfectly in half. While HP did send a replacement clip, it still didn’t sit well that the original one broke so easily.

The entirety of the headband also feels a bit flimsy. Yes, it’s that way to allow for more flexibility and comfort, but I always feel like I’m going to snap the thin side extensions when both putting on and removing the headset.

Let’s preface this by saying that the tracking on the Reverb G2 isn’t that bad. It’s just not where it could or should be.

The controllers fit the hands far better than those of the original Reverb. The longer, rounded handles fit more naturally in your palms. Each controller features a thumbstick, two face buttons, a trigger button, a grip button, a Windows button, and a menu button. Thanks to the better controller design, each button is easy to reach and doesn’t cause any sort of weird hand positioning. 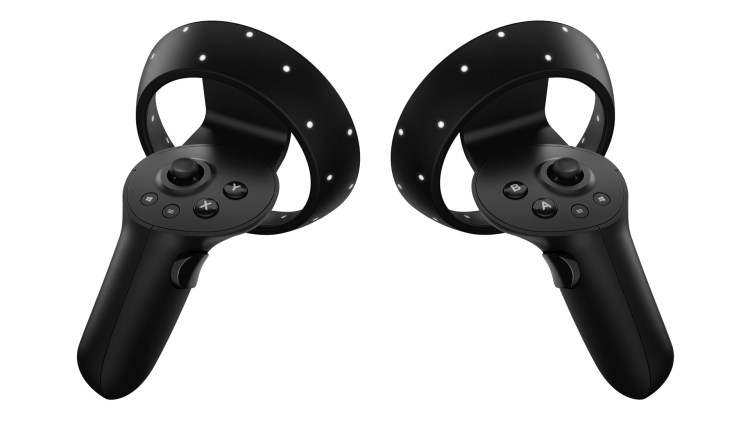 The controllers for the HP Reverb G2 aren’t the greatest for virtual reality tracking. (Credit: HP).

The headset features two more cameras, providing inside-out tracking. This allows you to not only keep the controllers in front of you, but also move them to the side and your motions will be captured. It was a great step in the right direction for the product line, but overall tracking just drops off too much for my liking at times.

When directly in front or to the side, the controllers work fantastically well. They are designed to match your in-game movement, and keep up with whatever your speed happens to be. Move them out of direct view, though, and that’s where things get inconsistent.

Simply putting my hands a bit low near my hips immediately sets the tracking into haywire. The cameras can clearly see the controllers, but there’s often a delay in positioning on screen versus where my hands are placed.

What was even more surprising, was the tracking loss when up close to the cameras. Playing Creed: Rise to Glory, I noticed the controllers lost tracking when I’d pull my arms in close to imitate blocking. Sometimes it even failed to register hooks or quick jabs.

When it works, tracking is wonderful. But, it’s inconsistency is sure to sour a lot of opinions.

The HP Reverb G2 is a definite step up from the first iteration. It’s a comfortable headset that you can sometimes forget you have on, and it’s clarity is second-to-none at its price range.

If the tracking and build quality was better, we’d be talking about the best headset on the market. Unfortunately, those issues can’t be overlooked. If you are looking to upgrade from, say, an Index, I’d hold off. Hopefully, future updates from HP and Windows lead to improved tracking with the controllers that will warrant that switch.

Still, if you’re willing to look past the tracking hiccups and want to either enter the VR realm or upgrade from a lower-end VR device, the aforementioned visual and audio quality make the HP Reverb G2 a solid investment.

If you’re willing to look past the tracking hiccups and want to either enter the VR realm or upgrade from a lower-end VR device, the HP Reverb G2 a solid investment.