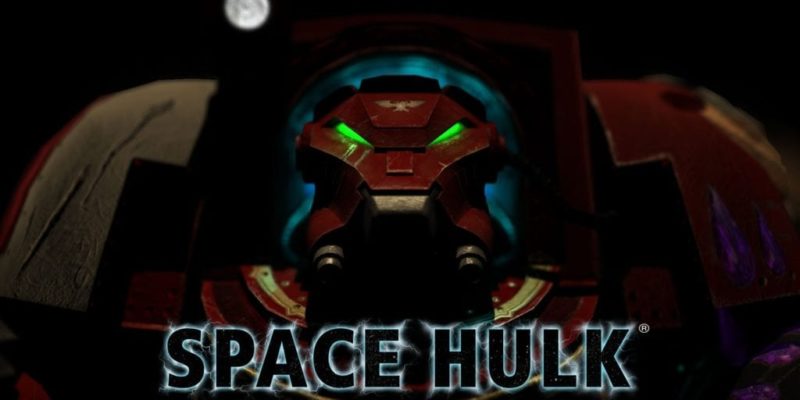 Sure, this intersection looks covered. But what if they drop out of the ceiling?

Space Hulk, the videogame adaptation of the boardgame that’s an adaptation of the tabletop game (whew,) will be released tomorrow on Steam. Those are the basics, but it’s important to know that Space Hulk was a really good boardgame, so if developers Full Control have created a worthy, turn-based conversion it’ll be something worth looking out for.

There have been other Space Hulk videogames of course, plus a couple of amateur projects to recreate the game, but this is the first one for quite some time and has the blessing of Games Workshop so it won’t suddenly be shut down by mighty legal powers. For those unaware, it’s set in the Warhammer 40,000 universe and deals with small squads of Blood Angels Space Marines in bulky Terminator armour boarding huge intergalactic vessels crawling with Genestealers (think Xenomorphs but more purple.)

In single player you’ll control the Blood Angels in a turn-based fashion across 15 increasingly brutal missions, while in multiplayer (online or hotseat) each of you will take a side. Despite asking twice for review code we haven’t actually received any, so there’s no official IncGamers seal of approval on this one; other than the fact that the boardgame was great.

Here’s the trailer. It says “out now” at the end, but that’s not quite true. It will be in about an hour, though.