With absolutely no fanfare, the vastly updated remake of Hyperdimension Neptunia has hit Steam.

Hyperdimension Neptunia Re;Birth1 – to give it its full and utterly ridiculous name – is a remake of Hyperdimension Neptunia, a game that is somewhat famous for being a completely horrible JRPG. The remake was much more warmly received, thanks to a new combat system, updated visuals, improved framerate, new voice acting, an altered plot, and about a billion other things. And now it’s on PC.

Judging by the Steam reviews and forum posts currently up, this port is firmly in the “eh” camp. On the one hand, its framerate is apparently locked at 60 (but 30 for cutscenes) and its max resolution is the bizarre 1600×900, rather than the more common 16:9 standard of 1920×1080. On the other hand, it lets you rebind the keys or use a gamepad. So… well, it sounds like it’s considerably better than the recent catastrophes of certain Final Fantasy titles. 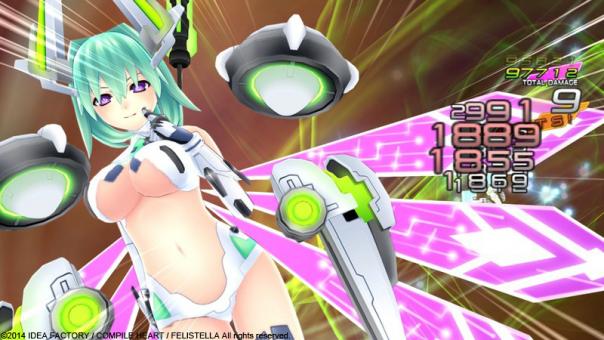 Hyperdimension Neptunia Re;Birth1 casts you as Neptune, one of four CPUs in the land of Gamindustri, which is being rocked by the Console Wars and no I swear I’m not making this up. The CPUs themselves are thinly-veiled references to the PS3, the Xbox 360, the Wii, and a fictional SEGA console, and those are only the start of the references. And yes, as the above screenshot indicates, it’s got more cheesecake than a high-end supermarket.

I can’t comment on the quality of the game, but I’ve heard it’s largely okay-ish – it’s entirely silly, but is pretty good at doing that. If you want to pick it up, it’s currently a whopping 50% off on Steam, bringing its price down from £22.99 to £11.49. On that alone, I might be tempted to grab this and give it a whirl.

Life is Strange is out now, which is strange