Immortals Fenyx Rising is another new open-world RPG from Ubisoft. It runs on Ubisoft’s Anvil engine, so I wasn’t expecting it to be well-optimized off the bat. However, it’s certainly a good looking game, even if it lacks the wow factor of Assassin’s Creed Valhalla. As such, I expect performance to get boosted in the coming weeks.

To be clear, though, aside from optimization, this is a good version. It’s not buggy and I had zero progression issues even after nearly 50 hours of play. A few loading issues do seem to remain, however.

Here are the minimum and recommended specs:

As you can see, my specs are in line with the recommended ones for very high settings at 1440p/60 fps. This is decidedly not accurate. I played the game at 1080p and it has consistently struggled to reach 60 frames. I averaged about 52 fps during regular play, which isn’t dreadful. But considering that I’m supposed to be able to comfortably run Immortals Fenyx Rising at 60 fps at 1440, it’s not what was promised. For comparison’s sake, I average roughly 45 fps while playing Watch Dogs: Legion, so this runs better than that at least. The bigger surprise is that I average 56 fps with Assassin’s Creed Valhalla, which is a more demanding game with considerably better graphics.

I’m hoping that further patches will smooth some of this out, as it’s a touch aggravating. Watch Dogs: Legion still hasn’t seen its performance considerably improved since launch though. Seeing as that game has been out for a month, I’m not holding my breath for Immortals. As I said in the opening paragraph, at least Immortals isn’t buggy. I had a few issues prior to the day one patch. For the most part, though, the game has been bug-free since then.

The only issue I’ve seen pop up is that the game has a tendency to stop and load with more regularity than the other two recent Ubisoft games. More annoying is how long it can take to bring up the options menu or inventory screen. I’d go to save my game and be forced to wait for a bit just to get the chance to do so. Regardless, I think they did a good job with this PC version. Just don’t expect to hit high framerates without certain cards. Next up, we’re going to take a look at the game’s display and graphics options.

Purely the usual suspects here as far as display options go. I will note that I feel like Immortals has a surprisingly wide FOV that makes Fenyx tinier than I like, so I prefer to turn that all the way down. With VSync off, I experienced absolutely no screen tearing. It has that resolution modifier, but that’ll only be practical for stronger cards. There’s not really much else to talk about here. Moving onto graphics options.

Immortals Fenyx Rising has remarkably few options for an open-world Ubisoft game, but the game looks fantastic regardless. It has cartoony graphics, so it doesn’t necessarily need the bevy of bells and whistles that the other games have. I will say, the game looks fuzzier than average with no AA on whatsoever. You also can’t change environment quality without completely restarting the program, which I found surprising, as the engine shouldn’t require that. Much like with the game’s display options, there’s not much to talk about here. Here are some comparison pictures for most settings. 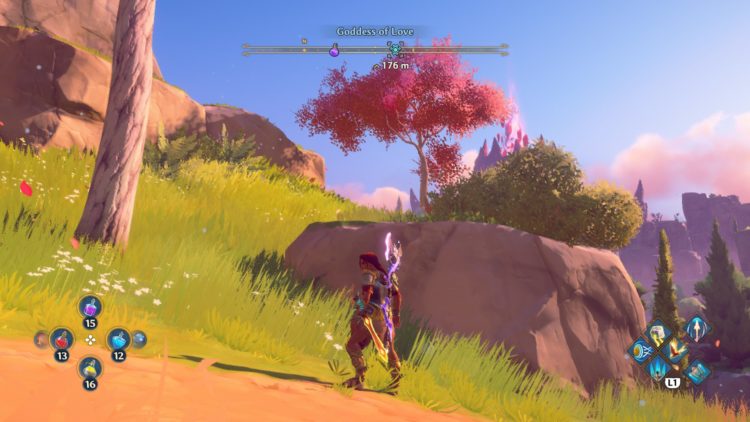 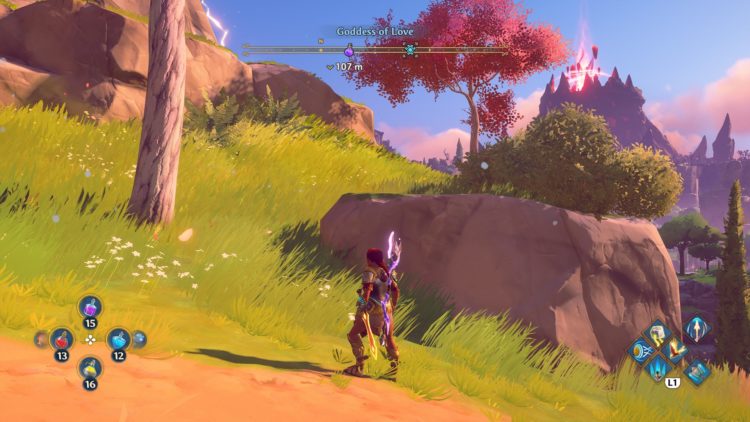 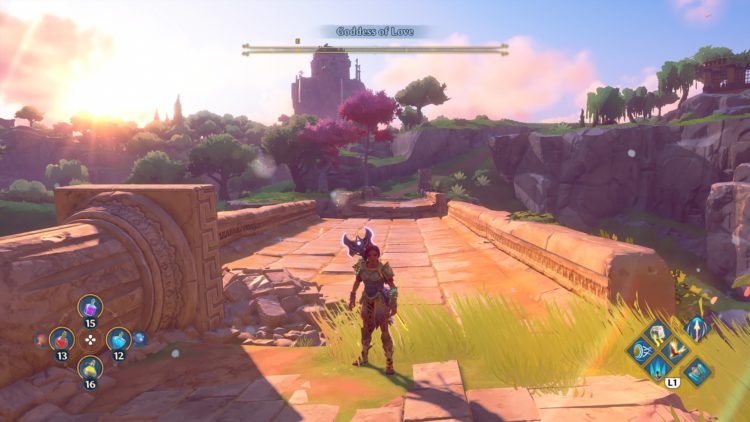 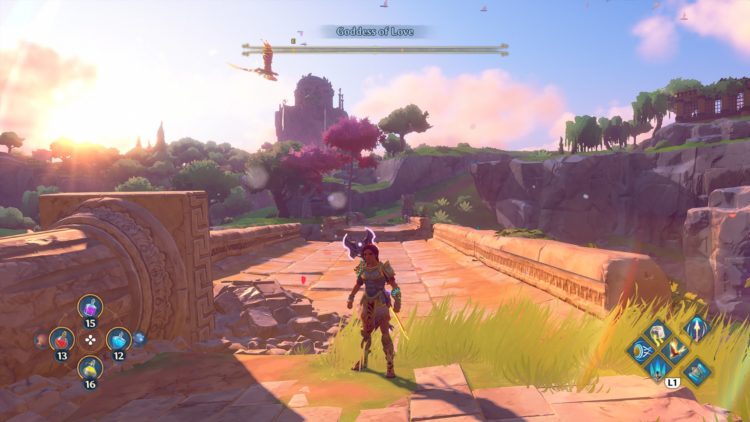 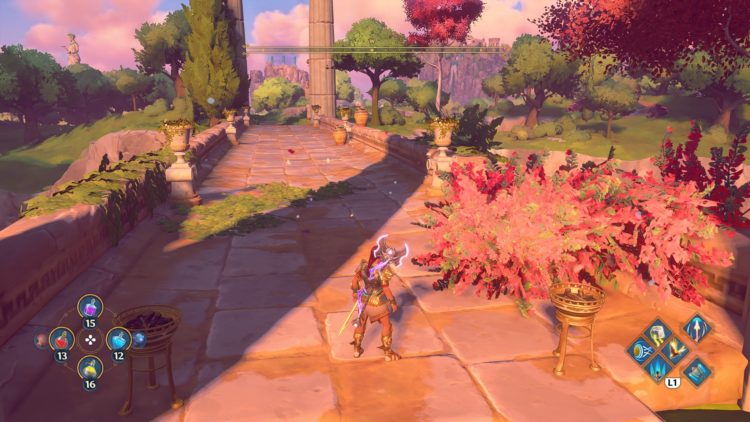 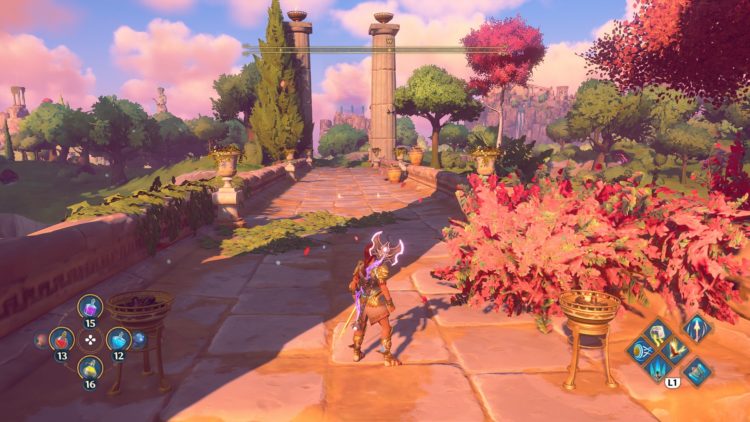 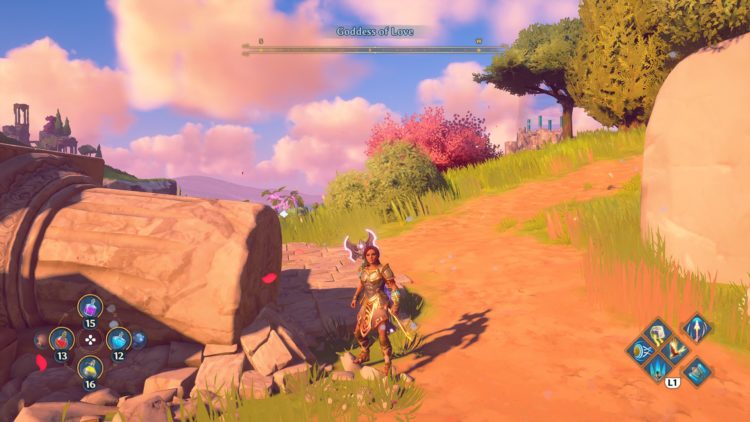 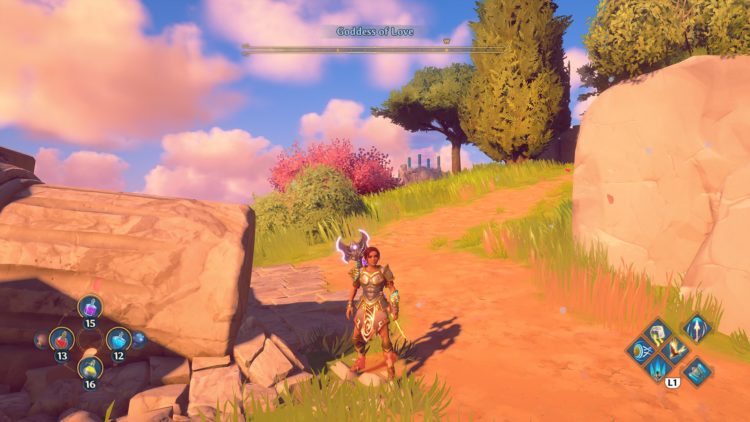 No matter what you do to Immortals Fenyx Rising, it’s gonna be pretty. I was certainly expecting more in the way of graphics options, but I’m in no way disappointed by the way the game looks. I have absolutely no idea how anyone got this thing to run on the Switch, though. Ubisoft must have some wizards on staff. Wizard staff. There’s a joke there. Maybe another time.

Any way you want it

Now’s the part of the tech review where we hold hands around the fire and sing about the control options. Much like the other two Ubisoft games from this holiday season, Immortals Fenyx Rising has full DualShock 4 support. All of the icons are where they’re supposed to be, plus there are pictures of it on the controls screen. I can’t believe this is still a thing I have to look forward to. Regardless of whether you’re playing on mouse and keyboard or via controller, absolutely everything is re-bindable and sensitivities are easy to adjust as well. Here’s a bunch of screenshots of that, I guess.

Pretty basic stuff, I gu- wait, does that say walking speed? You can also adjust the sensitivity of a single ability that you use to guide arrows, which is neat. Plus, all the holding and toggling options are nice. Leave it to a AAA game to have all these options and whatnot. Personally, I didn’t mess with any of this and had no problems whatsoever. There’s a lot of jumping, though, so this is one that I strongly prefer to play with a controller.

There you have it for our Immortals Fenyx Rising technical review. Aside from the lower-than-advertised frame rates, this is a very good version of the game that’s easy to recommend. There’s another patch scheduled for the week after launch, so that’ll hopefully make things a bit better. Alright. It’s over.

Beyond Good and Evil 2 still exists, according to Ubisoft financial report