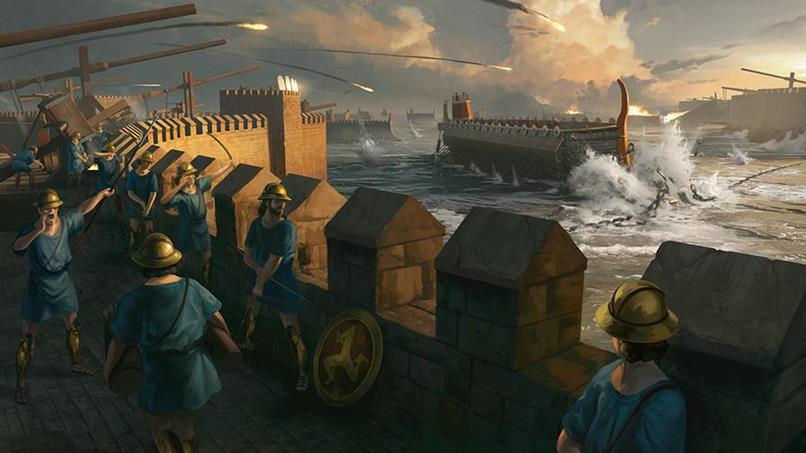 The Magna Graecia content pack for Imperator: Rome shines the spotlight on three Greek city-states: Athens, Sparta, and Syracuse. They have unique missions tailor-fitted for their expansion, conquest, and historical ascendance. Here’s our guide to help you out.

Note: With regards to Magna Graecia‘s and the Archimedes update’s religion changes, you can read our religious pantheon and holy sites guide. For more information about Imperator: Rome, you can check out our guides and features hub.

All nations in Imperator: Rome, regardless of culture, will have “The Matter of…” mission. This is a generic mission chain that focuses on your expansion into nearby territories and provinces. Similarly, the free Archimedes update adds a number of thematic missions for other Greek states. As for the Magna Graecia DLC, it adds multiple special missions for Athens, Sparta, and Syracuse.

It’s also possible for the Archimedes additions to become available once you’ve met certain criteria. For example, Sparta may unlock “The Hospitable Sea” mission to establish colonies on the Black Sea’s coasts, but only after pacifying the Greek mainland.

As mentioned in our Imperator: Rome preview article, you can only have one mission selected at a time, and you can’t even see the requirements for other missions. The goal is to plan your empire-building and complete certain tasks beforehand so you can be ready once these requirements are needed in due course.

Note 1: Tasks are numbered based on how they appear per row in each mission. Separate branching paths, as well as mutually exclusive branches, are also cited.

Note 2: Nations or settlements that are mentioned will likely become mission targets. You should try to avoid treaties or alliances with them since you do need to conquer their territories — unless there’s an option to complete an objective diplomatically. Mission 3: “Democracy in Athens” – follow the democratic will of the people, use corrupt means, or become a tyrant

Tyranny (mutually exclusive with the two above):

Mission 4: “Restoring the Delian League” – a culmination of your diplomatic efforts to reunite the Greeks Mission 2: ” Protector of the Peloponnesus” – continue rebuilding and defending the peninsula

Mission 3: “The Second Peloponnesian League” – rebuilding your alliance network to face off against your rivals

Cities of the Peloponnesus: Mission 1: “Death to Tyrants” – Eliminate the last vestiges of tyrannical rule via a coup or civil war, and establish a republic.

Mission 2: “Leadership of the Siceliotes” – Become the champion of Sicily.

Mission 3: “Punic Rivalry” – It’s time to drive Carthage out of Sicily for good.

Mission 4: “Hegemon of Magna Graecia” – Unite the tip of Italy’s boot under your banner.

Imperator Rome‘s Magna Graecia content pack releases on March 31. You can find it on Steam. For more information about Imperator: Rome, you can check out our guides and features hub.