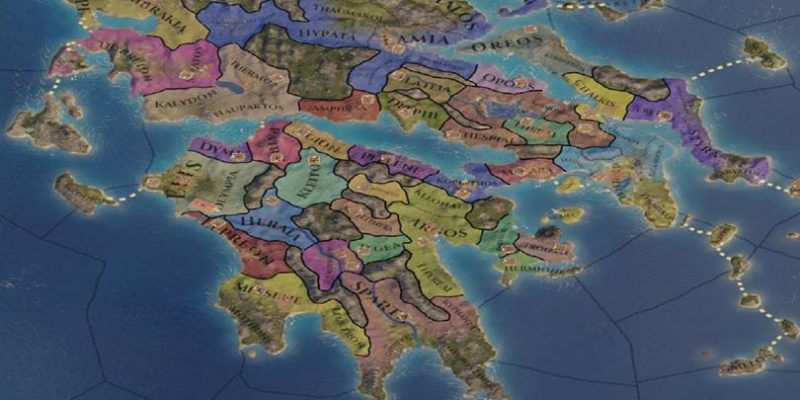 Imperator: Rome‘s Magna Graecia content pack adds a lot of objectives and mechanics for long-time fans to try out. This also goes hand-in-hand with patch 1.4, the Archimedes free update, which is free to all players. Here’s our mini-guide to help you out with your nation’s religion, pantheon, and holy sites.

Note: With regards to Magna Graecia‘s focus on the expansion of Athens, Sparta, and Syracuse, you can read our Greek missions guide. For more information about Imperator: Rome, you can check out our guides and features hub.

As mentioned in our preview article, Imperator: Rome‘s Magna Graecia DLC and Archimedes free update have many new features for players to sink their teeth into. Unfortunately, there are also a number of shortcomings whether it’s the opaque UI or how mechanics don’t mesh well together.

Given these concerns, this guide aims to provide an outline of what you can expect from the religion system overhaul. Likewise, while some fixtures such as gods and goddesses and holy sites are generated by events, missions, or apotheosis, we simply look at the ones present once you start your Imperator: Rome campaign. Of course, the means of adaptation and end results will still depend on the player’s choices. For beginners, we also advise you to check out our “Things to do before you unpause” article to get a gist of the basics. 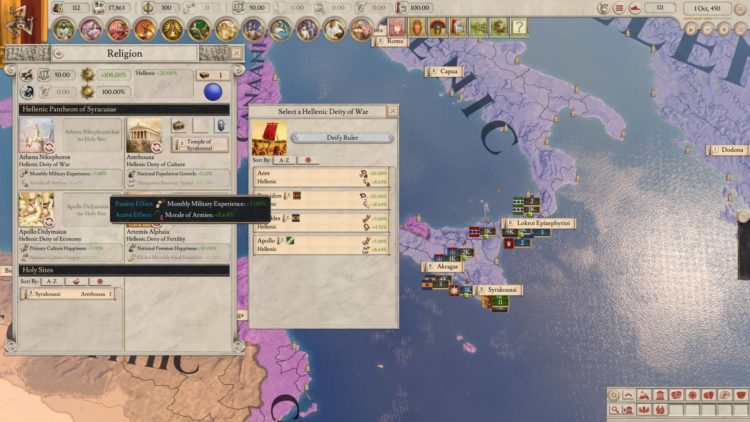 All pantheons in Imperator: Rome represent the four cornerstones of your fledgling empire: war, culture, economy, and fertility. Specific deities may be assigned to each. They provide a passive buff (P) and an active buff (A) that’s initiated when you call down an omen. For now, we’ll focus on the Hellenic Pantheon for the three featured Greek nations in the Magna Graecia DLC. 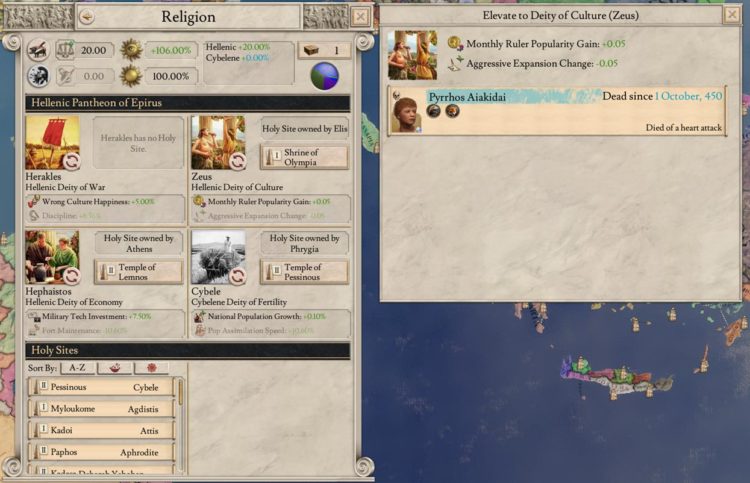 Apotheosis: The deification of your ruler

Many holy sites exist already once you start your Imperator: Rome campaign and you can see these if you switch to the religion map mode. Should your chosen faction already control one, then you’ll see a slight increase to a deity’s passive and active buffs.

Holy sites can also have sacred treasures/holy relics “socketed” to give extra boons. The number is dependent on the settlement’s level. Now, if you’re in control of a settlement with a holy site, you can choose to desecrate/destroy it so your faction can obtain these treasures. Desecrating a holy site is the only way to “unequip” your own treasures if you somehow made a mistake. This is not advisable since rededicating another holy site can be costly.

Note: Holy sites are specific to a being’s name, including their epithet, even if they’re the same god or goddess. As such, a holy site dedicated to “Athena” does nothing for “Athena Promachos” or “Athena Parthenos.” The same applies to “Zeus” versus “Jupiter.” 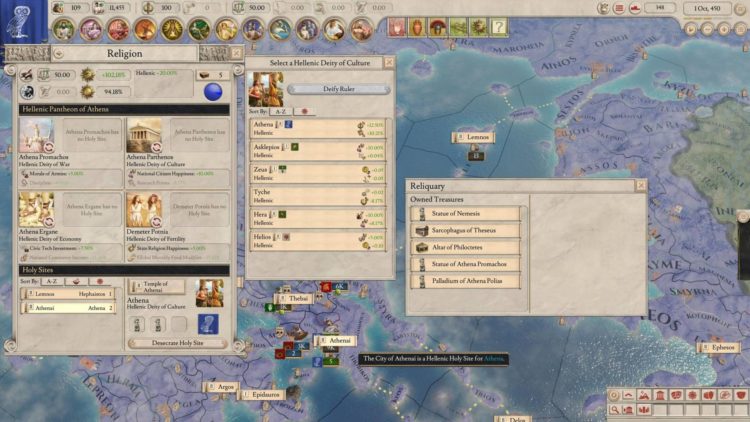 You can build a holy site dedicated to any deity as long as no other holy sites exist for that divine being. You may need to desecrate existing ones in faraway lands if you wish to create these in nearby territories.

In any case, just click on any owned settlement and mouse over the obelisk icon (seen below). This will set you back 400 gold and 100 political influence, but the construction will be instant. 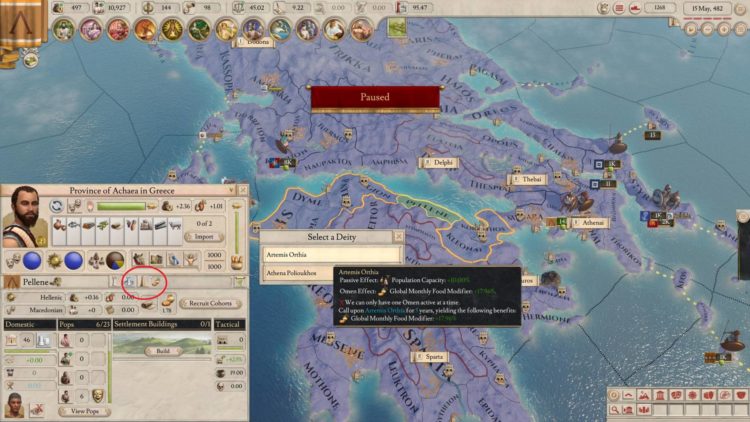 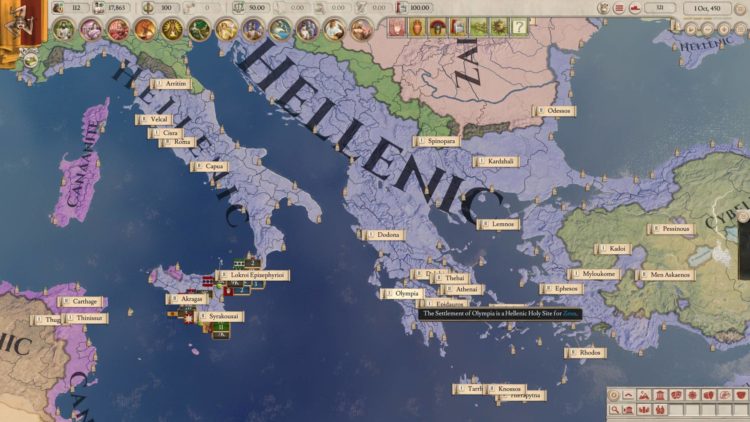 Imperator Rome‘s Magna Graecia content pack releases on March 31. You can find it on Steam. For more information about Imperator: Rome, you can check out our guides and features hub.

By A.K Rahming2 hours ago
Guides

By A.K Rahming12 hours ago
Guides

By A.K Rahming4 days ago
Guides