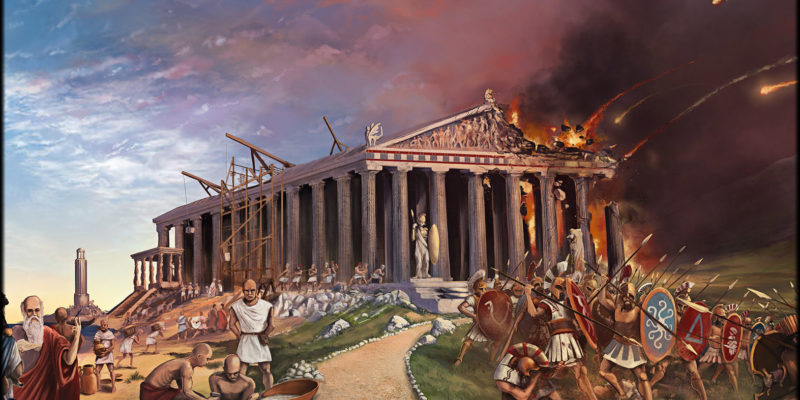 Imperiums: Greek Wars is an upcoming 4x grand strategy game developed by Kube Games and set in Classical Greece in 359 BC. It’s important to note that date – it’s the year that Phillip II, the father of Alexander the Great, became the king of Macedon. He sort of paved the way for Alexander’s conquests of Greece, Egypt, and Persia, so expect him to play a central role in the game. And if the game is true to form, expect his armies to be a tough nut to crack.

Imperiums: Greek Wars allows players to choose from 30 different factions. You have your Greek mainstays like Athens and Sparta, but there are also some forgotten but equally important factions. These include Korinth, Thebes, Thessalonia, and, of course, Macedon. You can also play as the Achaemenid Empire, which suffered devastating defeats at the hands of the Greek city-states over a hundred years before.

Each faction has a unique situation and nation-specific objectives. For example, Phokis controls the sacred Oracle of Delphi. Meanwhile, Korinth presides over the strategic Isthmus of Korinth, so everyone will try to curry your favor. 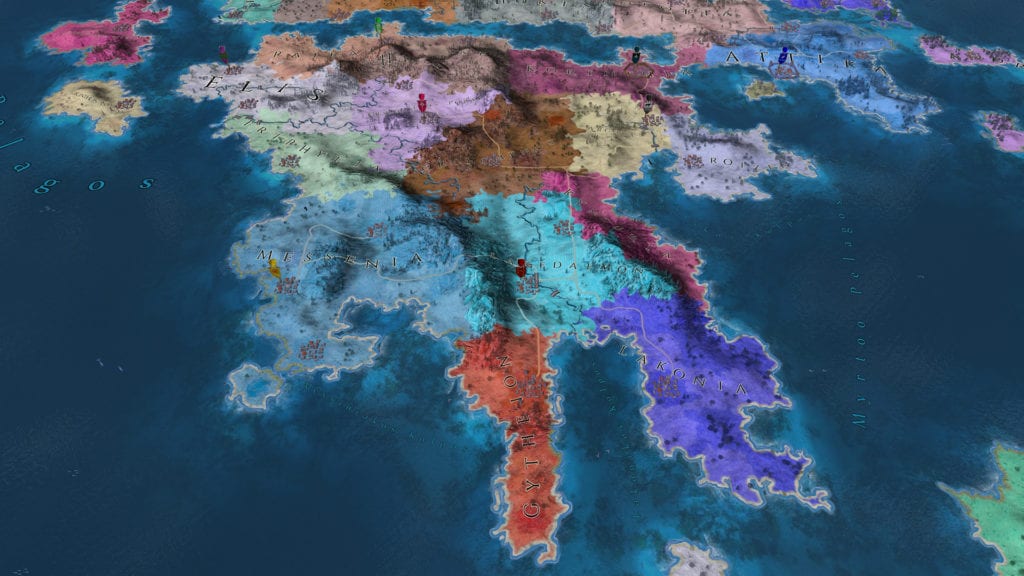 Imperiums: Greek Wars will allow players full control over the faction of their choosing. You are the supreme leader, in control of military, political, and economic decisions. If you’re worried that this all might be a little too daunting, don’t worry: there will be a guidance system to help you along the way. I imagine it might work similarly to advisors in the Total War series.

If the more traditional trappings of a 4X game seem a bit stale to you, then Imperiums has you covered. You can undertake quests to find ancient relics treasured by the Greek peoples. Players can travel in the footsteps of mythological heroes to find the Golden Fleece or untie the Gordian Knot. And who knows what other myths you can chase. Can you send a general to perform the Twelve Labors of Herakles? Or maybe find the ruins of Troy?

Whatever the case, it’s interesting to see that the game will have a large focus on mythology. After all, a large part of a ruler’s pedigree and right-to-rule came from the idea that they were descended from legendary heroes. 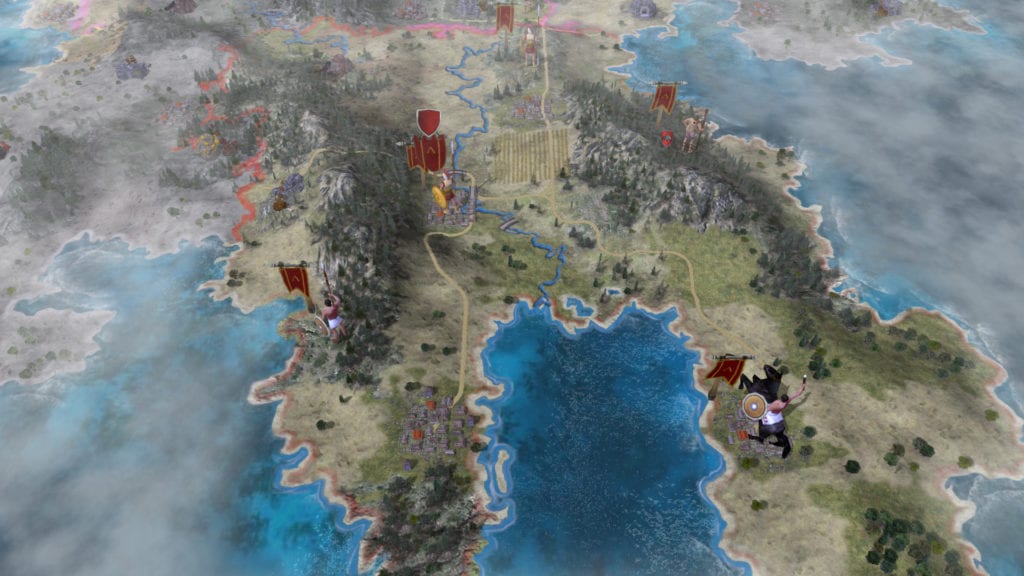 If you played the predecessor, Aggressors: Ancient Rome, then Imperiums: Greek Wars might look familiar to you. It’s made by some of the same developers, but they have since formed a new company and decided to self-publish their titles. While the game will share some similar elements with its predecessor, the devs did mention a few key improvements:

Also, Imperiums has multiplayer so you can try to conquer Greece with your friends. If that sounds good to you, look forward to Imperiums: Greek Wars‘ release in Q1 2020. You can go ahead and wishlist it on Steam, too. 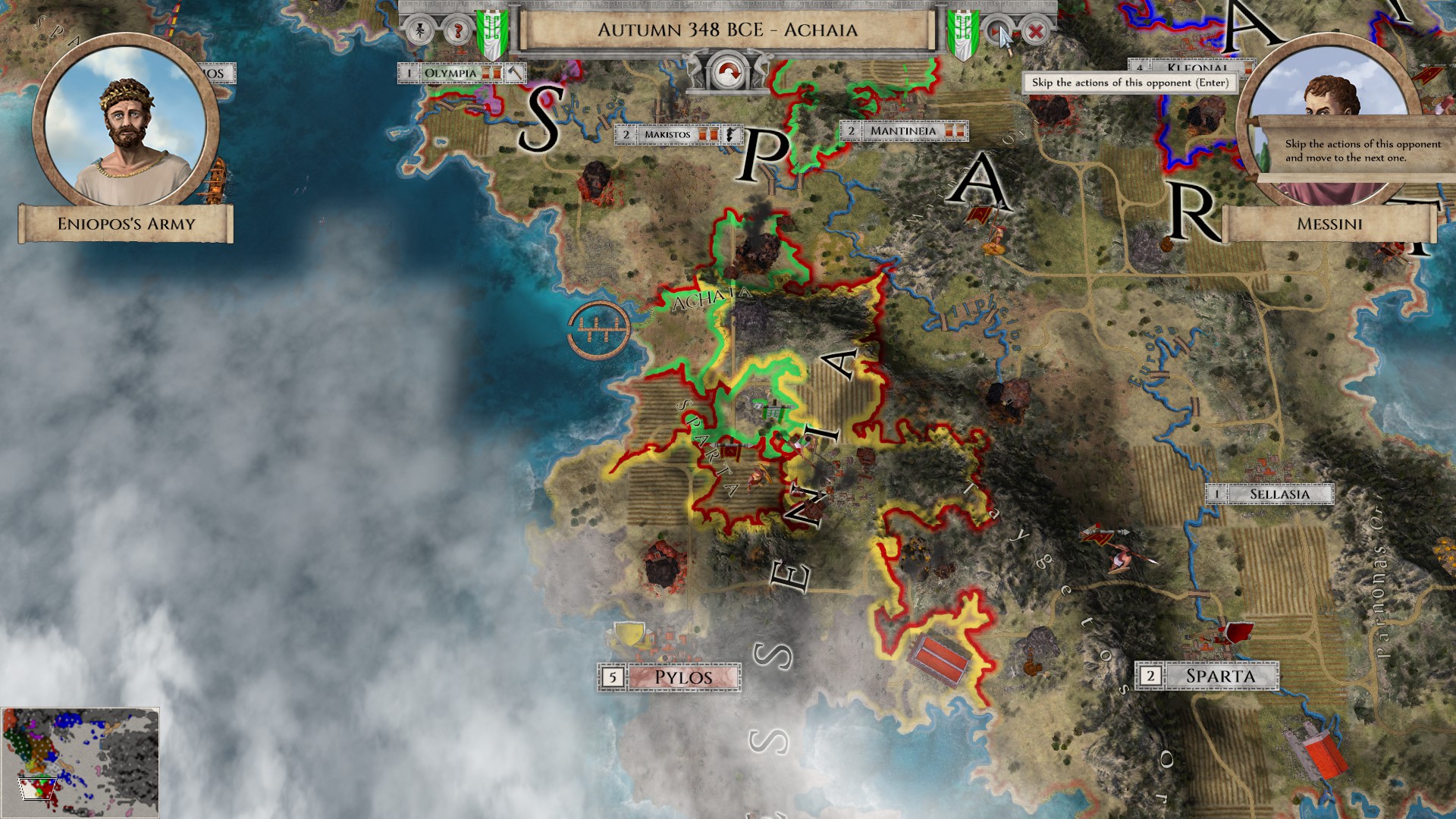